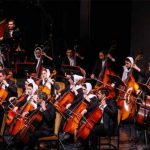 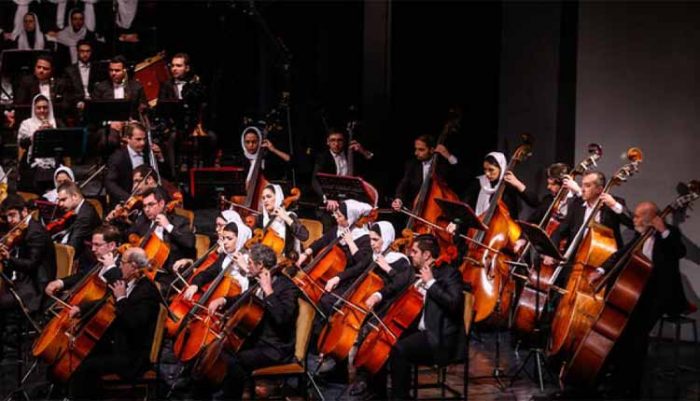 A charity concert was disrupted in northwest Iran last week, and women musicians were banned from performing.

The ILNA news agency reported on the surprise prohibition of women musicians from the May 22nd event, which is one of the largest annual charity programs in the city of Qazvin.

The women are part of a traditional musical group that was scheduled to play the charity program in the auditorium of the Azad University of Qazvin. Before the concert began University President Moussa Khani entered the auditorium and ordered the women in the group to leave, explaining that they were banned from performing in the show. The women were forced to leave the venue and were not allowed to watch the male musicians perform from the audience.

Ahmad Shokri, the organizer of the charity event, spoke to ILNA about the incident. He said: “The group female musicians is the most respected traditional music group in Qazvin province who agreed to perform for the charity for free. But in the middle of the event, by the order of the dean of Azad University of Qazvin, they were prohibited to perform on the stage.”

“They were not even allowed to sit in the audience, which prompted many of the artists to leave the event in protest,” Shokri added.

Artistic expression is commonly targeted for suppression by the extremist regime. State-run television will not even show musical instruments in its broadcasts. Women are subject to the most repressive restrictions on artistic performance though. Women are forbidden from publicly performing in theaters and music groups. Women may not perform as vocalists in the presence of men.

In February 2019, the regime’s religious police banned a pop group after a female guitarist sang a 12-second solo during a concert in Tehran.

On May 17, 2019, Negar Moazzam was placed under surveillance by the Prosecutor’s Office of Isfahan Province after singing a song during a sightseeing trip to the historical village of Abyaneh.

After the 1979 Revolution, women were forbidden from singing in public. Many female singers fled the country as a result. Those who did not were forced to stay home and silence their voices.

Women are subjected to a number of misogynistic restrictions by the Iranian regime. Female athletes are banned from public performances. Women are not even allowed to enter stadiums when men are competing.

Public cycling by women was recently banned in the city of Isfahan after pressure from clerical leaders. Women found in violation may have their bicycles confiscated.

At the beginning of Ramadan, regime Supreme Leader Ali Khamenei warned men that they should not even look at women during the holy month. He said that morality police would enforce the restriction and violators would be punished.

In the free #Iran of tomorrow, Iranian women will uproot violence and injustice with their active and equal participation in political leadership. #VAW #ViolenceAgainstWomen pic.twitter.com/eUz1YDYelw

The recent crackdown on women is part of the regime’s latest strategy to avoid overthrow through fear and suppression. The mullahs, who are fearful that the economic catastrophe enveloping the country will lead to a widespread revolt led by the MEK, hope that creating a climate of fear will prevent the people from rising up. This strategy has only served to make the Iranian people angrier.