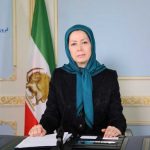 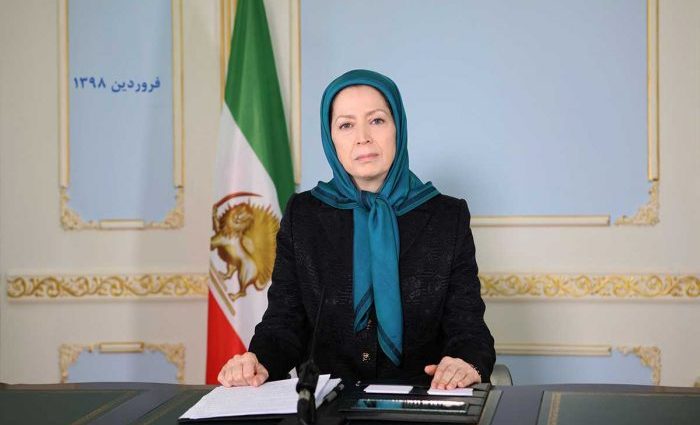 The President-elect of the Iranian opposition, calling on the youth of Iran to rush to the aid of the flood-stricken victims-March 2019

On Wednesday, March 27th, Mrs. Maryam Rajavi, President-elect of the National Council of Resistance of Iran, issued a statement to the people of Iran who have been devastated by the catastrophic flooding in 30 of the nation’s 31 provinces.

I urge the freedom-loving youths and members of resistance units and councils to not lose any opportunity in helping the flood-hit families. Help the people organize their popular councils which is the only solution for prevailing over this devastating flood.#Iran#IranFlood pic.twitter.com/lrwTjnPB5Y

Mrs. Rajavi joined the people in condemning the regime for its role in exacerbating the severity of the flood’s destruction through its “overwhelming corruption and crimes.” She then enumerated some of the decisions that led to disastrous consequences.

“The corrupt mullahs have inflicted this catastrophe on Shiraz and its valiant people,” Mrs. Rajavi explained. “They destroyed the channel which used to lead flood waters out. In the dry seasonal river bed beside Darvazeh Quran, they built urban facilities to gain huge profits for themselves and their accomplice.

By destruction of the environment, and irregular construction of roads and buildings, the regime’s leaders and the IRGC have ruined the traditional barriers to flash floods, causing devastating flooding of cities and villages. #Iran#IranFlood

“In Golestan Province, it has been several years that they have failed to dredge the Gorgan River. They have destroyed vast parts of the forests and pastures, and they have evaded to drain the farms and manage the watershed.

“In other cities, they have constructed buildings in the periphery of rivers or have blocked the natural paths of rivers. In implementing such a corrupt policy, they have taken over, damaged or sold river banks, seashores, foothills of mountains, and jungles which are public properties,” she added.

All the resources stolen by the IRGC, the Army and other government agencies, belong to our people. They must be placed totally at their disposal so they could prevent further damage and devastation.#Iran#IranFlood pic.twitter.com/THE8JusZHC

Mrs. Rajavi also condemned the regime for failing to provide emergency aid to flood victims. She said, “Amid the disastrous flood and such vast devastation, there is not much presence of aid workers and relief agencies. Instead, the mullahs have dispatched the Revolutionary Guard Corps and the Basij paramilitary force to quell the outbreak of protests.”

A Call to Protest

Mrs. Rajavi said that the regime’s rule was at its end and urged MEK Resistance Units and cities to rise up and protest. “Taking shelter in their [clandestine] “missile cities” will no longer save the mullahs, because now is the time for rebellious cities and Resistance Units. The time has come for protests and uprisings by a nation that is determined to salvage themselves, their livelihood, and the future of their children from the evil torrent of the Velayat-e Faqih theocracy.”

Rajavi expressed her condolences to the families of the victims of the flood in Shiraz and other provinces and offered prayers for those who were injured.

The Power of Solidarity

She also restated her previous call to the people of Iran to work together to help those affected by the flood.

“The only way and the best way is that we help one another,” she said. “No one and no other power is more effective and more accessible than the power of solidarity among us.

I call on all my fellow compatriots to cooperate together in the flood-hit areas and in areas which are in danger. The only way and the best way is that we help one another. No one and no power is more effective and more accessible than the power of solidarity among us.#Iran pic.twitter.com/Wxck0sNyZn

“I urge everyone, particularly the young men and women, to form their popular councils in every neighborhood, and in every city, town and village to confront the floods and their disastrous consequences.”

She went on to say, “Rush to the aid of families affected by floods and show them your love and compassion. The mullahs have inflicted such a calamity on our people and cities. Let us build amid such disaster, our own solidarity and kindness which is the greatest strength of our nation.”

Mrs. Rajavi urged the Iranian people to unite in their sorrow and rebuild the country together. “Let us build with our tears and sorrows a force of sympathy and unity against the mullahs. In these difficult days, rely on one another and let people rely on you. Take one another’s hand and let us come together to advance our plans for a free and prosperous Iran,” she concluded. 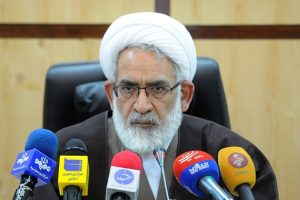 The Iranian regime Attorney General said that publishing “fake” news on the floods was a security violation and will be treated as “disrupting the security of the country”, a new height in regimes censorship-March 27, 2019

The regime’s response to the floods has been widely criticized. Flood victims across the country are still waiting for assistance, and government officials have not published accurate information about the disaster. Regime officials cite the number of deaths as 19, but numerous eyewitness accounts and reports from all over the country put the numbers at well over one hundred.

On Wednesday, regime Attorney General Mohammad Jafar Montazeri said that anyone who publishes “fake” news about the flood will be identified and dealt with.

Colonel Ramin Pashaie, the Social Deputy of the Iranian regime’s FATA (Cyber Police) made a similar statement, which was carried by the state news agency, ISNA news agency. “We have asked all provinces to monitor the Internet and if they witness any rumors or content that disturbs public opinion or social peace, to quickly carry out necessary measures to deal with the publishers once identified,” he said.