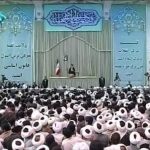 Written by Admin on January 12, 2019. Posted in NEWS, PMOI/MEK Support in Iran 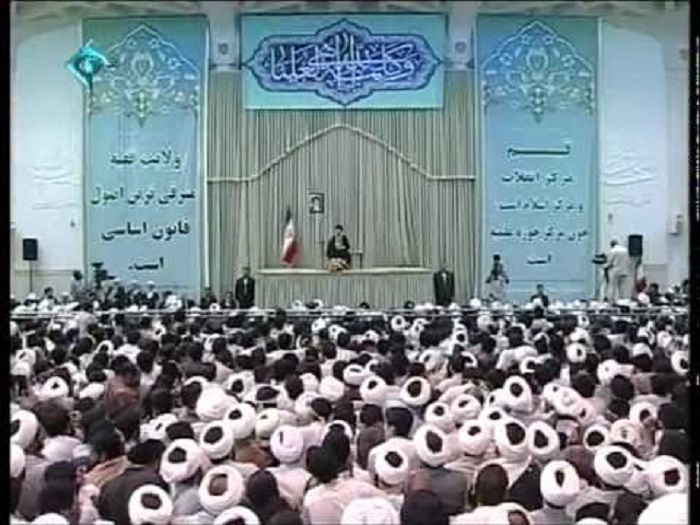 Khamenei’s speech in the religious city of Qom. Khamenei warned against MEK’s influence within the clergies in Qom

On Wednesday, January 9th, the Iranian Supreme Leader Ali Khamenei delivered a speech in Qom. In his speech, he expressed concern over the rising influence of the People’s Mujahedin Organisation of Iran (MEK) and the opposition group’s ability to mobilize the Iranian opposition and organize street protests across the country.

He said, “the arrogant are inviting the people to confront the system. It’s necessary that the people stand up in front of this publicly and move against it. The youth must transform cyberspace into a tool against the enemy.”

He went on to reference a recent speech by Donald Trump’s National Security Adviser John Bolton when Bolton addressed the MEK in Albania during an event marked to celebrate Persian New Year.

Khamenei said, “a while ago, not far from here, an American politician said to a crowd of thugs and terrorists he hopes and wishes to celebrate Christmas in 2019 in Tehran.”

A Regime Under Pressure

Khamenei’s remarks illustrate the extent to which the regime finds itself under intense scrutiny at home. The MEK’s strength is growing as 2018 saw a wave of protests wash across Iran. Fearing for their future in power, the mullahs have lined up to attack the MEK and their supporters.

The clerical regime has increased its attempts to limit internet freedoms and counter the MEK’s influence in the digital sphere. Following protest over a contested election that broke out in 2009, the Iranian regime severely limited access to social media websites including Twitter, Facebook, and YouTube.

Then, following a fresh round of nationwide unrest at the beginning of 2018, the regime blocked Telegram, a popular instant messaging app with more than 40 million users in Iran.

There have also been recent plans to block Instagram and replace it with a regime-created Iranian replacement which allows regime agents to spy on users and control the content available.

On Wednesday, the Iranian regime’s general prosecutor Mohammad Jafar Montazeri said, “if we don’t manage cyberspace in the country, our situation will grow worse every day.”

Other members of the regime have also expressed concerns. Abdollah Ganji, a director of the state-run Fars News Agency, said at the tail end of 2018, “the MEK members who were relocated from Iraq to Albania are creating content for social media networks.”

The MEK has published the results of several investigations on their social media channels, including in-depth investigative pieces on the lavish lifestyles of the mullahs and their misuse of public funds. 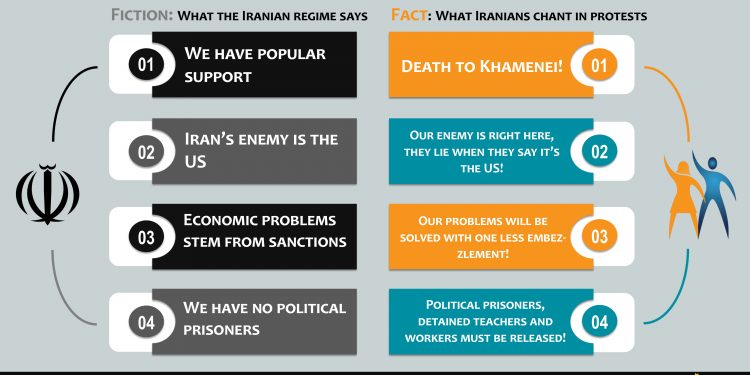 In exchange for their efforts, the MEK has had to face stinging barbs from regime leaders on an almost daily basis. On the same day, Khamenei addressed the people at Qom, Ahmad Khatami, a member of the Assembly of Experts council, accused the MEK of undermining “the security of the people.”

Despite their repressive measures, the regime has been unable to quash domestic unrest and prevent the public from mobilizing in protest. Protests have spread across Iran like wildfire, and the mullahs are scrambling to avoid being caught up in the blaze.