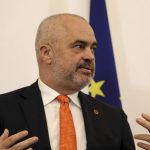 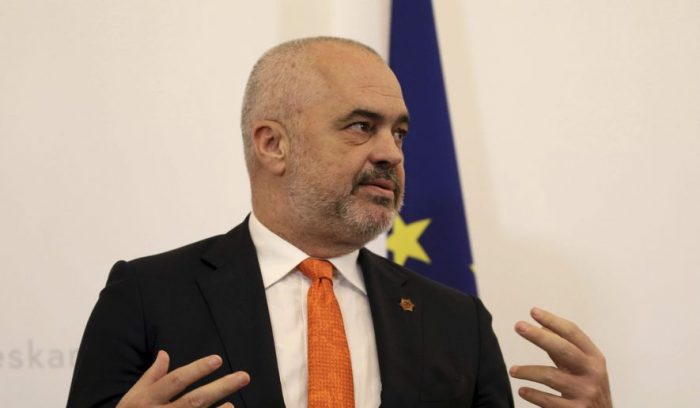 Edi Rama, Albani’s Prime Minister. He recently expelled Iranian regime’s Ambassador and his deputy for their involvement in terrorist activities against MEK

Todd Wood covered the Albanian expulsion of Iranian diplomats for the Washington Times. His piece appeared on the platform’s site on Thursday, December 20th.

The Washington Times piece outlined the threat the Iranian regime poses to nations’ national security in the West. “Tehran has continued to run terrorist operations out of its diplomatic installations around the world”, Wood quips. “It is a criminal, a malignant cancer of a regime bent on exporting its medieval and corrupt dogma throughout the Middle East and the world”.

Many of the regime’s terror operations in Europe have been conducted against the People’s Mujahedin Organisation of Iran (MEK), a fearless pro-democracy group whose members are living in exile in Albania.

A plot in June sought to detonate a car bomb at the MEK’s annual Grand Gathering event in Paris. The event was attended by political figures and journalists from around the world, including former House Speaker Newt Gingrich, and former New York Mayor and Trump’s legal advisor, Rudy Giuliani.

The MEK compound in Albania has also been a target. A foiled Iranian mission to attack the compound during the Persian New Year celebrations in March led to the detention of Iranian agents.

Albania’s decision has been met with praise from democracy advocates around the world. The leader of the Iranian opposition, president-elect Maryam Rajavi, released a statement in which she praised the resolve of the Albanian prime minister.

Expulsion from Albania of the mullahs’ Ambassador and Intelligence Ministry station chief is a necessary step in countering terrorism and the religious dictatorship ruling #Iranhttps://t.co/wk5V8fi2Ot pic.twitter.com/cq4elXL7vt

She said that the mullahs in Iran must be shown that their “terrorist activities in Europe and across the world will have serious consequences”.

The regime’s campaign of terror against the Iranian opposition in Albania also shows the extent to which the organization threatens the regime’s existence. At the MEK’s Grand Gathering event in Paris, Rudy Giuliani asked, “if the MEK was not a threat to the regime, why are they trying so hard to kill them?”

A Regime in Turmoil

There are other signs that the regime is growing increasingly desperate in its bid to remain in power. The regime has intensified its campaigns of repression within Iran. Regime agents have carried out raids on protestors homes.

Following the nationwide protests at the beginning of 2018, the regime arrested more than 8,000 peaceful protestors and members of the political opposition. These are not the actions of a regime confident about its position in power.

The good news is times are changing. The regime no longer has a president in the White House that is willing to make concessions. Trump has shown that he will not tolerate Iranian aggression.

The Trump administration is urging its European allies to adopt its economic sanctions against the Iranian regime to curb its nuclear ambitions and end its missile development programs.

Todd Woods concludes, “thankfully, we finally have a president willing to stand up to the Iranians and their enablers and make them worry about their own very survival”.