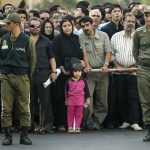 Nobody is Exempt from the Regime’s Violent Punishments 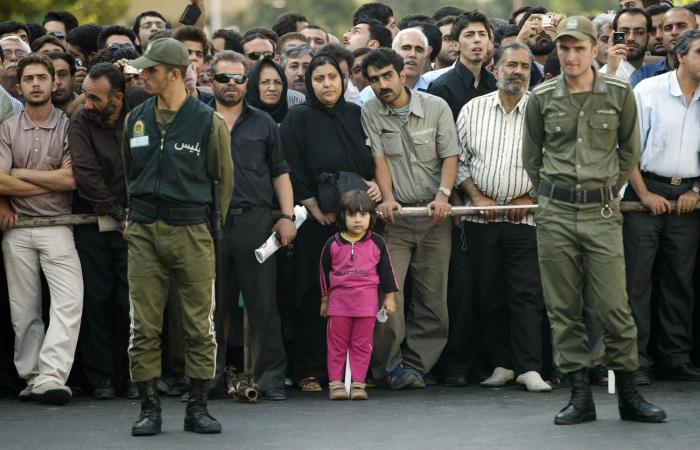 Archive Photo: The crude scene of a public hanging in Iran.

The clerical regime in Iran remains among the most and violent dictatorships on earth. Only China carries out more executions per year than Iran, and the country has a population 17 times larger than Iran’s.

The mullahs execute more people per capita than any other country in the planet and according to figures released by Amnesty International, more than half of all the executions that take place each year take place in Iran.

The regime in Tehran is ruthless in its application of the death penalty. Nobody is spared including juvenile offenders and women.

Iran is among a handful of countries on earth that executes young offenders. There are currently 85 individuals on death row for crimes they committed as a minor. The regime detains young offenders until they reach the age of 18. Then they execute them.

In one recent case, the regime executed Mahboubeh Mofidi, a 20-year-old accused of murdering her abusive husband when she was 17. She had been forced to marry the man when she was just 13.

In 2018 alone, 223 people have met their end at the hands of the regime, including 6 individuals who were executed for crimes they committed under the age of 18.

The death penalty is a tool for the regime

The regime uses the death penalty as a political tool to cement its position in power. When anti-regime protests and strikes occur, the mullahs are quick to remind the public that they are not just risking their liberty in protesting, they are risking their lives.

The death penalty is widely employed against members of the political opposition. In 2018, 10 political prisoners have been executed, several of which were denied a fair trial.

Ramin Hossein Panahi was executed in early September over allegations he pulled a gun on Iranian security agents. He confessed to his crimes, but his family suggested that in court he showed signs of torture on his body. He subsequently went on hunger strike in Rahaei Shahr prison in protest at his circumstances.

Three Condemned for Corruption after Bloody Month of Executions

A similar story occurred in the case of Mohammad Salas. The 51-year-old was accused of killing three police officers. The only piece of evidence connecting him with the murder was a confession he allegedly made from his hospital bed. He was denied access to a lawyer throughout the proceedings and was sentenced to death last March.

Prisoner’s on death row also report horrifying and brutal conditions. Many report prolonged periods of solitary confinement and tortures akin to those used in Medieval Europe, including scalding with boiling water, pushing needles into their genitals, hanging prisoners by their wrists and ankles, pulling out prisoners’ fingernails, and floggings.

When prisoners are finally taken to the gallows, often their families are not informed, giving them any opportunity to say goodbye.

To add insult, the families are often billed for the noose used in the hanging, or the bullet used to shoot them. They are often prevented from retrieving the victim’s body until the debt has been paid in full.

Iran Human Rights Monitor, as well as the MEK and other Iranian opposition groups, call on human rights advocates around the world to use their position to pressure the Iranian regime to abandon this barbaric and outdated form of punishment.