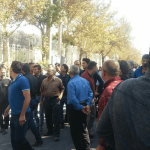 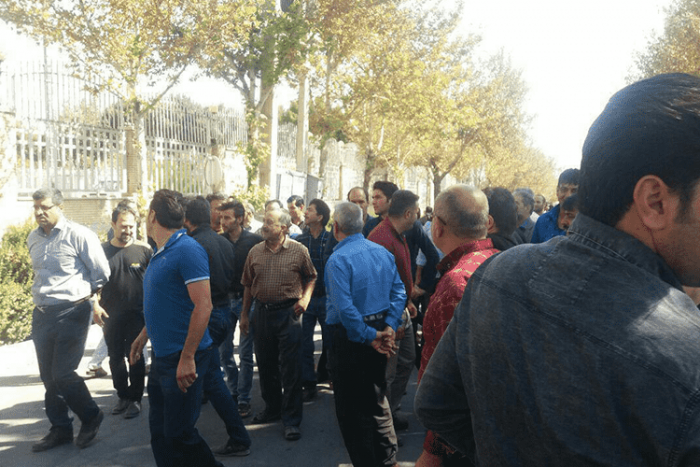 Truck Drivers’ strike continues into the third week, despite regime’s threat to punish the protesting drivers and even executing them

Wednesday marked the 18th day of the latest round of strikes by Iran’s truck drivers. The truckers are protesting the high price of replacement tires and spare parts, low pay, rising prices, corruption among officials, and increasing fees.

#Iran's uprising is very much alive in the truck drivers' nationwide strike movement.#IranianTruckersOnStrikehttps://t.co/t4kZtFdEQF

On Wednesday, the striking drivers gathered in front of the Governate’s office in Isfahan to protest the price of spare parts. They held signs that read, “We want lower tire and spare parts prices!”

This is the third round of strikes since May by Iran’s hardworking truck drivers. Despite earlier promises by the regime, the truckers’ demands have gone unmet, forcing the drivers to park their trucks once again.

Truck drivers play an essential role in Iran’s infrastructure, but they are not valued by the country’s corrupt regime, leaving half of Iran’s transportation workers living below the poverty line.

A video shared on social media from Fars Province showed factories loading goods onto pickup trucks because there are no trucks to take the deliveries.

Mrs. Maryam Rajavi, President-elect of the Iranian Resistance, commended the truck drivers and encouraged Iran’s youth to support them in their strike.

Reports from MEK network inside Iran shows that factories are forced to load their goods into pickup trucks as a result of the ongoing strike. A video taken in Doroud, in Lorestan Province, shows parked trucks in loading terminals.

The regime’s judiciary has arrested more than 200 truck drivers since the last round of strikes began. Regime officials have threatened to use the death penalty against those who “disrupt” road regulations, calling the striking truckers “bandits.”

A court in Qazvin followed through on this threat, requesting the death penalty for 17 detained truck drivers.

The truckers’ strike has deeply impacted the lives of the truckers and their families, who were already struggling to survive on their meager salaries. With each strike, the truck drivers go without income for weeks, making their already precarious financial situations even direr. The striking truckers now also face arrest and the possibility of execution by the brutal regime. Nevertheless, the strikes continue because the drivers see no other way to protest conditions that make their jobs unsustainable.