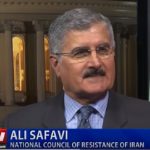 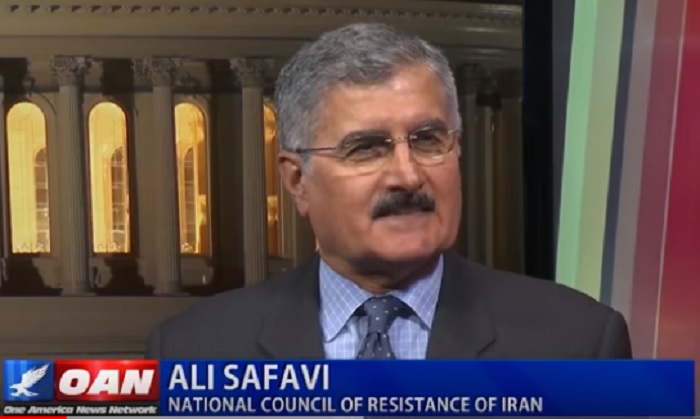 Ali Safavi, from NCRI’s office in Washington D.C. participates in an interview with OAN

Protests flared again on Tuesday in Tehran, Ahvaz, and Rasht, as the uprising that began in December of last year moves into its ninth month. Despite the regime’s efforts to suppress the people, the protests show no sign of stopping, and turmoil within the regime has reached a boiling point, as crises, both foreign and domestic, continue to escalate.

Ali Safavi, a member of the National Council of Resistance of Iran (NCRI), discussed the mullahs’ dilemma and the role of the Iranian resistance movement in a recent interview with One America Network. He also described the role that the U.S. government can play in dealing with the Iranian regime.

“Obviously,” Safavi said, “the protests that you see now are the continuation of the major nationwide uprisings that erupted back in December and January in 142 cities. The main reason is the fact that the Iranian regime has been unable to address the many demands of the Iranian people. The economy is on the verge of bankruptcy.”

The mullahs have grown afraid of their people, as the calls for regime change have become louder and more organized. More than 55 million people in Iran actively use the social media messaging app Telegram to share news from across the country and from around the world. Activists also use Telegram to organize anti-government protests, which prompted the regime to attempt to ban the use of Telegram earlier this year.

According to Safavi, the Iranian people have also expressed anger over the regime’s foreign policy, which includes spending over $100 billion in Syria to prop up Bashar al Assad’s corrupt regime, pouring hundreds of millions of dollars every year to fund the terrorist Lebanese group Hezbollah,and providing both financial and military assistance to sectarian Shiite militias in Iraq.

Safavi went on to say: “To the extent that the [Trump] administration pursues a firm and decisive policy against the mullahs of Iran, I think that sends an encouraging signal to the people of Iran. If the Iranian people see on the international level there is support for their aspiration and that there is an attempt to deny the Iranian regime the means with which it suppresses its own people and foments chaos through the Middle East, they would be encouraged and they would be emboldened.”

The MEK network inside Iran has taken an active role in organizing the ongoing protests through the establishment of resistance units. The resistance movement is being led by the young men and women of Iran, who are leading demonstrations against the mullahs’ regime. The youth have also taken the lead in bringing together the variety of opposition groups and sectors of society who are protesting the clerical regime in a unified call for regime change.