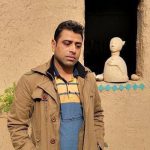 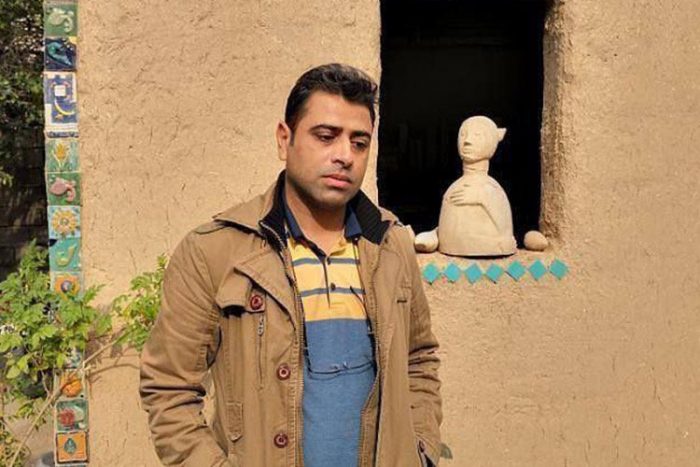 Esmail Bakhshi, one of the Haft Tappeh Sugarcane factory workers who was arrested and tortured for leading the protest against the regime demanding their unpaid wages.

On Wednesday, Mahmoud Vaezi, regime President Hassan Rouhani’s Chief of Staff, announced that Iran’s Ministry of Intelligence had rejected claims of torture by labor activist Esmail Bakhshi and planned to press charges against him.

The Regime’s Decision to Press Charges

The state-run ISNA news agency broadcast his announcement: “Today, the Minister of Intelligence provided a report on his investigations into Esmail Bakhshi’s claims (of torture), and it became clear that Bakhshi’s claims are in no way true,” he said.

Vaezi did not provide any details of the MOIS report or describe how Bakhshi’s claims were refuted. A medical examiner did not participate in the investigation.

The Chief of Staff went on: “Last week on the President’s orders, the Minister of Intelligence sent a delegation to Khuzestan province which examined all the relevant areas. Today the Intelligence Minister presented his report to the government. In these investigations, they even talked to Esmail Bakhshi.”

He added, without irony, “The government’s position is to protect citizens’ rights, and the Ministry of Intelligence is also trying very hard to take the path of the rule of law.”

“It has been decided that the Ministry of Intelligence and the system have the right to sue Esmail Bakhshi and for the Judiciary to follow through,” Vaezi continued.

Finally, in reference to Bakshi’s claims of torture, Vaezi said, “A person cannot make some claims and undermine the whole system.”

Torture at the Hands of the Regime

In a January 4th Instagram post, Esmail Bakhshi asked regime Minister of Intelligence Mahmoud Alavi why he was tortured “to the brink of death.”

He went on to say that “[i]n the 25 days that I was unjustly detained by the Ministry of Intelligence, I went through such immense pain that I’m still suffering and I have turned to neurological drugs to ease the pain.”

Bakhshi, who was arrested for his participation in the Haft Tappeh Sugarcane factory workers’ strikes, described psychological torture at the hands of his captors against himself, a female civil rights activist, and a photographer who was arrested for documenting the strikes. He said that the psychological abuse, which included abusive sexual language, was worse than the physical torture.

#Iran Jan 10- Shush
Workers of the Haft Tappeh Sugar Mill protesting their unpaid wages despite promises given by the authorities.

On Nov,2018, their strike lasted for a month.
Haft Tappeh workers have always had to fight for their wages, pensions and rights in the past years. pic.twitter.com/tBNKuoVfyh

Bakshi was pressured by the regime to recant his torture claims. He refused.

Regime Chief Justice Larijani claimed that any torture suffered by Bakshi was due to “one interrogator’s alleged misconduct” and “should not be blamed on the whole system.”

Civil rights activist Sepideh Qolian was detained along with Bakhshi and has corroborated his claims. In a tweet on Wednesday, she described the Ministry of Intelligence investigation:

“On Monday I was summoned to the Ministry of Intelligence again. Two people who called themselves “investigative” agents asked me about what happened during my 30 days of detention and after my explanations said that what Esmail Bakhshi and I were saying about tortures were just delusions,” she wrote, in the first of several tweets.

“They have ended their investigations. I have decided to present my explanations not to the agents but to the people. Speaking of torture is not just a description of a personal pain but rather an account of the systematic violence that security institutions use against prisoners. Denying or reducing it to the mistake of one interrogator is ludicrous and of course very painful,” she continued.

Qolian also corroborated Bakhshi’s claims of torture: “Just thinking about the 30 days of the violent and inhumane treatment still brings tears to my eyes and makes me tremble. During our arrest, Esmail Bakhshi tried to shield me from the agents’ beatings but he was beaten so badly himself, that he passed out.”

Qolian said that she was also a victim of sexual verbal abuse during her imprisonment: “I wish that the only method of torture was the beatings,” she said. “The most painful part was the sexual accusations that they bombarded me within a place where I knew no one would hear even if I cried out.

“On the last day, the interrogator told me that if I say anything when I leave prison they would broadcast the forced confessions that me and Esmail Bakhshi made on the news and that they will turn us into dust,” Qolian wrote. She added that her interrogators shamed her for her clothing and the color of her hair.

After her release, wrote Qolian, a person claiming to be a representative of the Shush Intelligence Agency accused her of “immoral” deeds and made the same false claims to her family.

“Imagine what I’ve been through after my so-called release in a small town with a traditional culture trying to invalidate those claims,” she wrote.

Qolian expressed her support of Bakshi, writing, “I’m willing to testify to the tortures against myself and my brother Esmail Bakhshi in a fair trial.”