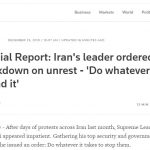 Written by Esmail Mohades on December 23, 2019. Posted in NEWS 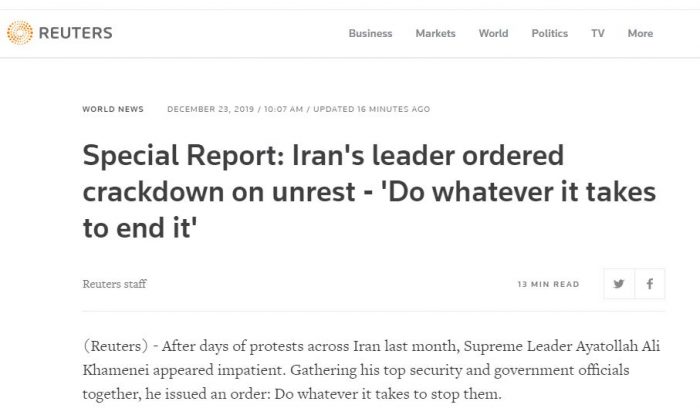 Reuters wire confirms NCRI’s statement dated December 15, 2019, that the number of protesters killed by the regime’s security and IRGC forces outnumbered 1500. NCRI’s statement was based on reports from the MEK network inside Iran.

On December 23, 2019, in a special report, the Reuters reported that “About 1,500 people were killed during less than two weeks of unrest that started on Nov. 15. The toll, provided to Reuters by three Iranian interior ministry officials, included at least 17 teenagers and about 400 women as well as some members of the security forces and police,”

“The figures provided to Reuters, said two of the Iranian officials who provided them, are based on information gathered from security forces, morgues, hospitals, and coroner’s offices.”