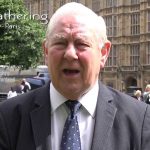 The time has come to rectifying” four decades of relative inaction in the face of ongoing abuses by the Iranian regime.” 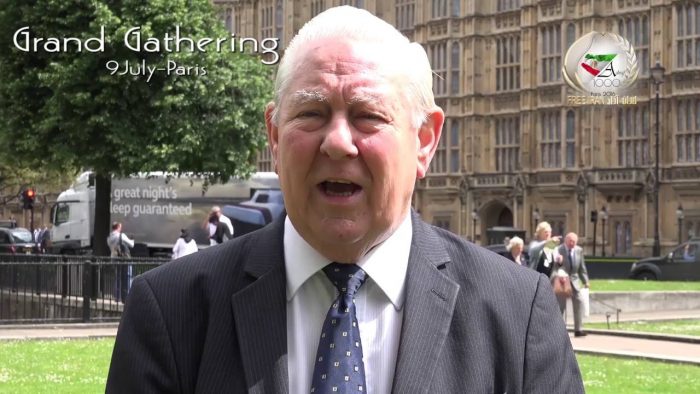 On Tuesday, January 22nd, the Daily Caller published a piece from the former chair of the UK Labour Party, Lord Anthony Clarke. In his piece, Clarke laments the lack of moderation among the Iranian regime leadership.

Clarke begins, “in February 1979, the people of Iran threw off the rule of one dictator, only to watch as religious extremists installed another.” The Iranian regime which secured power 40-years-ago this year has proven to be just as hard-line as their predecessors, pulling the Iranian population out of the metaphorical frying pan and into a fire.

“In recent years, there has been talk of a trend toward “moderation” among Iran’s leadership,” Clarke writes. However, to interpret current Iranian President Hassan Rouhani as a moderate is a misinterpretation of the Iranian political landscape.

Under Rouhani, Iran has continued to undermine stability across the Middle East. The regime has continued to funnel money to terrorist organizations in the region, and its Islamic Revolutionary Guard Corps (IRGC) and Quds Forces are active in Yemen, Syria, Iraq, and Lebanon.

Clarke describes “the reality of the situation,” which is that while the nuclear deal held Iran’s nuclear activities “partially in check, [Iran’s] overall behaviors were emboldened by what the regime’s opponents tend to call “policies of appeasement.”

.@Maryam_Rajavi president-elect of the #NCRI has argued a firm policy needs to be adopted including the #BlacKlistMOIS,#BlacklistIRGC & their entities by the United States & the @Europarl_EN as well as the expulsion of intelligence agents working in Europehttps://t.co/6JXTlKP0wE pic.twitter.com/8ujljIgtRm

These behaviors that have undermined the stability in the Middle East will be the focal point of discussions at an upcoming international conference in Warsaw.

A Firmer Stance from the US

Following Trump’s withdrawal from the JCPOA, the Trump administration and the United States government have adopted a firmer stance towards the Iranian regime. The US president accused Tehran of violating the UN Security Council’s Resolution 2231 which prohibited the development and testing of ballistic missiles.

Trump and his cabinet have also called out Iran’s role in regional conflicts in Yemen and Syria.

One common theme is the US government’s rhetoric against the Iranian regime has been the plight of Iranian citizens. Nobody has suffered more under the violent, repressive, hard-line policies of the mullahs. Trump has referred to the Iranian people as the “longest suffering victims” of the dictatorship.

A Firmer Stance from Europe?

Clarke draws attention to the recent incidents of state-sponsored terrorism directed against the regime’s opponents on European soil.

In March, two regime agents were arrested after a planned attack against the People’s Mujahedin Organisation of Iran (MEK) in Albania was foiled. Then, in June, another plot against the MEK, this time targeting the pro-democracy group’s annual Grand Gathering event in Paris was scuppered.

In 1988, 30,000 MEK/NCRI members were executed in a single summer. No investigation or acknowledgment of wrongdoing has emerged from within the regime. “Quite to the contrary,” Clarke says, “numerous high-ranking officials have been explicitly advocating for greater levels of brutality in their repression of dissent.”

Clarke continues, “the Iranian Judiciary continues to defy the international community over matters like the execution of juvenile offenders and it continues to push for death sentences as punishment for those who have participated in the past year’s nationwide protests.”

Clarke concludes, “although the Trump administration has avoided the phrase regime change, it is sure to use the Warsaw conference to push for policies that trend in that direction. The time has come for what opposition leader Maryam Rajavi said was “imperative to rectifying” four decades of relative inaction in the face of ongoing abuses by the Iranian regime.”