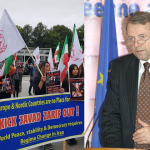 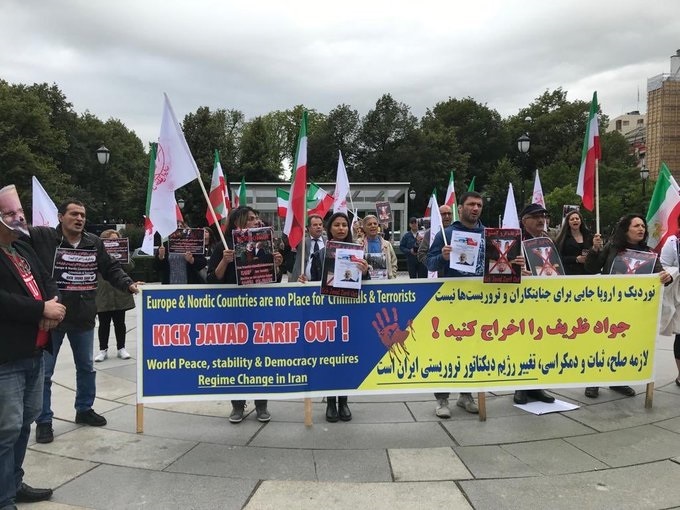 The trip by the Iranian regime’s foreign minister, Mohammad Javad Zarif, to Nordic countries raised a series of concerns and questions about western policy toward the religious dictatorship ruling Iran. Rallies in Finland, Sweden, and Norway by the Iranian diaspora against Zarif, drew public attention to violations of human rights in Iran. Many politicians and human rights activists in these countries expressed their concerns about their own governments’ foreign policies. They are asking why should their governments embrace Zarif and lend legitimacy to a government that is on the verge of collapse. Why should they welcome the mouth-piece of tyrants in Iran by turning their backs on the Iranian people, and trampling on their own values and principals at a time that Tehran faces growing signs of dissent, particularly among youth, and when Iran’s economy is falling apart and its international isolation is growing. 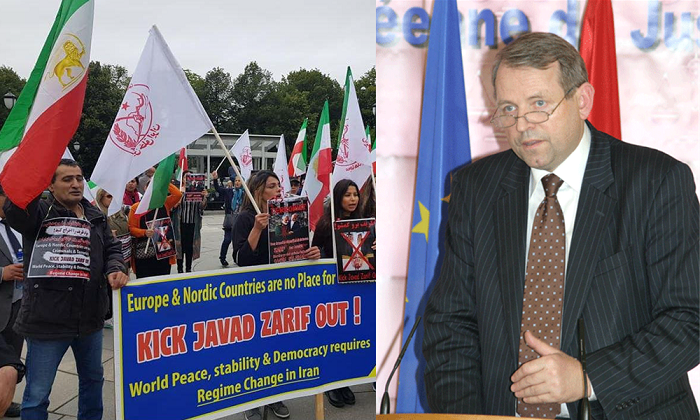 Lars Rise, a prominent Norwegian politician and President of the Norwegian committee of Friends of a Free Iran and MEK supporter’s rally in Norway

Lars Rise, a prominent Norwegian politician and President of the Norwegian committee of Friends of a Free Iran in an article, Hold Zarif Accountable for Iran’s Human Rights Violations, on 22 Aug 2019, asked:

“Does believing in diplomacy and not being a proponent of war oblige one to deal with tyrants or embrace their facilitators and enablers? Of course, any conscientious person would say no. So why do Norwegian officials feel obliged to roll out the red carpet for Javad Zarif, Iran’s foreign minister, during his Scandinavian tour?”

Describing the nature of the Iranian regime and the true face of Zarif, Mr. Rise adds:

“The Iranian theocracy is based on the concept of Velayat-e faqih, or absolute rule of the supreme leader. Every official is vetted for allegiance to him, and Ali Khamenei himself hand picks a number of ministers, including the foreign minister. So it is unsurprising that Zarif has been complicit for years in the Iranian regime’s malign activities. He has not only been the face and voice of the ayatollahs’ rule, he has personally worked to implement Khamenei’s reckless agenda and to justify and whitewash Tehran’s crimes at home and abroad. In reality, he is more of a propaganda minister than a foreign minister.” 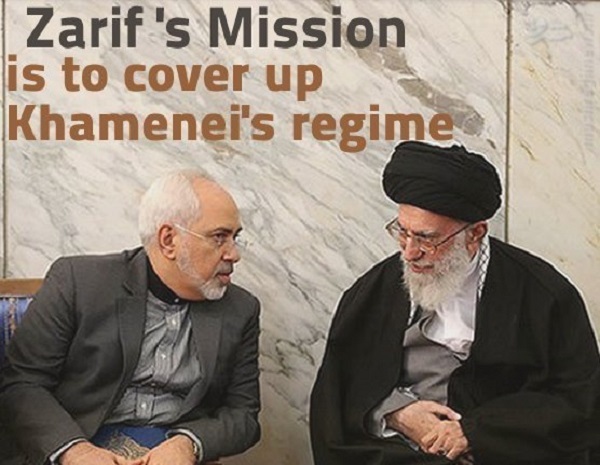 Zarif sitting next to the regime’s supreme leader, Ali Khamenei. Recently the US treasury department sanctioned Zarif, for being a mouthpiece for Khamenei and for advancing his terrorist and malign policies around the world.

The writer then reveals Zarif’s records and says:

“Zarif is no stranger to crimes against humanity. He was active as a senior career diplomat in the United Nations in 1988 while his government butchered over 30,000 political prisoners, members and supporters of the Mojahedin-e Khalq, the main opposition movement in Iran.” 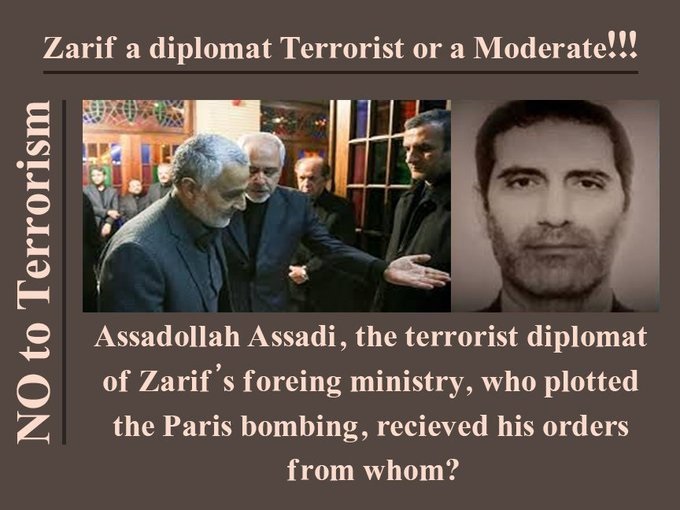 “An appeasement policy was pursued on both sides of the Atlantic for three decades. But that policy is coming to an end, and the Iranian regime can no longer count on the U.S. to be its lifesaver.”

At the end the writer concludes:

“Nobody wants a war with Iran, but the best way to prevent war is to reject Tehran’s egregious conduct wholesale. By rejecting Zarif’s visit and holding him to account, Norway would be taking an ethical and principled position while sending a message of support to the Iranian people who are crying out for freedom.”