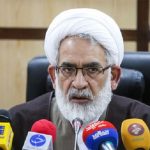 The Regime Attorney General Justifies Internet Censorship: The Internet is a “Space for Crime” 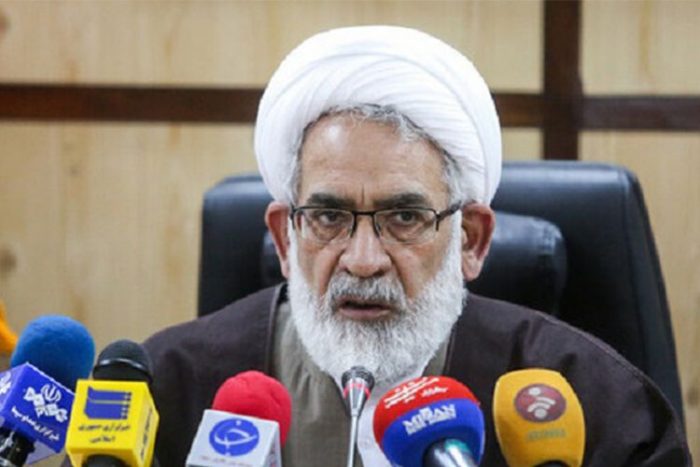 Attempting to justify the Iranian regime’s systematic censorship of Iranians’ access to the internet, the regime’s Attorney General called the internet a “space for crime.”

Speaking to senior prosecutors, the regime Attorney General Mohammad Javad Montazeri said, “the internet has turned into a space for crime. I announced to some of the relevant officials that if you want to see how people are hurt from the internet, come take a look at the Countering Computer Crimes Tribunal.”

40 years of censorship , limiting or suppressing of the publishing under the rule of #Iranian regime.#چهل_سال_دیکتاتوری https://t.co/e6OIP9xOff

“If we see that most crimes have an underlying factor called the internet, should we not prevent this?” Montazeri asked. “Is this not our religious and legal duty?” he added.

The Attorney General suggested that the regime was not alone in its internet censorship and was, in fact, part of a global trend towards limiting internet access. “Most countries had put restrictions on the internet,” he said.

Other nations that have restrictions to internet access are North Korea, China, Eritrea, Ethiopia, Saudi Arabia, and Syria.

A Platform for Dissent

The Iranian regime has attempted to control internet access in an attempt to silence dissent. Last year, following the nationwide uprisings in January, the regime blocked Telegram, an instant messaging app.

Montazeri seemed to hint at the regime’s desire to curb political dissent as a motive behind its internet censorship. He told state-run news website, Entekhab, “blasphemy, counter security training, and the loss of identity in the younger generations are all issues that we are witnessing on the internet.”

The Iranian opposition group, the People’s Mojahedin Organisation of Iran (MEK), have used online messaging platforms to mobilize the Iranian people to rally against the regime in the form of public strikes and protests.

Censorship is Not Working

He said, “well, we were unsuccessful in some of our efforts in recent years,” adding, “we thought it is under our control. We thought it would be filtered if we just ordered so… What should we do with VPNs?”

VPNs, or virtual private networks, allows internet users to circumvent government firewalls and has allowed many Iranians to access the internet despite the regime’s blocking methods.

Rouhani added, “everyone is losing, while young people and teenagers are the most influenced by the negative effects of filtering.”

If the filters are not working, perhaps the regime would be better placed granting Iran’s public unfettered internet access and providing the Iranian people with their civil freedoms.