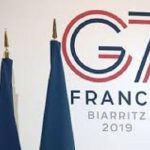 Iranian people: G7 Must Take a Firm Stand Against Mullahs 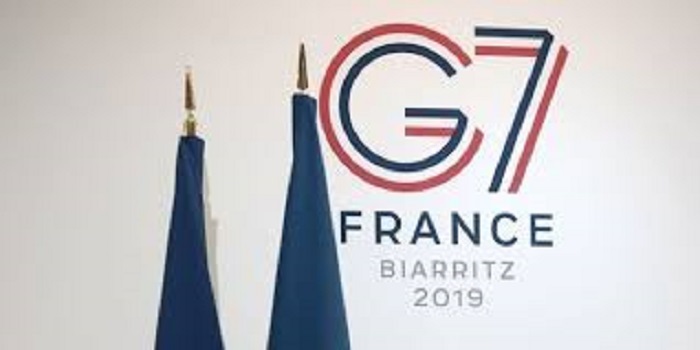 G7 discussed the disestablishing role of the Iranian regime

While “Iran” is discussed in G7 or any other similar summit, Iranians’ voices must be heard. For the past four decades, this voice had been loud and clear, but sadly it has been denied or ignored by the West. If G7, like other western leaders, haven’t heard Iranian’s cry for freedom, they should have heard the Iranian diaspora, the MEK supporters in their recent rallies against Zarif’s trip to Nordic countries and France.

Iranian’s determination and demands are crystal clear: ENOUGH IS ENOUGH! Their demand is a firm and decisive policy towards the religious dictatorship ruling Iran, and they reject appeasing the illegitimate regime under the pretext of economic relations.

This was the message echoed clearly in MEK supporter’s rallies against Zarif visits.

The G7 leaders are questioned if they haven’t seen the outrage of Iranian diaspora from the regime and its mouthpiece Javad Zarif in Finland, Stockholm, Norway, and Paris. Accordingly, the outrage is tenfold inside Iran. On Wednesday, August 21, following various protest to Zarif’s presence in Sweden, by pointing to the Iranian protesters Zarif said:

“Ask any of those individuals standing outside to attend any meetings with Iranians (meaning the regime’s Revolutionary Guards and agents) and then see whether they would survive. They would not stay alive for a minute…. They cannot even stay in Iraq because the people of Iraq (meaning the regime’s proxies in that country) will eat them alive.”

While Zarif, as a so-called “moderate” threatens the peaceful demonstrators and supporters of the MEK to death in a democratic country, one can guess how they are treating the political prisoners inside the torture chambers.

Zarif’s trip to Northern Europe and France was an absolute failure. The brave Iranian diaspora turned his trip to a disaster. Foreign Minister of Sweden acknowledged that her country did not invite Zarif and the visit was Zarif’s initiative.

She emphasized that she reminded the situation of human rights in Iran and the region’s security to Zarif. The same concerns were conveyed to Zarif by Norway’s Foreign Minister. Zarif’s trip was a total failure and his furious reaction to Iranian dissidents reflect this failure.

The message to G7 is clear: DO NOT BET ON A DEAD HORSE! This regime is on the verge of collapse. It is time for the west to put an end to the appeasement policy recognizing the right of Iranian people to enjoy freedom and prosperity. On 25 Aug, Mrs. Maryam Rajavi, the President-elect of the National Council of Resistance of Iran (NCRI), in a tweet, reiterated that:

On behalf of the #Iran ian people’s Resistance, I would like to reiterate: #G7 #G7Biarritz pic.twitter.com/sPAA8X6KTS