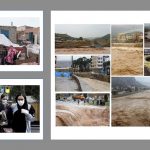 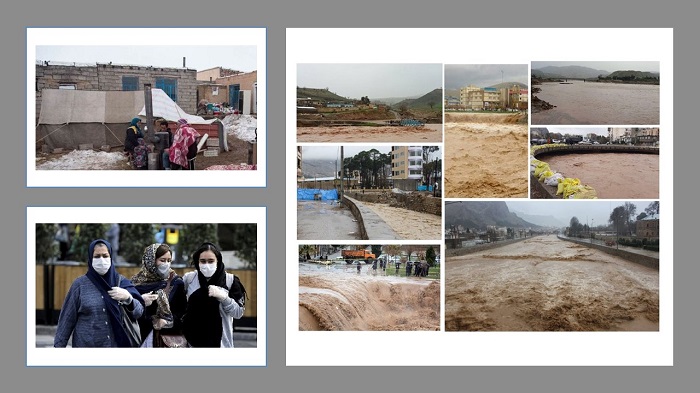 The Iranian people have had to try and deal with many natural disasters over the last two weeks. The coronavirus outbreak was shrouded in secrecy leaving Iranians vulnerable to its effects. Next was a 5.7 magnitude earthquake in the northwest of Iran followed by floods. No word about these events emerged from the regime as if they hadn’t happened. 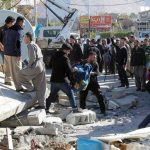 One Year On, Many Iranians are Still Dealing with the Consequences of the Devastating Earthquake 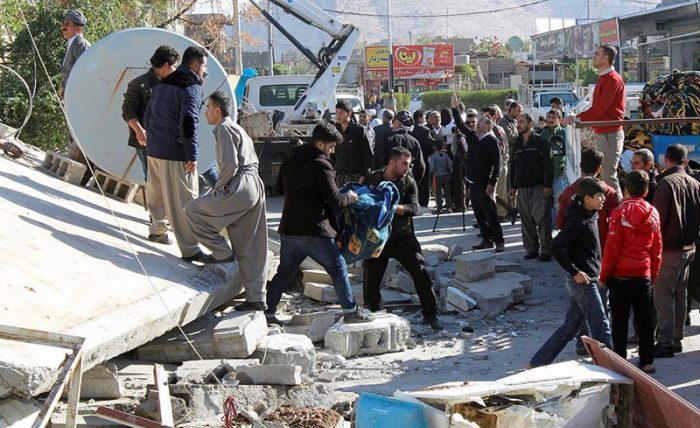 A 6.3 magnitude Earth-quake hit Western Iran- in the same area that it hit last year, leaving over 600 injured and killed and many still missing

As Iran passed the one-year anniversary of its devastating earthquake, many survivors are still struggling to put their lives back together.

The earthquake-ravaged Iran’s Western provinces, killing more than 600 people, leaving more than 100,000 families without shelter, and extensively damaging more than 1,930 villages. Among the worst affected were the cities of Qasr-e Shirin, Salas-e Babajani, and Sarpol-e Zahab.

One Year on and Survivors Continue to Struggle

MEK sources inside Iran report, many of the survivors that saw their homes reduced to rubble are still without shelter one year on from the disaster. The authorities have been unable to provide them with accommodation and some are forced to set up makeshift camps in cemeteries.

One young woman told Iran’s state-run media, “I am sick and tired of this life. Twice, I attempted to commit suicide to get rid of this life. I wish I could die and be relieved of so much pain”.

The woman is tending to her sick child, whose life-saving treatment costs 150,000 toumans a day. She says, “I cannot do anything. I am sick, myself”.

One year after the Nov 2017 #Kermanshah earthquake, the "survivors" are still living in makeshift homes & forced to endure strong rains as #Iran's regime refuses to allocate the budget these people desperately need. pic.twitter.com/1s2mNtCWA1

Another 60-year-old woman spoke about how she is forced to live in a cemetery despite having open-heart surgery less than one year ago. “There is not even a drop of warm water so that we can bathe”, she said, adding, “we have received no aid from the government. Nothing!”

A year after the #Iran earthquake, survivors continue to live in disastrous conditions.
The 60-year old woman who has undergone an open-heart surgery after the earthquake, says, “I am sleeping here in the cemetery with the dead. But they do not allow even this much to us. pic.twitter.com/ldCLeOYNzP

“The mental situation of the citizens is very troubling. Hygiene and sanitation are very inadequate, and the municipality hasn’t yet given us any money to do something. I wish the Ministry of Interior would say what services they’ve provided for a city like Sarpol-e Zahab”, he said.

In some extreme cases, reports have emerged of Iranian citizens selling kidneys to pay for the reconstruction of their homes.

With winter fast approaching, nobody wants to spend the cold months living in makeshift shelters. But the government’s efforts have been utterly inadequate.

Agencies that pledged to stand with Iran’s affected citizens soon left the areas, having achieved little, and abandoning many to their fate.

I urge my countrymen and women, especially the brave youth, to rush to the aid of our afflicted compatriots struck by earthquake in #kermanshah and other cities and districts in western Iran, including Qasr-e Shirin, Sarpol-e Zahab, and Gilan-e Gharb.#Iran

It read, “rush to the aid of our afflicted compatriots struck by [the] earthquake”. She mentioned Sarpol-e Zahab by name, imploring the Iranian youth to do all they could to assist those struggling.