BlackListing Ali Khamenei and its financial and commercial empire,Maryam Rajavi,National Council of Resistance of Iran (NCRI),NCRI,PMOI 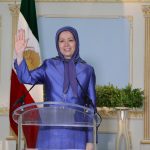 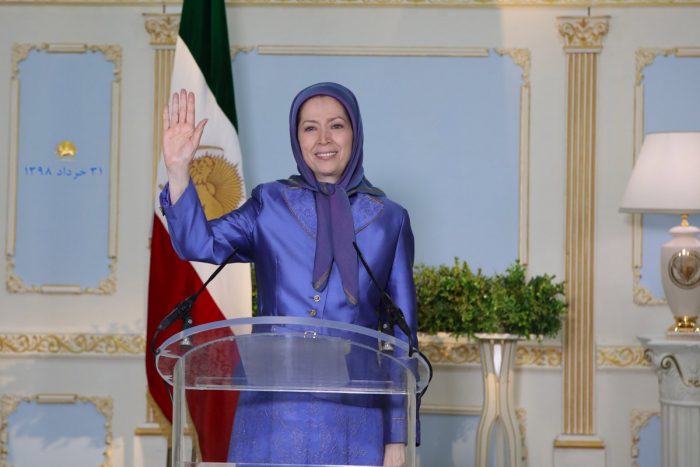 Maryam Rajavi, the President-elect of the Iranian opposition during a video message to the MEK supporters’ rally in Washington D.C. – June 21, 2019

Maryam Rajavi, the President-elect of the National Council of Resistance of Iran (NCRI), the main opposition to the religious dictatorship ruling Iran, took a position on the recent blacklisting of the Iranian regime’s Supreme Leader, Ali Khamenei and all related apparatus within the regime. Rajavi in a message published at her official website said:

” Now that after a long delay, this evil force has been placed on the terrorist list, it is imperative that necessary measures associated with this designation be implemented comprehensively and immediately, while complemented with other imperative actions.”

The People’s Mujahedin Organisation of Iran (MEK) and the president-elect of the Iranian opposition, Maryam Rajavi, have maintained their calls for the blacklisting of the Iranian regime’s Ministry of Intelligence and Security (MOIS).

The need to sanction Rouhani and place him on terrorist lists#Iran#FreeIranhttps://t.co/QoAFGN9EWx pic.twitter.com/PrAgOg6bZP

Back in April, US President Donald Trump decided to place the regime’s Revolutionary Guards (IRGC) on its international terror blacklist, for IRGC’s involvement in terror and repression in Iran and outside. The listing of the IRGC, as one of the regime’s major organs of repression, as a foreign terror organization (FTO) had been a priority for the MEK. IRGC carries out routine human rights violations within Iran and across the Middle East.

It has been involved in the arbitrary detention of dissidents and protestors. It has tortured MEK members and their allies whilst they have been in regime custody. It has also been involved in foreign civil wars across the Middle East, with troops and proxies fighting in Iraq, Syria, Yemen, and Afghanistan.

The Beginning, Not the End

When the US government announced the listing, the MEK welcomed the move. It had been calling for the FTO listing of the IRGC for decades.

But they also made clear that the IRGC terror listing must be the beginning, not the end of a correct policy towards Iran.

“Now that after a long delay, this evil force has been placed on the terrorist list, it is imperative that necessary measures associated with this designation be implemented comprehensively and immediately,” a statement from Maryam Rajavi read.

For the MEK, the US must go further and include the Iranian Ministry of Intelligence (MOIS) in its terror list to make headway in limiting Iranian terrorism and violence across the globe.

“The MOIS has been operating hand-in-hand with the IRGC in many of the suppressive operations inside Iran as well as conducting terrorist actions abroad,” Ms. Rajavi’s statement read. In 2018, the department was responsible for organizing terror attacks and assassinations in the US, the Netherlands, France, Albania, Belgium, and Denmark.

“At the same time, Khamenei’s office, which acts as the main command center for the IRGC and funds the IRGC through its extensive financial and commercial empire, must also be included on the terrorist list,” the statement continued.

Part of the public anger directed at the regime and its IRGC and MOIS stems from the regime’s inclination to place aggression abroad ahead of national development. The regime has plundered the country’s national wealth and oil revenues and funneled the proceeds abroad to fund terrorism and conflict.

By contrast, it has spent nothing on social development and rebuilding efforts from recent natural disasters. “If one percent of the annual revenue resulting from petrochemical exports conducted by the Khamenei faction was allocated to rebuilding efforts, Pol-e Dokhtar would not be drowned in the mud today,” Ms. Rajavi’s statement said.

“If a small portion of the IRGC’s expenses was instead spent on construction efforts in Khuzestan, today the residents of Khuzestan and our Arab compatriots would not be suffering and afflicted by such tragedies.”

The world has the responsibility to support the Iranian people in their pursuit of freedom and democracy. But ultimately, it will have to be the Iranian people themselves who throw off the shackles of the regime and bring this misery to an end.

Ms. Rajavi concluded: “The heroes and heroines of the Ashraf Light epic, and all the martyrs of the people, have made the ultimate sacrifice for the realization of this goal. Their blood and suffering will undoubtedly bear fruit.”