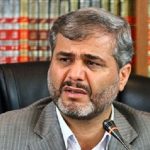 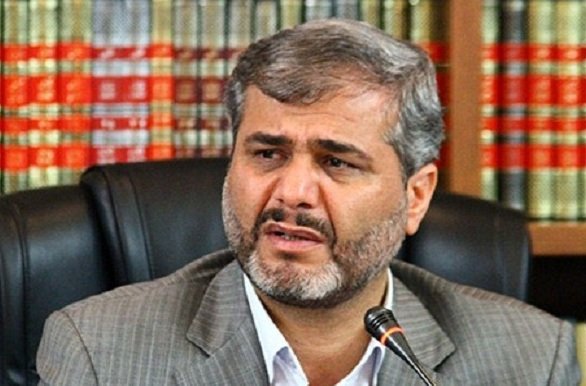 Ali Alghassi-Mehr, another criminal assigned as Tehran’s new prosecutor by Raisi, member of the death committee during the 1988 massacre

On Monday, April 29th, regime Judiciary Chief Ebrahim Raisi dismissed Tehran Province’s Prosecutor, Jaffari Dolatabadi. Dolatabadi is included on both the United States Treasury’s and the European Union’s sanctions lists. He was replaced by Ali Alghassi-Mehr, who was appointed to the position of Chief Justice of Fars Province in September 2014 and spent the previous three years as Prosecutor of the city of Shiraz.

Alghassi-Mehr has made a name for himself within the Iranian regime for his role in the violent suppression of protesters and the secret executions of juveniles. More recently he made headlines for announcing that “he was an IRGC member too” in response to the recent designation of the Islamic Revolutionary Guards Corps (IRGC) as a Foreign Terrorist Organization (FTO) by the United States.

During the nationwide anti-regime uprising in December 2017, Alghassi-Mehr referred to the thousands of Iranians from all walks of life who took part in the massive demonstrations as “enemies” and “hoodlums.” According to a January 2, 2018 report from the Mehr News Agency, he threatened that “those who would engage in chaos on the pretext of civil protests and disturb public order would be dealt with according to the law…Known outlaws who have grasped the occasion to instigate anti-regime activities against the public order are under full security control… The public should be aware of the anti-revolutionary hoodlums inside and outside the country. There will be no hesitation to deal with such cases.”

In a March 10, 2018 report from the same news agency, Alghassi-Mehr was quoted as saying: “Those arrested during the festivities of the last Wednesday of the year will remain in custody till the end of New Year holidays, and no permission will be granted for ceremonies to be held in Persepolis and Pasargad.”

Alghassi-Mehr‘s repressive actions did not end with the uprising. Last year, Iran’s truck drivers launched a series of strikes in protest of low wages, high fees, poor working conditions, and government corruption. The strikes were met by threats and intimidation from regime officials, who arrested dozens of truck drivers and threatened them with execution. International trade unions and human rights groups issued statements supporting the drivers and condemning the regime for its treatment of the hard-working drivers.

According to a September 28, 2018 report by the Mehr news agency, Alghassi-Mehr justified the arrest of 35 striking truckers in an announcement, saying, “The law permits punishing those who disturb security on Fars’ highways as outlaws and corrupted on earth.”

As Chief Justice in Shiraz, Algahssi-Mehr allowed two 17-year-olds to be executed in secret, in violation of the regime’s own laws, as well as Islamic and international law. The two children were flogged before their execution.

Amnesty International was the first to announce the shocking crime and coverup, which was promptly denounced by Mrs. Maryam Rajavi, President-elect of the National Council of Resistance of Iran (NCRI). In her condemnation of the brutal act, Mrs. Rajavi stated: “The civilized world, UN, UNSC, and UN Human Rights Council must condemn the atrocious killing of juveniles in Iran, a product of Khamenei’s Judiciary headed by the murderous mullah, Ebrahim Raisi, a Death Committee member in charge of the 1988 massacre of political prisoners.”

Ebrahim Raisi is likely to appoint more people like Algahssi-Mehr to the regime’s Judiciary. His disregard for human rights has been well-established. As a member of Tehran’s notorious Death Committee, Raisi sent thousands of MEK supporters to their deaths in the 1988 massacre of 30,000 political prisoners. His presence at Chief of the regime’s Judiciary is evidence of the mullahs’ disdain for the concept of justice.