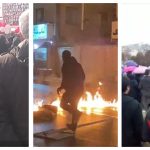 Written by Mohsen Aboutalebi on January 9, 2023. Posted in NEWS 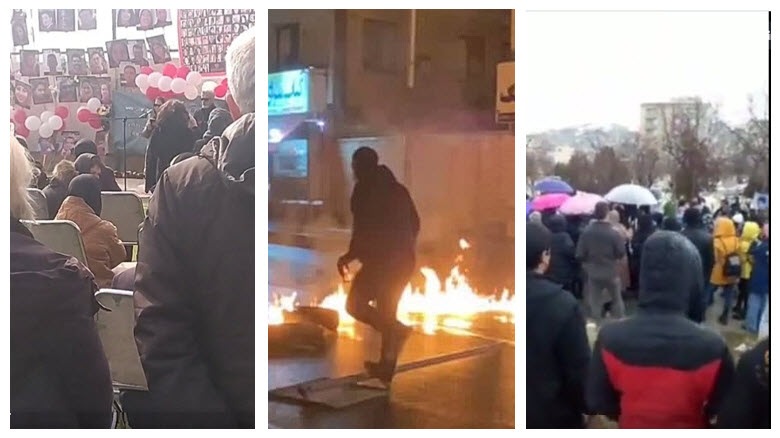 On Sunday, January 8th, the 115th day of the uprising, women in Najafabad protested the execution of two prisoners arrested during the nationwide uprising, Mohammad Mehdi Karami and Mohammad Hosseini.

Protesters were chanting “For every fallen person, one thousand will rise,” “The state of our homeland will not change unless mullahs are gone,” “You are lewd, I am a liberated woman,” and “This year, is a year of sacrifice, Seyyed Ali (Khamenei) will be overthrown” and “Poverty, corruption, high prices, onward to overthrow.”

January 8 – Javanrud, western #Iran
Locals continuing the nationwide protests against the regime on the 115th night of the uprising.#IranRevolution2023 #FreeIran2023 pic.twitter.com/gk1l1d5LFd

Students of the Faculty of Arts at Sureh University held a protest rally at the university campus and called for the release of the arrested students of this university. The students were chanting “Basij, IRGC are the same as ISIS.”

In Abdanan of Ilam, Saqqez, Sanandaj Industrial Township, and Kermanshah, shopkeepers, and businesses went on strike on the third anniversary of the downing of the Ukrainian passenger plane that took the lives of 176 passengers. The plane was targeted by two missiles by the IRGC. Retirees of Haft Tapeh sugar industries and Pars Paper staged a protest rally outside the offices of the Social Security in Shush city.

Last night, the people of Tehran reacted to the execution of Mohammad Mahdi Karmi and Mohammad Hosseini, chanting “Death to Khamenei” and “Death to the dictator” from their buildings and rooftops. There were protests in other parts of the capital including Tehran Pars, Tavanir, Geisha, Niruhavai, Tehransar, Sattarkhan, Qolhak, Vali-e Asr, Darband, Punak, and Tehran University’s female students’ dormitory chanting “Bloodthirsty Khamenei! we will bury you,” “Death to Khamenei,” “Death to the dictator,” “For every fallen person, one thousand will rise,” “The IRGC commits crimes, the leader (Khamenei) supports it,” “Khamenei is a murderer, his rule is null and void.”

In Qom, the Basij base was targeted by defiant youths using Molotov cocktails. In Arak and Gohardasht of Karaj, the youths chanted “Death to Khamenei” and “Death to the dictator” in their nightly demonstrations. In Ahvaz, the banner carrying the picture of Qassem Soleimani, defunct Commander of the terrorist Quds force was set alight.

In the meantime, the Chief Justice of the regime in Hormozgan province announced that four of the drivers who participated in the drivers’ strike in December were sentenced to prison terms from one to ten years.