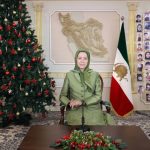 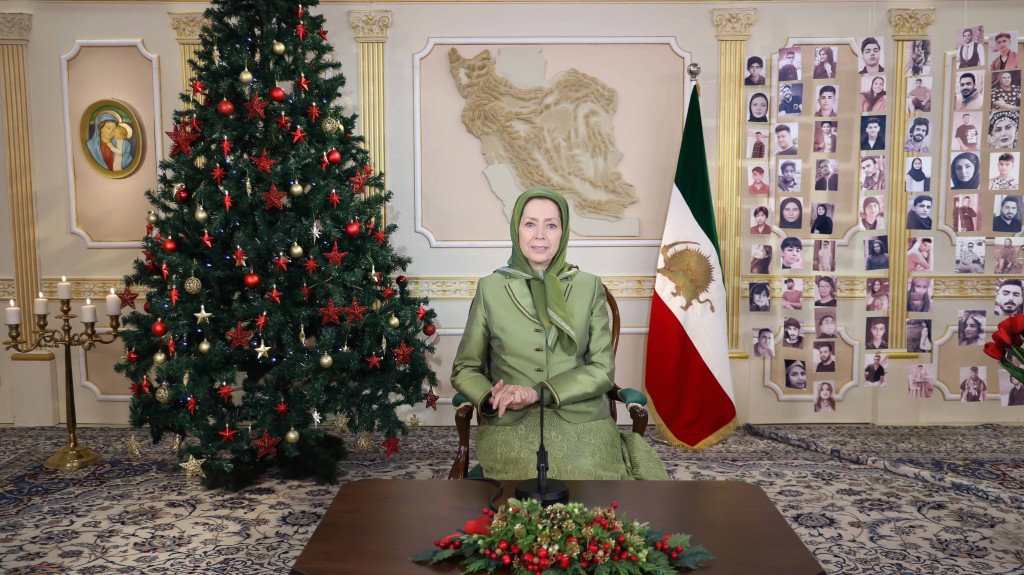 Maryam Rajavi: We salute Jesus, the prophet of justice and revolution.

The anniversary of the birth of Jesus, the son of Mary, is a new dawn for the enchained humanity. On this blessed occasion, I congratulate all the followers of Jesus Christ, the great prophet of monotheism and unity.
I salute the Virgin Mary, who embodies human liberation, and whose name evokes painful hardships and trials for a great birth. And peace be upon Christ, the prophet of justice and revolution and the harbinger of an era when “the last will be first and the first will be last.”

Now, the song of the Virgin Mary can be heard: “My soul glorifies the Lord; He, who has brought down rulers from their thrones but has lifted up the humble, and has filled the hungry with good things but has sent the rich away empty.”

So, blessed are the Iranian protesters who have followed the emancipating path of great prophets – from Moses to Jesus and to Muhammed – and found the essence of freedom in fighting against religious tyranny. They are breaking the chains of slavery and coercion, burning the idols of falsehood and religious abuse, and exposing hypocritical Pharisees of our time.
They fight and pay the price for a momentous birth.

Like all fateful transformations, such a birth is accompanied by great pain and agony; from the 750 who laid down their lives for freedom, to the captivity and the torture of 30,000 brave young souls, to the blinding of hundreds, and so many forms of torture, harassment, and slanders that our people have endured under the rule of ruthless, criminal mullahs.
But they have earned the greetings, and glad tidings of Jesus Christ, who said, “Blessed are those who are persecuted because of righteousness.”

Merry Christmas!
As the promise of mankind's glorious future, #Christmas this year heralds the end of the religious tyranny ruling #Iran, both for Iranians and the world at large. pic.twitter.com/PJVDs0vZwR

Iran uprising, overcoming the darkness of despair and helplessness

In these moments, our thoughts are with the women and men, especially the innocent teenagers and children who sacrificed their lives in the Iran uprising.
We remember their brave families who chose to stand up and become a source of pride for the Iranian people.
And we pay homage to all the brave women, girls, and young people who shattered the walls of fear rebelled against the darkness of despair and powerlessness, and led the battle to uproot the religious tyranny. 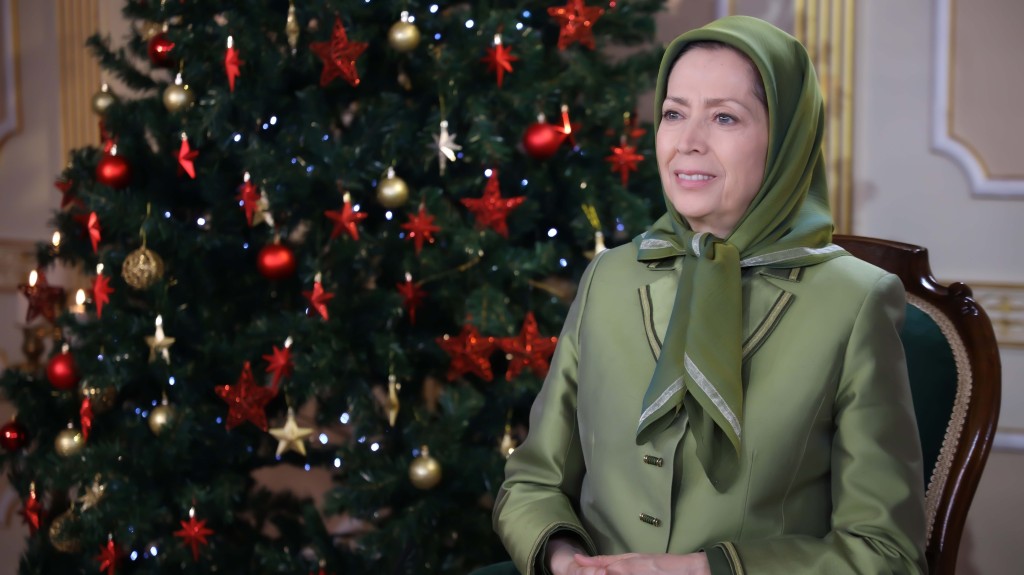 Christmas, the harbinger of the brilliant destiny of humankind, heralds freedom from the evil of the ruling religious tyranny for Iran and the rest of the world. Salutes to Jesus Christ and the Virgin Mary.

I appeal to all my Christian brothers and sisters worldwide to lend support to the Iran uprising.
May the people of the world rush to the aid of Iranians who, with their crosses on their shoulders, have joined the struggle against the monster of oppression.
May the people of the western nations compel their governments to cut ties with religious fascism and recognize the struggle of the Iranian people to overthrow the clerical regime and help stop the executions and secure the release of imprisoned protesters and political prisoners?