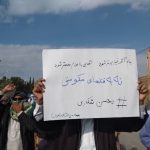 Iran: Uprising in Zahedan and Other Cities – Condemnation of Execution of Mohsen Shekari

Written by Amineh Qaraee on December 12, 2022. Posted in NEWS 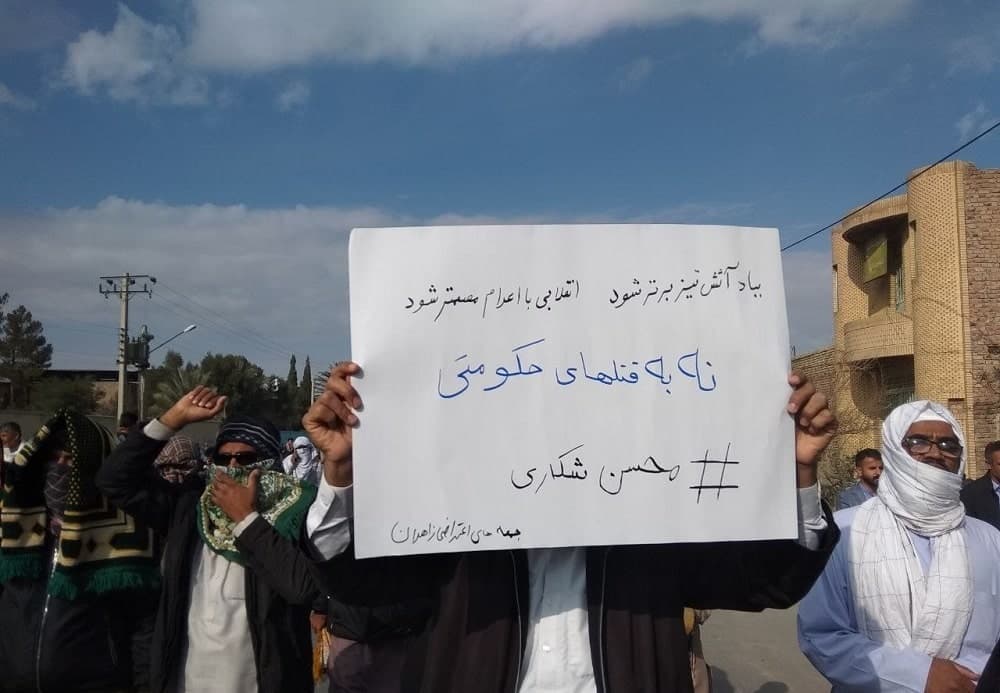 In Zahedan, people showed their determination to continue the uprising and continue the path of martyrs to the end. Youths in Zahedan carried another placard that read, “Mohsen Shekari, Iran, Tehran, condolences.”

Despite the deployment of the regime’s repressive forces and being on alert, locals of Zahedan and other cities in Sistan and Baluchistan province protested the execution of Mohsen Shekari, executed yesterday, on Friday, December 9, after Friday prayers on the 85th day of the uprising. Protesters carrying placards condemning the execution of Mohsen Shekari chanted, “I will kill whoever killed my brother,” “Death to Khamenei, damned be Khomeini,” “Khamenei, shame on you, let go of the country,” “Death to IRGC,” “Death to Basiji,” and “Political prisoners should be freed.”

Brave women of Zahedan played an active role in the demonstration and chanted, “This is the last message, should you execute, there will be an uprising,” “This year is the year of sacrifice, Seyed Ali (Khamenei) will be overthrown,” “Rape and crime; death to this regime.” After the Friday prayer, the people of Khash staged their protest and chanted, “Death to IRGC” and “Death to Basiji.” In the city of Pishin, locals protested, chanting, “Death to Basiji.” In the city of Sarjangal, repressive agents fired tear gas at the protesters.

In Sanandaj, many shopkeepers and businesses continued their strike. Defiant youths in Golpayegan attacked the office of the member regime’s parliament on Thursday morning with Molotov cocktails. In Mashhad, a Basij base was set on fire. Plainclothes mercenaries in Chabahar broke the windows of a number of shops that participated in the nationwide strike of marketers and set them on fire with gasoline.

On December 6, the Baztab website quoted the regime’s deputy prosecutor in Ilam and wrote: “All those who intended to create chaos in the province’s market, and those who were involved in this matter, have been arrested, and some are under prosecution. The judicial system will take decisive and legal action against those who closed shops without legal reasons.”

On Thursday evening, 33-year-old Shadman Ahmadi from Dehgolan (Kurdistan province) was martyred under torture by criminal agents of the Intelligence Department. Shadman was kidnapped from his home at noon on Thursday and passed away under torture and beating a few hours later. The regime pressured his family to bury his body secretly without the presence of the public. The ceremony on the occasion of the third day of the martyrdom of Mohammad Reza Ghorbani was held in Qassab-Ali village in Fuman with the presence of locals.

December 9 – Zahedan, southeast #Iran
Protesters chanting: "This is the last message: any execution will trigger more uprisings!"
"We don't want a corrupt system! We don't want a murderous leader!"#IranRevolution2022#زاهدان pic.twitter.com/9hqcJmdsfe