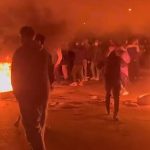 Written by Esmail Mohades on November 19, 2022. Posted in NEWS 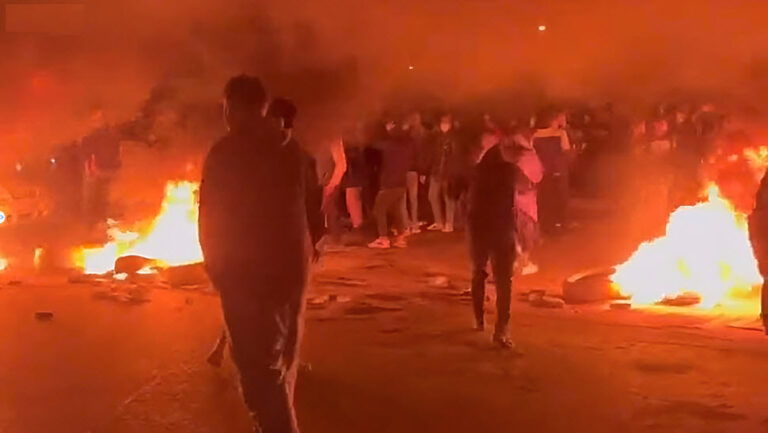 According to the latest reports protesters in at least 220 cities throughout Iran’s 31 provinces have taken to the streets for 64 days now seeking to overthrow the mullahs’ regime. Over 600 have been killed by regime security forces and at least 30,000 arrested, via sources affiliated to the Iranian opposition PMOI/MEK.

On Wednesday, November 16, the 62nd day of the Iranian uprising and the third anniversary of the November 2019 uprising was marked, raising the intensity of the current uprising against the mullahs’ regime to new heights. Protests in Iran have now spread to at least 220 cities. According to sources from the Iranian opposition People’s Mojahedin of Iran (PMOI/MEK), the regime’s forces have killed over 550 people and arrested over 30,000. The MEK has released the names of 402 protesters who were killed.

Locals gathered in Kamyaran to mourn the death of Foad Mohammadi, who was shot and killed by security forces two days ago. To prevent mass protest rallies, Iranian authorities forced his family to bury him in the middle of the night on Tuesday. But the citizens showed up the next morning and held a massive rally, vowing to continue his path and chanting anti-regime slogans. Security forces opened fire on protesters in an attempt to disperse them, but the people stood firm and resisted with their bare hands, forcing the repressive forces to retreat.

Protesters lit fires in the streets and held protest rallies in Mashhad. When security forces were called in to disperse the protests, the demonstrators stood firm and resisted. At the same time, protests in other parts of Tehran continued, and people rallied despite police brutality. The situation was especially tense in Sanandaj, where security forces repressed a protest rally by Kurdistan University students. Security forces are seen in videos shooting at students who have no way of defending themselves.

November 16 – Kamyaran, western #Iran
Locals rallied outside the home of Foad Mohammadi in an anti- regime rally.
Mohammadi, father of two, was shot and wounded on Monday night, and died in a hospital.#IranRevolution2022#مرگ_بر_ستمگر_چه_شاه_باشه_چه_رهبرpic.twitter.com/pZrfwrq0NY

At dusk, protests reportedly spread to Kermanshah, Sanandaj, Bukan, Saqqez, Yazd, Izeh, Tabriz, Saveh, Isfahan, Qorveh, Dorud, Babol, Zanjan, and many areas in Tehran. Protesters in Izeh set fire to a regime building in response to the brutal crackdown on peaceful rallies. Protesters lit fires in the streets and prevented security forces from commuting to crack down on protests in many cities.

Iranian opposition President-elect Maryam Rajavi of the National Council of Resistance of Iran (NCRI) praised the Iranian people for their brave and unwavering protests against the mullahs’ regime.

“At the beginning of the third month of Iran’s uprising, the brave women, men, and youths of Iran held demonstrations, strikes, and protests in more than 50 universities and 50 bazaars across the country, renewing their pledge with the martyrs of the November 2019 uprising,” she said. “Iran’s uprising will forge ahead until victory. With the sacrifices and determination of Iranian women and men, Iran’s democratic revolution will overcome religious fascism, and all reactionary and colonialist plots,” she stated.

The people of #Zahedan, Iranshahr, Saravan, Khash, Rask, and Pishin ignored the ruling mullahs’ threats and enticements and took to the streets this noon with chants of “Death to Khamenei,” “I will kill whoever killed my sister, my brother!”#IranRevolution pic.twitter.com/IhVtgLprrg