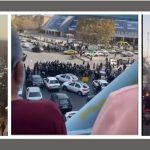 Written by Mohsen Aboutalebi on November 16, 2022. Posted in NEWS 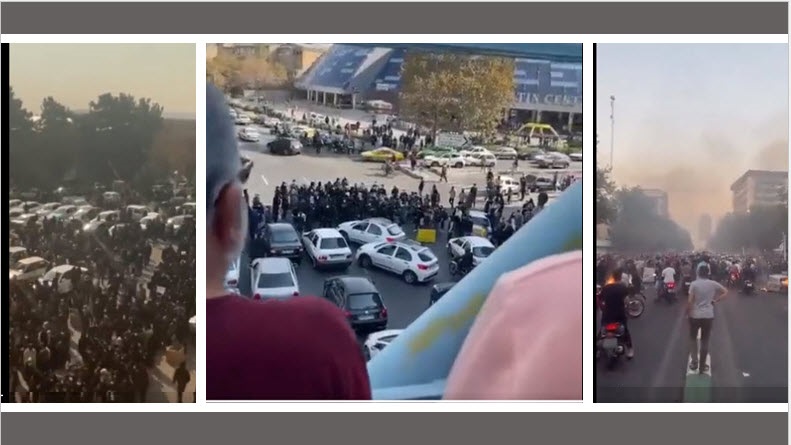 According to the latest reports protesters in at least 220 cities throughout Iran’s 31 provinces have taken to the streets for 60 days now seeking to overthrow the mullahs’ regime. Over 550 have been killed by regime security forces and at least 30,000 arrested, via sources affiliated to the Iranian opposition PMOI/MEK.

The notorious Revolutionary Guards Intelligence Organization (IRGC) issued a “significant” statement addressing the “Iranian people” warning against any cooperation with the Iranian opposition, the People’s Mojahedin of Iran (PMOI/MEK). This statement has sparked several theories in the midst of widespread protests. “If suspicious communications are established with you, requesting actions such as carrying out sabotage actions, setting fire to places, signs, and symbols or writing graffiti, taking photos and filming specific military and religious places, or holding gatherings and demonstrations and so, (be aware that) the MEK has established these communications.

Therefore, inform the nearest IRGC intelligence unit or the News Headquarters of the IRGC Intelligence Organization,” the statement reads. Authorities have expressed their fear of the MEK and its impact on society. The Minister of Intelligence and Security Esmail Khatibacknowledged that protests are well-organized and led by well-organized groups.

“These recent riots had a complicated plot, unlike the past scattered protests. Small groups would instigate these protests with timely and bold actions. They were fully organized and guided. Interestingly, once the demonstration initiated, these units immediately left the scene to start another riot in another part,” Khatib said in an interview with the website of the regime’s supreme leader Ali Khamenei on November 9.

Iran’s ruling theocracy has long attempted to portray the Iranian opposition as a “fringe grouplet” with “little to no popular support.” However, soon after the first major anti-regime protests in Iran in 2018, Khamenei acknowledged the MEK’s role in organizing them. Since then, Khamenei and other top officials have warned each other about the “danger” posed by the MEK.

Seeing the growing trend of young people approaching the MEK and its network of Resistance Units, Tehran increased its efforts on social media to smear the MEK’s image.  According to a recent report compiled by the Iranian Resistance, Tehran’s propaganda machine has been focused on attacking the MEK since the beginning of the nationwide uprising.

“The Iranian regime has also officially admitted having deployed tens of thousands of fake social media accounts to masquerade as dissident groups or individuals while trashing the organized resistance and attempting to delegitimize those who truly advocate regime change,” according to the report.

If the MEK is a “fringe grouplet” with no future, why would Tehran spend so much money to smear its image? Furthermore, if the MEK lacks popular support, who would agree to carry out their demands via phone call or social media message, especially when doing so would have serious consequences for them? Tehran has a long history of failing to counter the rising popularity of its viable alternative.

Ruhollah Khomeini, the regime’s then-supreme leader, begged people in 1981 to “spy” on the MEK. “When Islam is in danger, you should preserve it even by lying,” he said, referring to himself and his regime as “Islam.” To maintain the holy state, you are even permitted to drink alcohol and must lie.” Khomeini eventually found the solution by slaughtering tens of thousands of MEK members and supporters, including the execution of over 30,000 political prisoners in a few months in 1988. But what is Khamenei to do now?

From #BloodyNovember to the spring of the democratic revolution, Iranian people’s glorious movement for freedom forges ahead
Speech marking the anniversary of the Nov. 2019 uprising, & paying tribute to the martyrs of the Iranian people’s uprising#IranRevolution pic.twitter.com/eOb0ZXWbE5