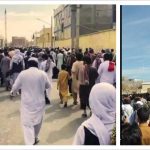 Written by Esmail Mohades on November 12, 2022. Posted in NEWS 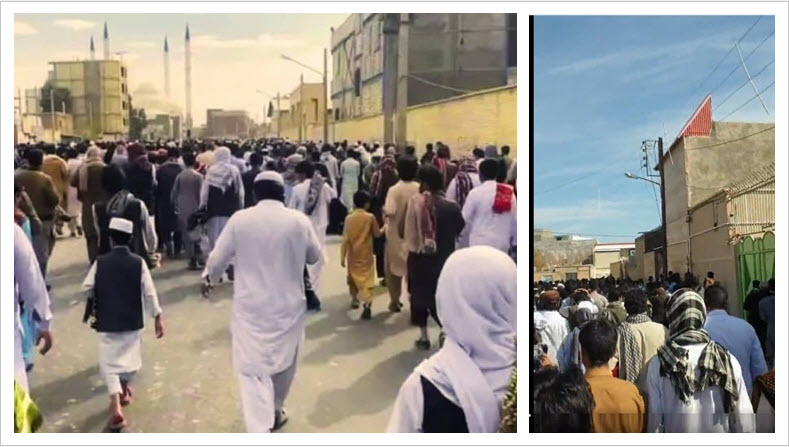 In Iranshahr, IRGC forces fired tear gas at the protesters. People clashed with the suppressive forces in Abuzar and Taleghani streets.

On the 40th day of the massacre in Zahedan on September 30 and on the 57th day of the Iranian people’s nationwide uprising, following the Friday prayers on Friday, November 11, the Baluchis took to the streets in Zahedan, Iranshahr, Saravan, Chabahar, Rask, and Khash and continued their protests, chanting “Death to Khamenei”, “Death to Velayat-e Faqih”, “From Khash to Zahedan, I sacrifice my life for Iran,” “Death to IRGC,” “Death to Basiji,” and  “We swear on the blood of those fallen that we will continue this path to the end!”

In Saravan, brave youths took control of the streets by burning tires. In Zahedan, the sound of shooting could be heard from different parts of the city, and a paramilitary Basij base was set on fire by the youths. In Saravan, people protested and chanted, “Death to IRGC” and “Death to Basiji.”

Mrs. Maryam Rajavi, the President-elect of the National Council of Resistance of Iran (NCRI), saluted the arisen people of Iran and said that the uprisings in Zahedan and blood-soaked Khash, and the grieving Chabahar, Iranshahr, Saravan, and Rask, as well as the people’s solidarity across the country with the martyrs of Baluchistan, showed that the September 30 and November 4 massacres have strengthened the Iranian people’s determination to overthrow the religious fascism ruling Iran and to establish democracy and the people’s sovereignty.

We salute the blood-drenched Zahedan and Khash and the bereaved Iranshahr, Saravan, Chabahar, and Rask, who rose up again to confront the IRGC with the slogans "Death to Khamenei – Damn to Khomeini."#IranRevoIution pic.twitter.com/yhb76uHmnF