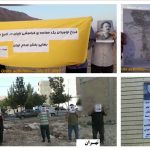 Written by Amineh Qaraee on August 2, 2022. Posted in NEWS 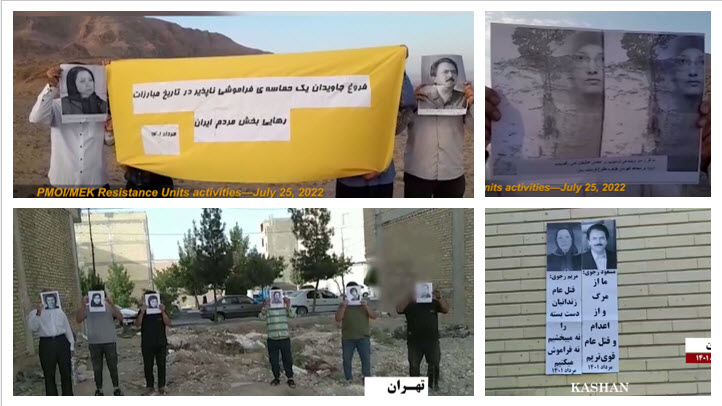 Resistance Units installed posters, and placards sprayed graffiti, wrote the remarks by the Resistance leadership, and laid wreaths on the martyrs’ graves on Friday and Saturday, July 29 and 30.

To mark the anniversary of the massacre of 30,000 political prisoners in 1988 MEK supporters and Resistance Units installed posters, and placards sprayed graffiti, wrote the remarks by the Resistance leadership, and laid wreaths on the martyrs’ graves on Friday and Saturday, July 29 and 30. A fatwa, issued at the time by the regime’s founder, Ruhollah Khomeini, ordered the execution of all MEK members who remained steadfast in their allegiance to the Organization.

The Resistance Units emphasized their commitment to seek justice for the martyrs of the 1988 massacre and to continue their path until the overthrow of the religious fascism ruling Iran and the establishment of freedom and democracy in Iran. 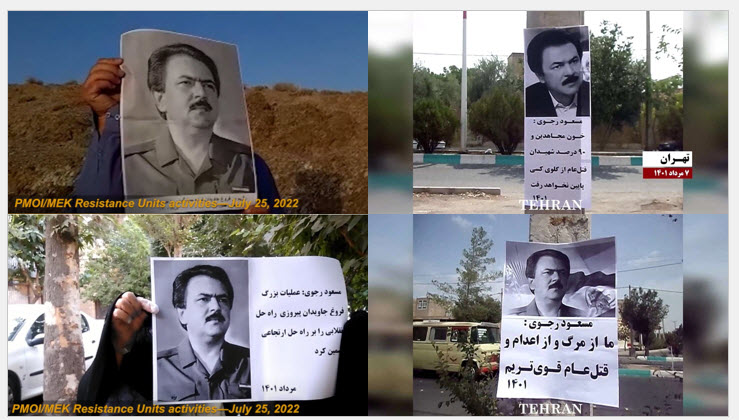 The posters and placards read, among others: “Masoud Rajavi: No one can exploit the sacrifice of the MEK, who comprised 90% of the martyrs in 1988.” 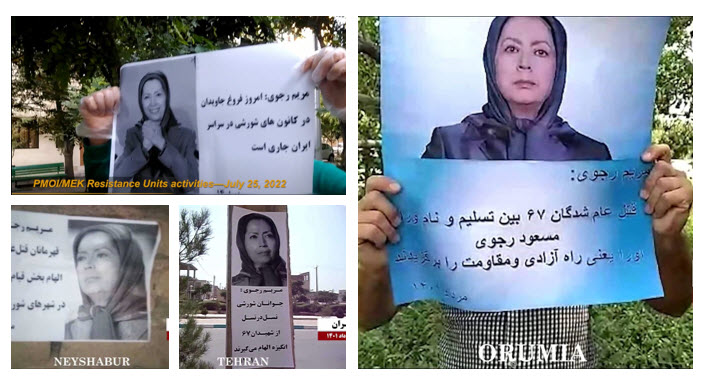 “Maryam Rajavi: Seeking justice for the martyrs of the 1988 massacre is a patriotic duty,”, “Raisi must face justice. This is the verdict of history and the will of the Iranian people,”

“Maryam Rajavi: The movement seeking justice continues until the overthrow of the murderous regime,” “Maryam Rajavi: Victims of the 1988 massacre chose between surrender and the path of Masoud Rajavi, i.e. the path of freedom and resistance,” “We seek the prosecution of Raisi, responsible for the 1988 massacre of our valiant children”, “Democracy and freedom with Maryam Rajavi,”, “Long live the memory 30,000 martyrs martyred in 1988 who went to the gallows and became immortal). We will neither forgive nor forget”.