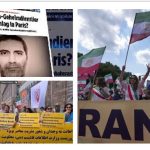 Written by Esmail Mohades on July 5, 2022. Posted in NEWS 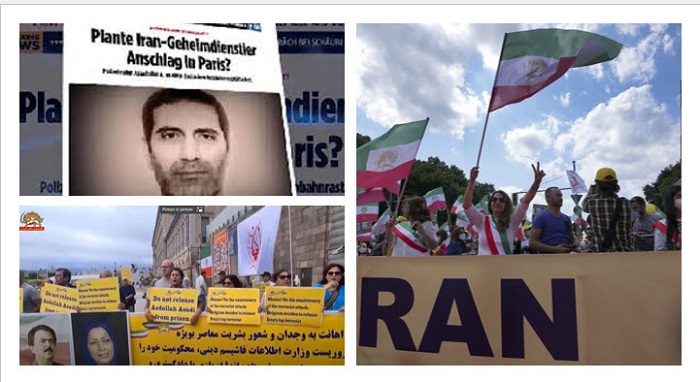 On Tuesday, the Belgian parliament is scheduled to vote at the Committee level, and on Thursday, July 7, there will be a final vote that will allow Brussels to proceed with the so-called prisoner exchange with interested parties.

Less than 24 hours after reports surfaced that the Belgian government had been planning a deal with the Iranian regime to free terrorist Assadollah Assadi and three of his accomplices, Iranians and political figures from all over the world have spoken out in outrage to let Brussels know it cannot move forward with such a deal without carefully considering the consequences. On Tuesday, the Belgian parliament is scheduled to vote at the Committee level, and on Thursday, July 7, there will be a final vote that will allow Brussels to proceed with the so-called prisoner exchange with interested parties.

Former US Attorney General Michael B. Mukasey wrote to Mrs. Tillieux, speaker of the Belgian parliament, saying, “As you no doubt have guessed by now, I believe that this bill would disgrace your Chamber and Belgium, and should not be passed.” “No sentient person can doubt that releasing to Iran a former diplomat of that country who was convicted of using his diplomatic status to try to commit mass murder would reward a heinous act. The notion that he would serve any period of confinement in Iran is naive and ridiculous… I urge you to do all you can to persuade your colleagues not to approve this unwise and imprudent legislation.”

“How will you explain to the Belgian people that terrorists, who would have received only one-fifth of their sentence, be handed over to a state terrorist (who could plan other attacks) while the Belgians or persons sentenced in Belgium will have to undergo at least one-third of their sentence? How will you explain that by this treaty, you give legitimacy to perfidious Iranian foreign policy? It is certain that subsequently, the taking of innocent hostages will be facilitated since Iranian secret service agents and terrorists will be handed over, ultimately, to their government. We, therefore, have serious questions about this decision by the Belgian government which makes a mockery of the decisions of a Court and, of a Court of Appeal of Antwerpen and, tireless work for 4 years, federal prosecutor’s office,” Mr. Reusel and Mr. Beauthier concluded. 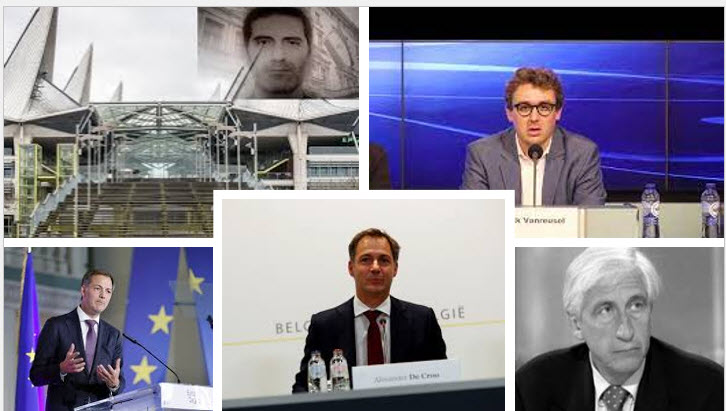 In a letter to Alexander De Croo, Prime Minister of Belgium, Georges-Henri Beauthier and Rik van Reusel, attorneys for the Iranian Resistance who led the case against the Iranian regime in the Antwerp court: “likely be pardoned by the Iranian regime, in Iran.”

The French Committee for a Democratic Iran wrote to the Belgian government, insisting: “The assassination plot near Paris could have developed into the biggest terrorist attack in Europe. If passed, this bill will encourage religious fascism in Tehran to carry out its terrorism. This shows how Belgium has surrendered to the biggest state sponsor of terrorism in Iran. The Belgian government must immediately put an end to this shameful deal with the Iranian regime because this creates a dangerous practice and endangers the security and stability of Europe.”

There is no doubt that Assad’s terrorist plot was ordered from the highest echelons of the regime, according to the International Committee “In Search of Justice,” which was founded by former MEP Paulo Casaca, former Italian foreign minister Giulio Terzi, former vice president of the European Parliament Alejo Vidal-Quadras, and former vice president of the European Parliament Struan Stevenson. “The EU should have demanded they be held to account. There is also no doubt that if these prisoners are allowed to return to Iran, they will never be asked to serve prison sentences in that country… Their release from prison in Belgium would make a complete mockery of justice and send the clearest signal to the Iranian regime that they can conduct terrorist attacks in Europe with impunity…”

In response to the despicable deal between the Belgian government and the Iranian regime, the British Committee for Iran Freedom (BCFIF) released a statement signed by Professor Lord David Alton: “This is tantamount to releasing these convicted terrorists and allowing them to escape justice given the well-documented reputation of Iran’s Judiciary to grant and uphold impunity for regime officials for serious crimes, recently expressed by the UN Special Rapporteur on Iran.” It added, “’ We back the Iranian communities’ call on the Belgian Government to withdraw this bill, which not only undermines European efforts to counter-terrorism but also lends undeserved legitimacy to the brutal judiciary in Iran which is an essential instrument for the regime’s domestic repression.”

In hindsight, the Iranian regime has succeeded in extorting European governments into submission and assisting all of its terrorists in eluding justice. However, as the people of Iran show their determination to put an end to the tyrannical rule in Tehran, their fellow countrymen in the free world will demonstrate to the Western governments that it is past time for them to appease their murderers.

Today, #Brussels witnessed a sea of red, green & white flags, demonstrating the anger of the #Iranian people in diaspora who condemn a deal that is going to legitimize the release of state #terrorists who planned to murder them in a rally in 2018.#DontFreeTerrorists pic.twitter.com/8yMJkmX9hh