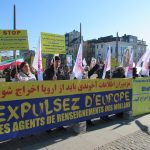 Written by Esmail Mohades on March 9, 2022. Posted in NEWS 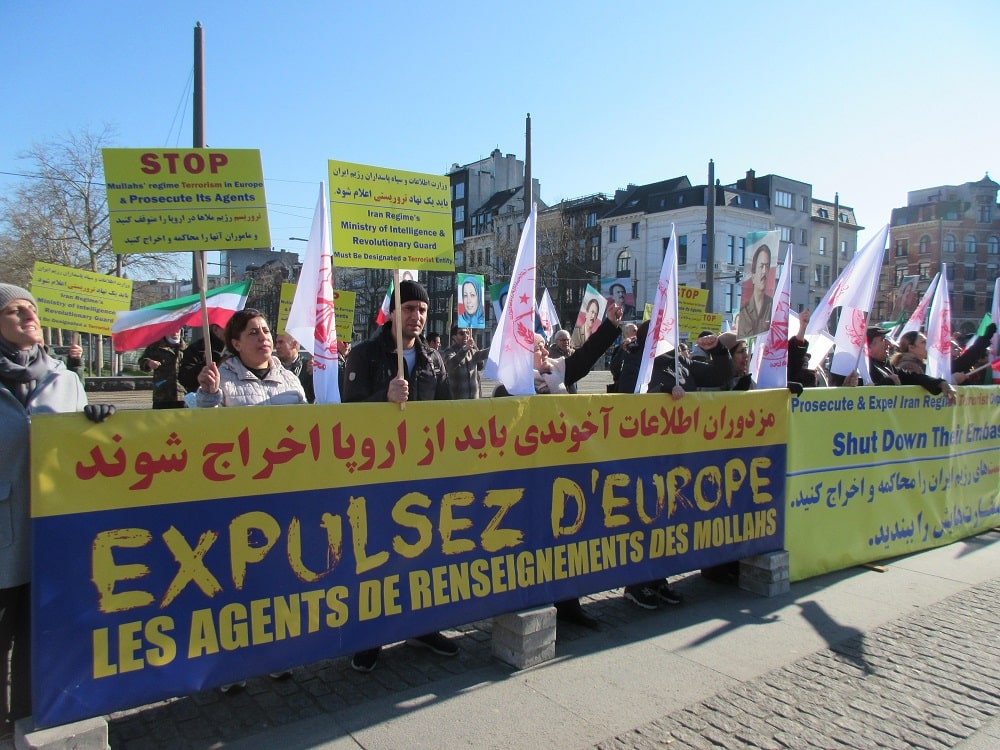 The Court of Appeal of Antwerp in Belgium convened on Friday, March 4 to re-evaluate the various dimensions of an Iranian intelligence apparatus terror plot against the Iranian Resistance in 2018.

The Court of Appeal of Antwerp in Belgium convened on Friday, March 4 to re-evaluate the various dimensions of an Iranian intelligence apparatus terror plot against the Iranian Resistance in 2018, which was eventually foiled by German, Belgian, and French police, who arrested an Iranian diplomat in Vienna and three of his accomplices. Terrorists were prosecuted and given severe prison sentences. The court convened hearings on December 9 to investigate explosives experts’ findings on the technical features of the bomb built by the Ministry of Intelligence (MOIS) in Tehran, which a sleeper cell planned to detonate at the Free Iran Summit in Villepinte, near Paris, on June 30, 2018.

Two explosives specialists from Germany and Belgium explained the components of the bomb delivered by an Iranian intelligence operative acting as a diplomat, Assadollah Assadi, during that session. Experts determined that the bomb’s substance and construction approach were done properly in order to inflict the greatest number of victims upon detonation. The bomb would detonate a powerful explosive wave that would shrapnel every hard object in its path, increasing the death toll.

According to the Belgian expert, the bomb’s blast radius was 53 meters, causing further damage in an area of almost 9,000 square meters. This explosive was designed to evade bomb detectors and was constructed in Tehran.

Following these remarks, the lawyers representing Assadollah Assadi’s convicted bombers, Nasimeh Na’ami, Amir Saadouni, and Mehrdad Arefani, attempted to dispute the technical accounts and diminish the bomb’s effectiveness. The court session on Friday was held to look at their objections.

The fifth court of appeal of the foiled bombing of the #FreeIran rally in 2018 was held today in Antwerp, Belgium. The Antwerp court is hearing the appeals of three accomplices of Assadollah Asadi, #Iran regime's diplomat terrorist, @4FreedominIran reports.pic.twitter.com/IJukcDBcEP

Assadi, the mastermind of the conspiracy and the principal defendant in this case, was sentenced to 20 years in jail by the Court of Antwerp and is presently serving his sentence in prison.

The Iranian Resistance’s lawyers, Georges-Henri Beauthier and Rik Vanreusel, as well as officials from the National Council of Resistance of Iran (NCRI), who were among the plaintiffs in this case, attended the conference.

Supporters of the NCRI gathered in front of the Antwerp Palace of Justice, chanting slogans condemning the Iranian regime’s terrorism and urging European nations to close embassies that have served as spies and terrorist training camps.

The prosecution defended his indictment at the hearing, claiming that the device was put both to terrify and to kill. He emphasized that regardless of the explosive’s actual weight, it would have killed a large number of people due to the panic, rush, and consequent injuries that such a detonation would have caused.

Mr. Rik Vanreusel, who represents both the NCRI and the plaintiffs, indicated that while the defendants’ counsel is attempting to diminish the crime, the true case amounts to international terrorism. He emphasized that the perpetrators were all covert agents of the regime, rather than ordinary employees who were paid for their work, so refuting the argument totally, citing Tehran’s long history of terrorism against its opponents.

“Had the operation been successful, it would have been Europe’s biggest terror strike in terms of victims,” Georges-Henri Beauthier stated.

The counsel for the defendants rehashed some of their previous statements. The comments made by Mehrdad Arefani were possibly the most interesting part of the session. The Iranian spy, who pretended to be an atheist poet and an Iranian Resistance member in order to infiltrate and manage the terror attack, denied any ties to Assadi or the MOIS. In court, he said he was not “Assadi’s eyes and ears.” However, his denial has been undermined by the fact that some of his text exchanges to Assadi have been recorded and filed in court.