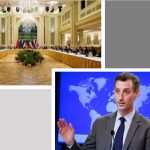 Written by Esmail Mohades on January 2, 2022. Posted in NEWS 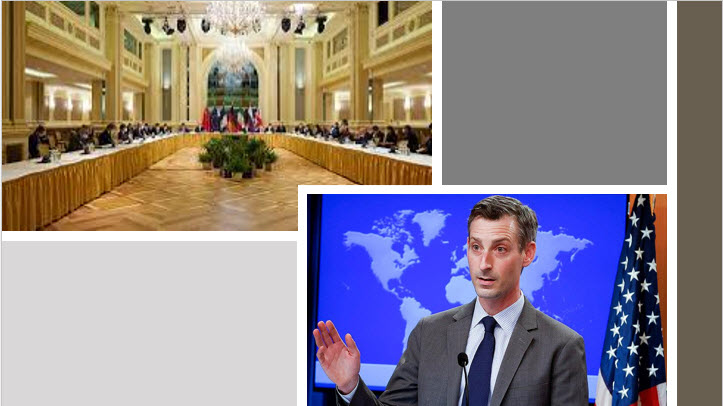 The last couple rounds also began with new nuclear provocations and were then characterised by, in some cases, vague, unrealistic, and unconstructive positions on Iran’s part.

The third day of the eighth round of Iranian regime talks in Vienna ended with more of the same: little or no progress, expressions of alarm about Tehran’s fast-moving uranium enrichment, and a date for next week’s meetings. The Iranian leadership and some of its friends are optimistic about the talks’ progress. However, other participants in the negotiations disagree. Tehran continues to “drag its feet,” according to US State Department spokesman Ned Price.

Iran would keep its uranium enrichment levels at up to 60%

“The last couple rounds also began with new nuclear provocations and were then characterised by, in some cases, vague, unrealistic, and unconstructive positions on Iran’s part,” he said during a phone briefing on Tuesday.

European negotiators, on the other side, have expressed concern over the Iranian regime’s nuclear program’s speed. Following Mohammad Eslami’s announcement that Iran would keep its uranium enrichment levels at up to 60%, European officials voiced concern about why the government would require such levels of enrichment.

On Tuesday, negotiators from the United Kingdom, Germany, and France said 60% enrichment was still “unprecedented for a state without nuclear weapons.” 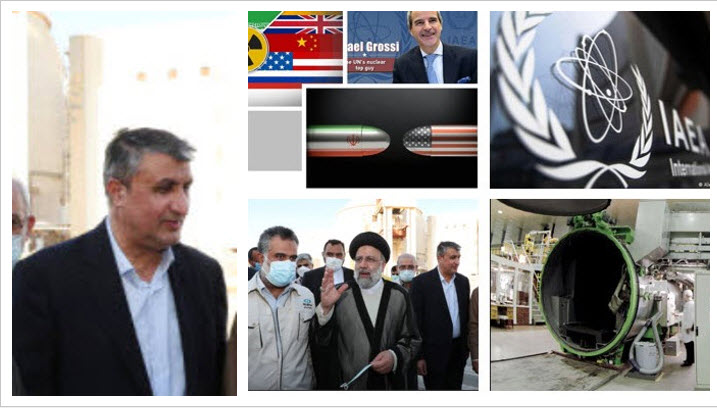 On Tuesday, negotiators from the United Kingdom, Germany, and France said 60% enrichment was still “unprecedented for a state without nuclear weapons.”

The regime risky measures in its nuclear programme

“This is a critical negotiation… In a statement, negotiators from the United Kingdom, France, and Germany said, “We are clear that we are nearing the point where Iran’s escalation of its nuclear programme will have completely hollowed out the [Joint Comprehensive Plan of Action (JCPOA)].” That means we only have weeks, not months,” they warned, to reach an agreement before the JCPOA’s key non-proliferation benefits are gone. According to some sources, Europeans are considering reimposing sanctions on Iran’s regime if the talks fail and Tehran continues to take risky measures in its nuclear programme.

Meanwhile, Iranian officials and state media are split on whether the talks are a triumph or a stalemate. On the one hand, regime officials claim to have achieved significant headway in enforcing their demands on Western allies. On the other hand, some state media are urging the Raisi government not to back down on requirements such as not addressing the regime’s ballistic missile programme since it would be a “humiliating retreat. 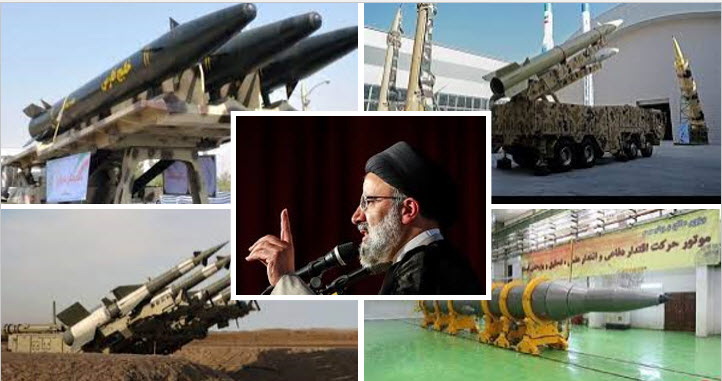 Some state media are urging the Raisi government not to back down on requirements such as not addressing the regime’s ballistic missile programme since it would be a “humiliating retreat.

UN should be serious about Iran’s nuclear programme

” At the same time, other experts are warning against escalating demands and refusing to cooperate with the International Atomic Energy Agency, which might lead to the UN Security Council referring to Iran’s nuclear programme.

First, even if all sanctions are withdrawn, conducting financial transactions with Iranian enterprises will be extremely difficult due to the regime’s opaque financial system, support of terrorism, and network of money laundering activities. Add to it the fact that the Revolutionary Guards (IRGC), which is notorious for its criminal activities, is behind a substantial portion of Iran’s financial networks. Even if there are no financial obstacles, corporations will find it difficult to negotiate trade agreements with a country that is rife with financial corruption and illegal activity. 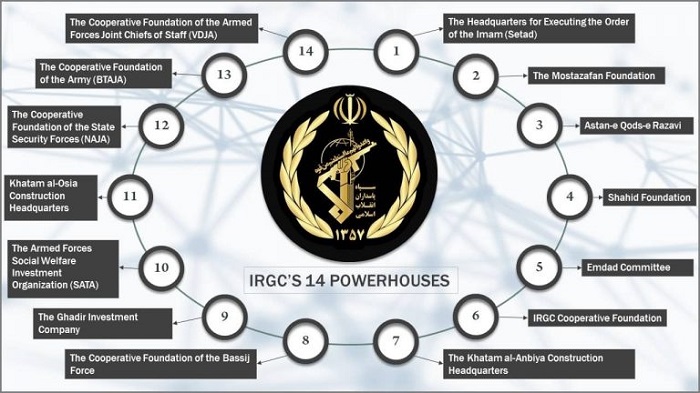 A depth look at these foundations. The information below are excerpts of NCRI-US office book “The Rise of the Revolutionary Guards’ Financial Empire.”

Second, by requesting an assurance of no further sanctions, the regime is implicitly requesting that the world ignore its terrorist actions, human rights crimes, and ballistic missile development. The 2015 nuclear deal, as well as the upheaval that followed in the Middle East, provide sufficient evidence of what happens when the regime’s belligerence is left uncontrolled.

The Iranian regime is torn between complying with foreign demands and continuing on its belligerent and confrontational path. Both choices will have negative effects on the regime’s authoritarian and ruthless rule.

Experts and analysts warn that Iran’s demands are difficult to meet, if not impossible Tehran’s history of money laundering and funding terrorism makes it difficult to conduct business with Iranian companies Tehran has yet to agree to discuss its ballistic missile program during the talks. And it is in severe breach of the 2015 nuclear agreement.