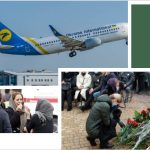 Written by Mohsen Aboutalebi on December 28, 2021. Posted in NEWS 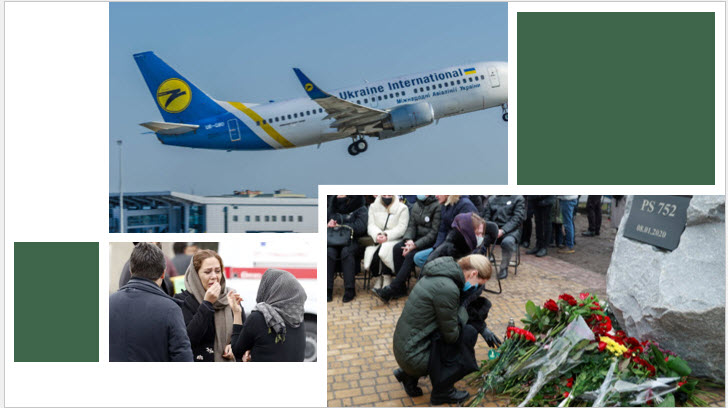 One of the most compelling pieces of evidence is the regime’s refusal to accept responsibility or accountability for the crime.

In Iran, judicial cases are frequently disregarded or purposely postponed, particularly when the regime is implicated in human rights violations or criminal inhumane crimes in which the regime’s leader is the principal perpetrator. The downing of Ukrainian flight PS752 has been one of the most tragic occurrences in recent years. The regime’s Revolutionary Guards

Ali Khamenei the regime leader is the perpetrator

Although the Iranian government first denied involvement in the plane’s loss, evidence revealed that the regime made the decision to shoot it down. One of the most compelling pieces of evidence is the regime’s refusal to accept responsibility or accountability for the crime. Previously, the government staged a phony trial for the so-called criminals, which failed to produce any results, in order to spare the regime’s top perpetrators, who are the regime’s heads, in response to intense international pressure and the struggle of the victims’ families.

In this regard, the Ukrainian website Ukrinform wrote on December 23, 2021, in response to the regime’s refusal to work with the victims’ countries “Iran has refused to provide Ukraine with the identities and positions of those suspected in the downing of Ukraine International Airlines Flight 752 near Tehran.”Per the Office of the Prosecutor General, ‘the identities and positions of the accused, as well as their acts, are all kept secret.’ However, I’d like to reassure you that our criminal processes are progressing. In this fight for justice, we are not alone. 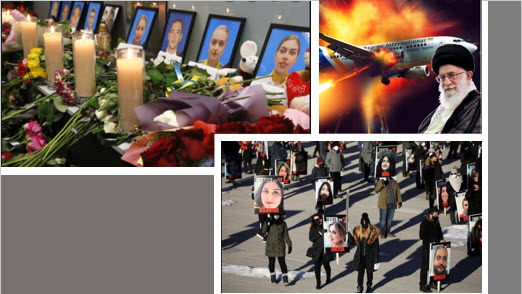 (IRGC) shot down the passenger flight, which had 176 passengers on board, just after it took off from Tehran’s Khomeini airport. The 176 passengers and crew members were all slain.

On the second anniversary of the tragedy of flight PS 752

“Canada, the United Kingdom, and Sweden are our reliable partners in both the intergovernmental process and the criminal bloc of issues,” said Deputy Prosecutor General Maksym Yakubovsky, who briefed relatives of the victims on the progress of the pre-trial investigation on the eve of the second anniversary of the PS752 crash.”

“On the eve of the second anniversary of the tragedy of the plane crash of UIA flight PS 752, Deputy Prosecutor General Maksym Yakubovsky met with relatives of the dead citizens of Ukraine to inform about the state of the pre-trial investigation,” Ukraine’s Office of the Attorney General wrote on its website.

Jan 11, 2020—During protests that erupted after the Iranian regime admitted to having shot down a civilian airplane on January 8, Iranian security forces opened fire on demonstrators. At least one demonstrator has been hurt, video obtained from the scene shows. The protesters were chanting, “Shame on you.

Representatives from Ukraine’s Ministry of Justice, Ministry of Foreign Affairs, and UIA’s management were also present at the ceremony.

“The Iranian side recently violated the agreements reached during the third round of interstate talks, which took place in June 2021, according to the Deputy Prosecutor General.” The pledge to give Ukrainian prosecutors access to the materials of the Iranian criminal case, which has already been brought to court, has not been kept.”

Iran, January 11, 2020—Iran’s regime has been forced to acknowledge the fact that the Ukraine International Airlines flight PS752 was targeted by its military units, killing all 176 passengers and crew.