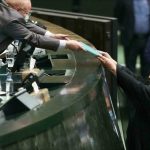 Iran: MEK Supports Teachers in their Fight for Their Rights

Written by Amineh Qaraee on December 27, 2021. Posted in NEWS 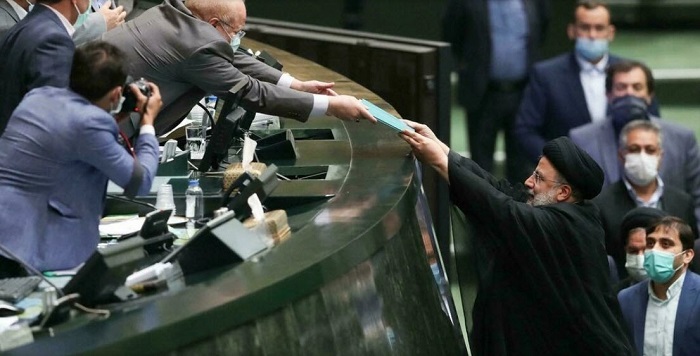 The dictatorship has no intention of meeting the requirements of millions of Iranians of the previous budget ideas had worked out.

The Iranian regime’s president, Ebrahim Raisi, presented the Majlis (Iranian Parliament) with the new budget bill for the new Persian year 1401, which will begin in March 2022. According to the data and figures presented in the bill, the regime has no preparations in place to address the needs of people across Iranian society who have been protesting for their rights in a country beset by poverty as a result of the regime’s corruption nature.

People from all walks of life are returning to the streets

Workers in a variety of industries have been protesting heavily in recent months to demand that the government give solutions to the country’s key socio-economic challenges, but the Majlis is only addressing a fraction of the difficulties that the Iranian people confront.

“In recent days, against the regime’s repressive measures, people from all walks of life are returning to the streets to voice their protest and reclaim their rights in the only way they can,” the People’s Mojahedin of Iran (PMOI / MEK Iran) declared.

With their continued actions across Iran, the MEK’s broad network of activists has been aiding the Iranian people in this regard. They have shown their sympathy for teachers and farmers during rallies in recent months, and they have repeatedly stated that the only way to solve the current problems is to destroy the mullahs’ dictatorship.

The Resistance Units posted a placard in Shiraz

In Tehran, a number of posters have been put up, one of which reads, “We must rise to reclaim our legitimate rights from the criminal mullahs.” Other posters with messages from Massoud Rajavi, the head of the Iranian Resistance movement, and Maryam Rajavi, the president-elect of the National Council of Resistance of Iran (NCRI), have been placed in other locations across Iran.

“The Resistance Units posted a placard in Shiraz that read, ‘There is no force in the world more powerful than our will to achieve freedom,'” the MEK added. Tabriz, Isfahan, Rasht, Mashhad, and Zanjan were among the cities where similar events were staged.”

The Resistance Units in Karaj have been appealing for the release of teachers who have been imprisoned by the regime’s security forces, holding posters that read, “Teachers are willing to sacrifice their lives and do not accept to live in disgrace.”

Activities of MEK Resistance Units – Posting pictures and messages of the Resistance’s Leadership in different cities.

The bill fails to address many important issues

Iranian teachers launched their most current round of protests in September, and it was only recently that the Iranian regime declared that it will finally address some of their requests in a bill enacted by the Majlis. However, the bill fails to address many important issues and appears to have been passed half-heartedly in order to silence the demonstrators’ voices. The administration has since boasted about the ‘teachers ranking’ bill and its accomplishments, while the Iranian Teachers Coordination Council has slammed the bill, calling it ‘deceitful and unacceptable.’ They warned the regime in their statement that unless the imprisoned teachers are released immediately, protests will continue across the country.

According to the bill, a total of 250 trillion rials has been set aside for about 734,000 teachers across Iran, although this only applies to those on permanent contracts, leaving tens of thousands of tutors working on unofficial contracts without access to funds.” The bill also stipulates that the budget will be allocated only if the government is able to raise the necessary funds,” the MEK added. The administration is already facing significant fiscal deficits, with no clear strategies in place to address them.”