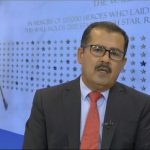 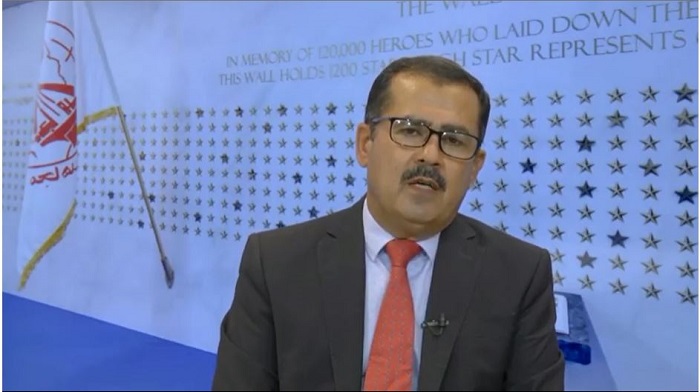 (PMOI / MEK Iran) and (NCRI): Gholamreza Jalal, a member of the People’s Mojahedin Organization of Iran, MEK. He was arrested in 1980, two years after the anti-monarchy revolution, and he was in various prisons in Tehran, Evin, Ghezel Hesar, and Gohardasht, until 1986.

President Ebrahim Raisi, who was recently inaugurated, is regarded to be one of the major offenders of the 1988 massacre. Raisi rose to prominence as a member of the “death commission” in the summer of 1988, which oversaw the execution of 30,000 political inmates, the vast majority of whom were members of the People’s Mujahedin of Iran (PMOI / MEK Iran).

Raisi worked as a “handyman” for then-Supreme Leader

Raisi worked as a “handyman” for then-Supreme Leader Ruhollah Khomeini, according to Iranian opposition activists, and was assigned to purge areas such as Lorestan, Kermanshah, and Semnan.

“I was arrested in 1980, two years after the anti-monarchy revolution, and I was in various prisons in Tehran, Evin, Ghezel Hesar, and Gohardasht, until 1986.” Gholamreza Jalal, a survivor of the massacre spoke.

‘You will only leave here, dead.’

“From the beginning, Khomeini wanted to eliminate all the young people who stood up against and resisted his rule.” Jalal continued. “They told us their decision at various times without any hesitation, saying that we would not let you leave alive.

And they used to say, ‘You will only leave here, dead.’ Or they said that the grenades were ready in case of an event outside prisons. We would drop two grenades in each cell and finish the job.”

Trials carried out during the summer of 1988

During his testimony, Jalal discussed the hasty nature of the trials carried out during the summer of 1988. Prisoners were summoned into interrogation rooms and then sentenced to death in a matter of minutes.

“You must have heard about the two-minute trials. You might think that a lot of political prisoners had been indicted. But that was not the case. None of those arrested in the year 1980 had committed any crime at all. Many, like me, were arrested just for distributing the MEK’s publications. Many were arrested for participating in a rally… And after being held in various prisons, they were finally sent to Ghezel Hesar or Evin prisons and were executed during the 1988 massacre.” He explained.

During the massacre, prisoners, specially MEK members were frequently tortured with disproportionate brutality: “To break the prisoners’ resistance, they starved us. For example, they gave us one spoonful of food every day and wanted to torture us in this way.

Then they took us to the cage. I was kept in a small cage for a long time, to the extent that my body shape changed. I was also kept inside a coffin for a long time. When none of these measures worked, to break our resistance, we were transferred to solitary confinements.”

However, despite the numerous crimes against humanity and the calls from human rights organizations demanding accountability, the regime has only faced impunity from the international community.

Perpetrated the massacre at highest positions in this regime

“Now, the same officials, who perpetrated the massacre of our friends, tortured us, and signed the execution order of our friends, are promoted to the highest positions in this regime.

In particular, Ebrahim Raisi, one of the key members of the Death Commission, has been appointed as the president of the regime. Other henchmen, for example, Mostafa Pour Mohammadi and Alireza Avaei, were the regime’s Ministers of Justice in the Rouhani’s government, one after another. Ebrahim Raisi was previously the Judiciary Chief and is now the president,” Yousefi concluded.