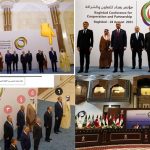 Written by Amineh Qaraee on September 2, 2021. Posted in NEWS 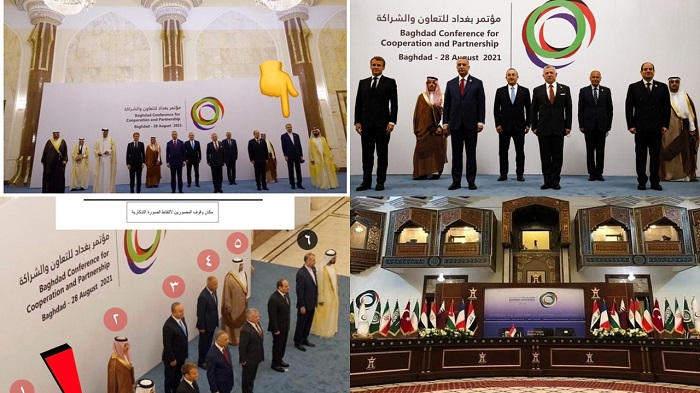 (PMOI / MEK Iran) and (NCRI): The picture that’s going viral in Iraqi social media, Iran’s FM broke protocol during the Baghdad Summit and stood in the front row, which is meant for heads of state. Iranian FM was meant to stand beside the Saudi FM.

On August 28, 2021, the Baghdad Summit was held in the Iraqi capital, with the participation of the leaders and senior officials of Baghdad’s bordering countries. What is the nature and purpose of this summit, aside from the obvious reasons for having it?

Turbulences abound in the Middle East

According to the analyses of the National Council of Resistance of Iran (NCRI), and the People’s Mujahedin of Iran (PMOI / MEK Iran), many crises and turbulences abound in the Middle East.

According to observers, there are only a few moments and days when this crisis-prone region is not engulfed in the flames of wars, which are raging in one corner of the territory, no conflict between the two countries arises, and no severe threats are made to the region’s governments and people. 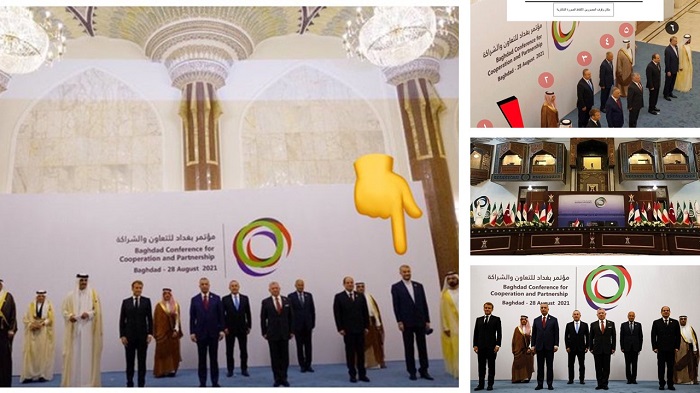 (PMOI / MEK Iran) and (NCRI): many crises and turbulences abound in the Middle East.

Prior to the start of the Vienna discussions on the Iranian government’s nuclear program, French President Emmanuel Macron stated that any new Iran nuclear deal (JCPOA) negotiations should involve Saudi Arabia and other regional countries.

“Saudi Arabia and its ally the United Arab Emirates have said that Gulf Arab states should be involved in any talks this time which they say should also address Iran’s ballistic missile program and its support for proxies around the Middle East,” wrote Reuters, on January 29.

The Iranian leadership met with Saudi Arabia in Baghdad in the auspices of the so-called Iraqi Initiative to prevent Arab countries from intervening in the Vienna talks and to ensure that the regime’s regional ambitions were not included in future nuclear negotiations.

This might have a significant impact on the Iranian regime, which continues to oppose it.

Some secret and sometimes formal discussions between Iran and Saudi Arabia were held in conjunction with the Vienna talks, but no specific outcome was reached. 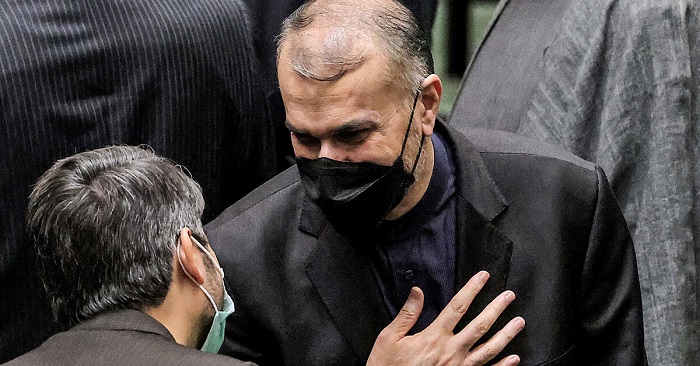 (NCRI) and (PMOI / MEK Iran): Some secret and sometimes formal discussions between Iran and Saudi Arabia were held.

Now that the Iraqi government has taken over as host, Iranian-Saudi discussions have resumed. On August 28, the two countries, along with other Iraqi neighbors except for Syria, convened in Baghdad.

The Saudi Foreign Ministry, as well as its Iranian equivalent, were in Baghdad for the summit.

Iran’s Foreign Minister Hossein Amir Abdullahian, who represented the Iranian government at the Baghdad summit, stated that Iran is willing to expand bilateral and regional cooperation with Saudi Arabia. 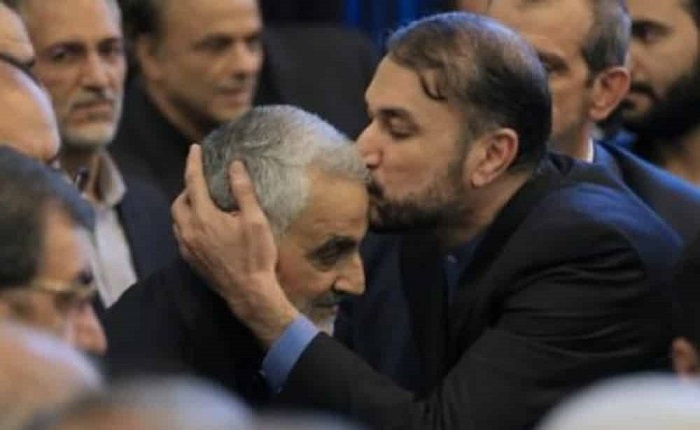 (NCRI) and (PMOI / MEK Iran): Soleimani had a tight friendship with Abdolahian.

The Iranian regime has had extensive interventions in Iraq

There is no doubt that the Iranian regime has had extensive interventions in Iraq since the fall of the former Iraqi government, which have spread to other countries such as Yemen, Lebanon, Syria, and others, endangering Saudi Arabia’s interests as well as the stability of all Middle Eastern countries.

Something for which the Iranian people and people in other nations are paying the price, not the regime. As a result, countries like Iraq are looking for a method to put a stop to Saudi Arabia’s and Iran’s proxy warfare.

(NCRI) and (PMOI / MEK Iran): Iran-backed militia stormed at the US Embassy in Baghdad, Iraq. The attack was orchestrated by terrorists – Abu Mahdi al Muhandis and Qays al-Khazali – and abetted by Iranian proxies – Hadi al Amari and Faleh al-Fayyad. All are seen outside the embassy.

After the attacks on the Saudi embassy and consulate in Tehran and Mashhad six years ago, the Saudi government and the Iranian government have had no diplomatic contacts and have been fighting a proxy war in Yemen.

It was previously assumed that as negotiations between Saudi Arabia and Iran progressed, Saudi Arabian officials would travel to Tehran to attend the inauguration of the regime’s new president, Ebrahim Raisi, but this did not occur; instead, it appears that the level of talks and cooperation is still undeveloped and unstable.

Iran’s regional dialogues with Arab countries undoubtedly collide with the Abraham Accord, and the strengthening of one of the two negotiations automatically weakens the other. From this viewpoint, the Iranian government’s participation in the Baghdad Summit can be examined. 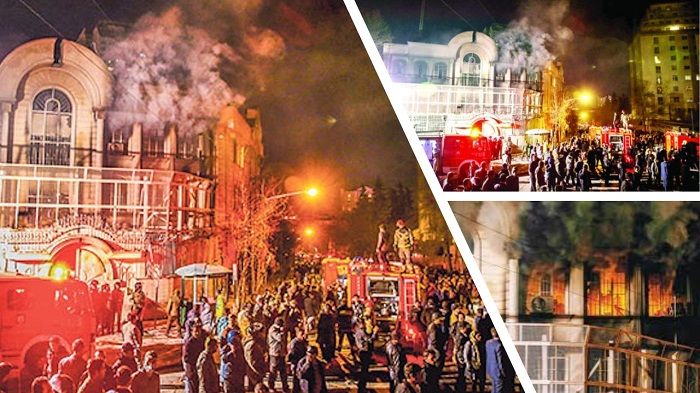 (NCRI) and (PMOI / MEK Iran): The attacks on the Saudi embassy and consulate in Tehran and Mashhad.