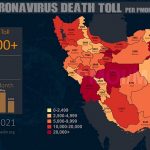 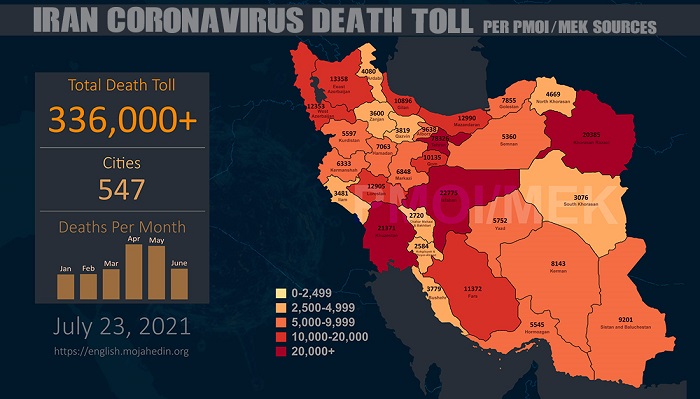 The National Council of Resistance of Iran (NCRI), and the People’s Mujahedin of Iran (PMOI / MEK Iran), reported that the coronavirus death toll in 547 cities surpasses 336,000.

“The Delta COVID-19 variant had been detected in India since the early spring in March 2021, and authorities could have taken more appropriate policies to prevent its entry,” Tasnim news agency admitted today. “All of them (officials) knew that cross-border exchanges with India, Pakistan, and Afghanistan were very high and there was a possibility of the virus transmission.”

Firoozabadi Shahrari Hospital spokesperson said: “The COVID-19 referrals have increased unprecedently. Previously, we had 25 to 50 visits for remdesivir injection daily, but we have had 250 visits from morning to noon in recent days,”. (Hamshahri daily, July 23, 2021) 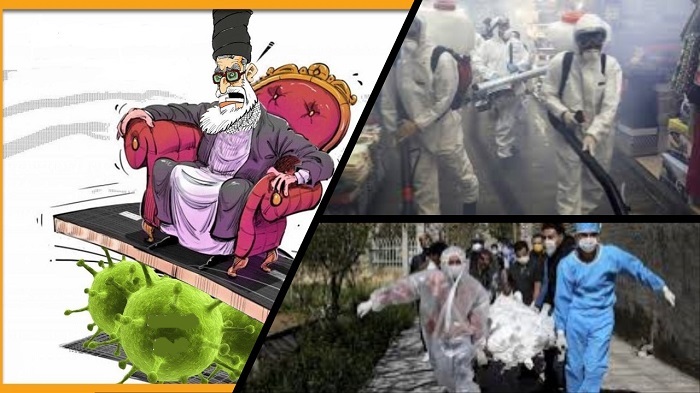 (NCRI) and (PMOI / MEK Iran): Iranian people are fed up with this corrupt regime that puts its own interests first.

Khamenei, who publicly banned the importation of American, British, and French vaccines, today brazenly blamed the disruption on vaccine distribution on the vendors’ mismanagement.

(NCRI) and (PMOI / MEK Iran): COVID-19 fatalities in 547 cities exceed 336,000. Tehran is in crisis as long as we don’t have a national system to evaluate mutated viruses, we will always be facing threats and we need to definitely provide measures to have an immediate and timely response,” said a senior health official in Tehran.

Mazandaran University of Medical Sciences spokesperson said: “We are in a black and critical situation; all hospitals are full and the medical staff are very vulnerable,”. (State radio and TV news agency, July 23, 2021)

Hormozgan University of Medical Sciences spokesperson said: “In the past 24 hours, the COVID-19 death rate and hospitalization have hit a record,”. (Tasnim news agency, July 23, 2021)