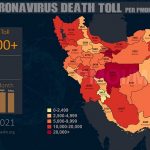 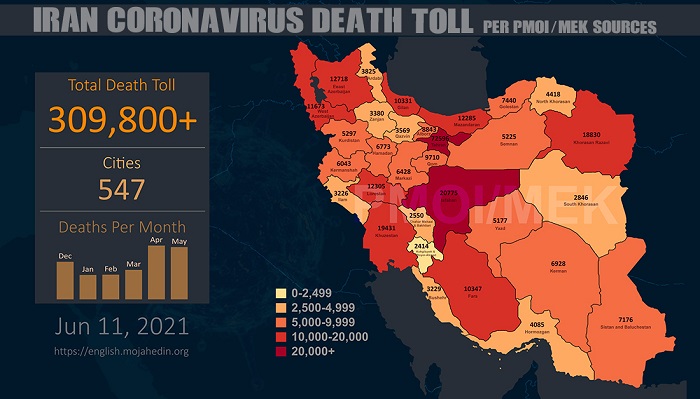 The National Council of Resistance of Iran (NCRI), and the People’s Mujahedin of Iran (PMOI / MEK Iran), reported that the coronavirus death toll in 547 cities surpasses 309,800.

(PMOI / MEK Iran) and (NCRI): COVID-19 fatalities in 541 cities exceed309,800. Tehran in crisis As long as we don’t have a national system to evaluate mutated viruses, we will always be facing threats and we need to definitely provide measures to have an immediate and timely response,” said a senior health official in Tehran.

The COVID-19 statistics show the infection trend is rising again, which could be the fifth outbreak’s alarm. (Mehr news agency, June 11, 2021) 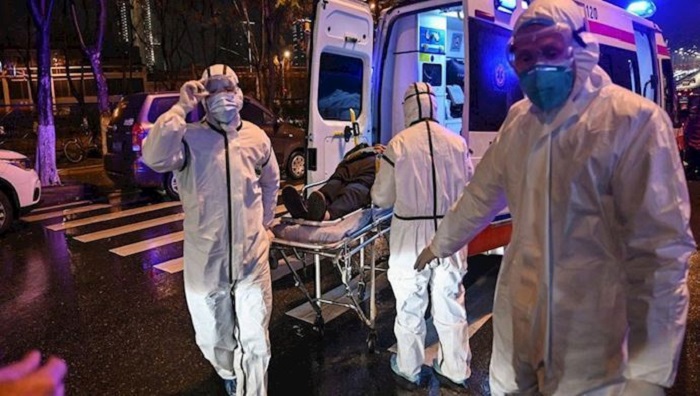 (NCRI) and (PMOI / MEK Iran): Efforts by the present regime in Iran to try to conceal the spread of coronavirus (COVID-19) in Iran haven’t been successful, as the world is fully aware of the impact of the independent news report.

Qom University of Medical Sciences spokesperson said: From Friday, June 11, until the vaccines are delivered, there will not be any vaccination in any of the centers. (ISNA, June 11, 2021)

(PMOI / MEK Iran) and (NCRI): Thousands die due to coronavirus in Iran and the regime unable to stop it

Hormozgan University of Medical Sciences spokesperson said: Another record has been hit for the COVID-19 death toll. None of the cities in the Province are in good condition. (State-run media Shafaghna, June 11, 2021)