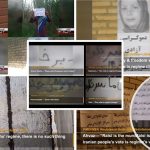 Written by Esmail Mohades on June 5, 2021. Posted in NEWS 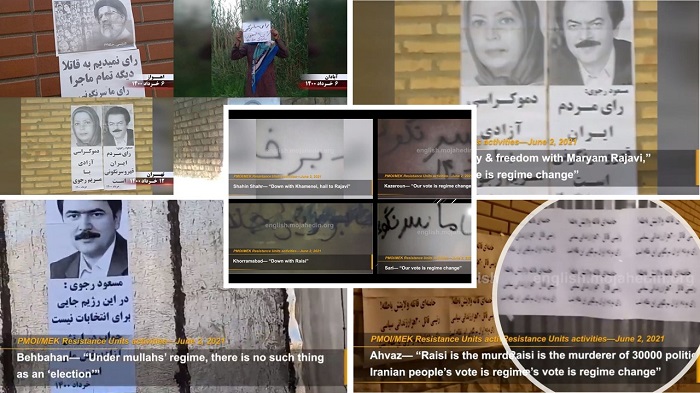 The National Council of Resistance of Iran (NCRI), and the People’s Mujahedin of Iran (PMOI / MEK Iran), reported that the resistance units and MEK supporters

call for an election boycott.

The network of the Mujahedin-e Khalq (PMOI / MEK Iran) in Iran continues to carry out its activities across Iran calling for the boycott of the mullahs regime’s sham elections.

MEK’s network, known as the Resistance Units, organizes anti-regime activities all around the country, installing posters, images, and banners to support regime change.

The Resistance Units call the main candidate of mullahs’ sham elections, Ebrahim Raisi, a murderer who was a key member of the death commission who sent thousands of political prisoners to the gallows in a matter of months in 1988. 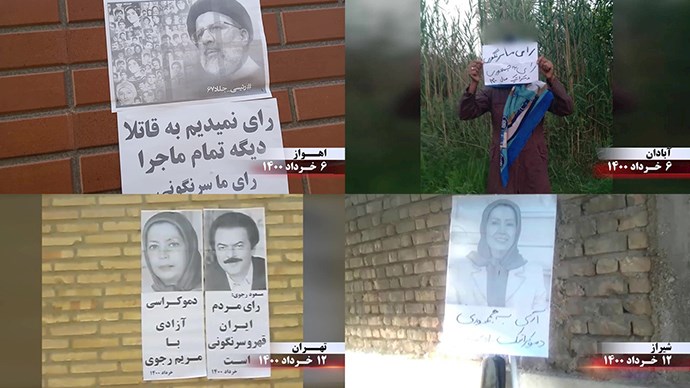 Resistance Units in walls of various cities were written, “We will not vote for murderers,” “Boycott mullahs’ sham elections,” and our vote is regime change. The campaign was launched in April by the MEK and is expanding every day.

During the whole month of April, these activities were carried out in over 250 areas in 27 provinces. In May this exceeded in over 310 places in all Iran provinces. 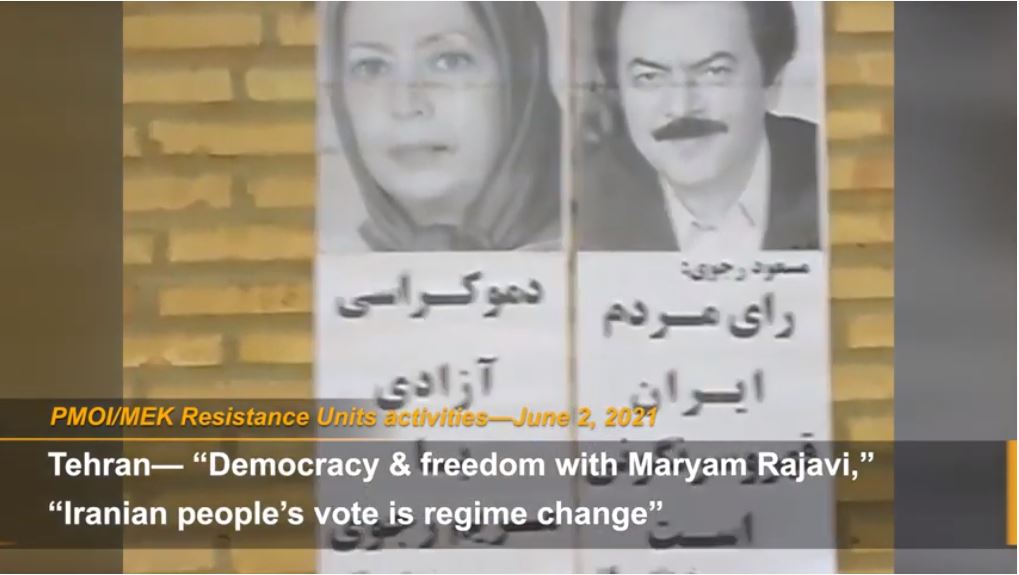 Activities were carried out across Iran 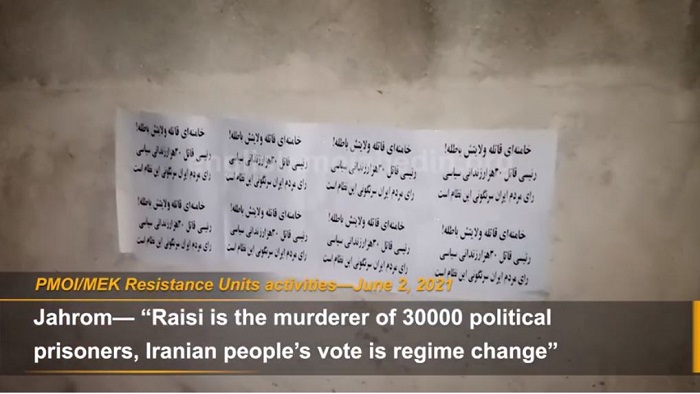 The Resistance Units installed, posters of the Iranian Resistance leader Massoud Rajavi and the President-elect of the National Council of Resistance of Iran (NCRI) Maryam Rajavi in major cities such as Tehran, Isfahan, and Mashhad, with the slogans:

“A strong no to the religious dictatorship, yes to a democratic republic,”

“Down with Khamenei, hail to Rajavi” and “The Iranian people’s vote is regime change.” 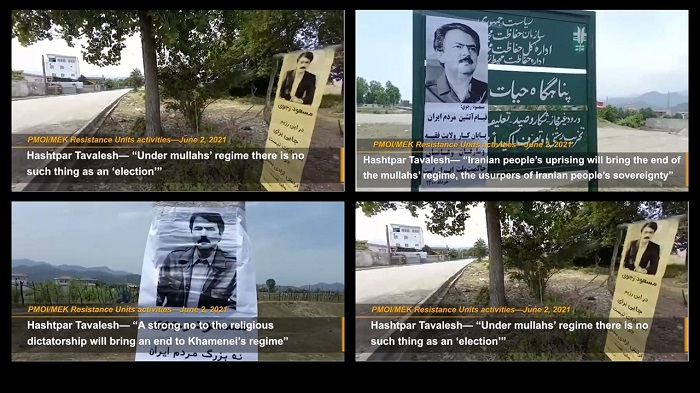 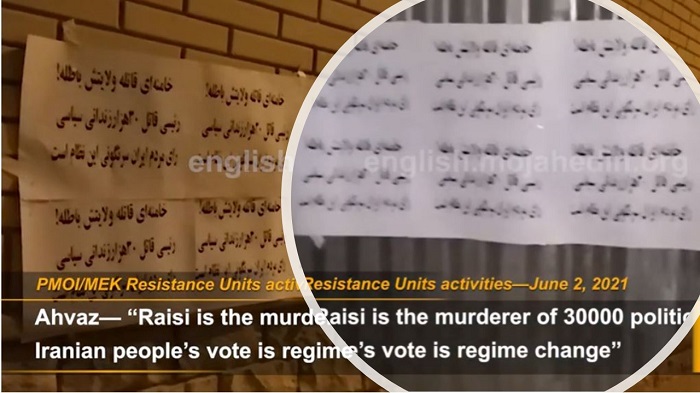 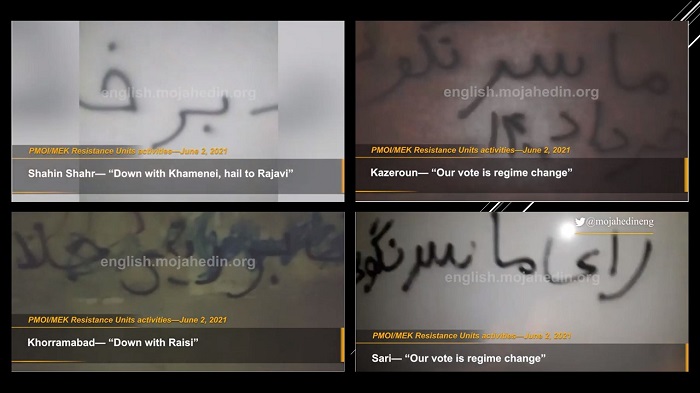 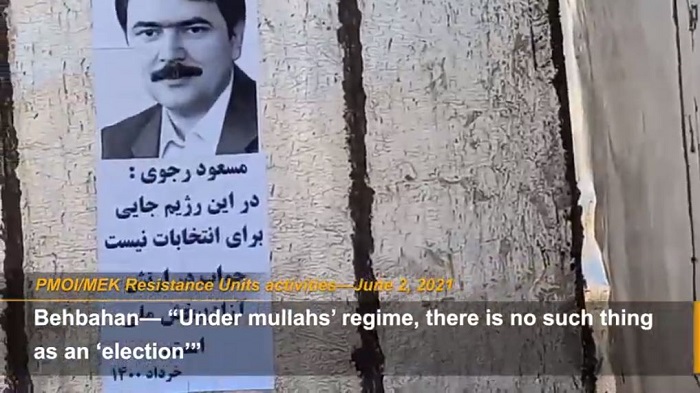 These activities are largely welcomed by the public and have become a national movement to boycott the elections.