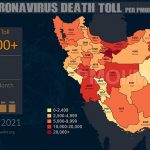 Written by Mohsen Aboutalebi on March 30, 2021. Posted in NEWS 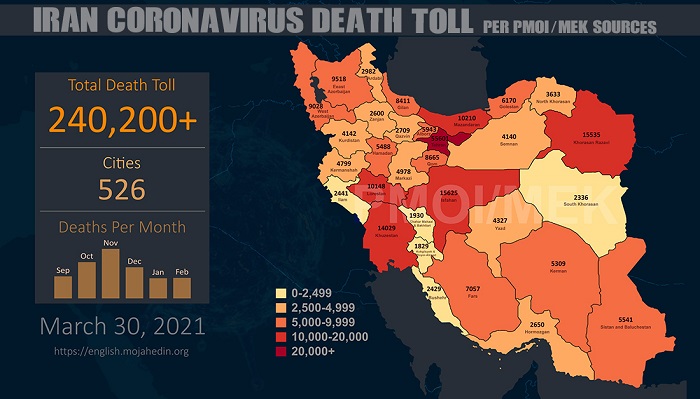 The National Council of Resistance of Iran (NCRI), and the People’s Mujahedin of Iran (PMOI / MEK Iran), reported that the coronavirus death toll in 526 cities surpasses 240,200.

Khamenei and Rouhani minimize the danger of the COVID-19 and refuse to take any position on this colossal crisis.

Director of the Medical Organization’s Public Relations said: Only about 161,000 people have been vaccinated, which is 0.2% of the country’s 83 million population. (State-run media Arman, March 30, 2021)

(PMOI / MEK Iran) and (NCRI): The mullahs’ regime bans the purchase of vaccines. Only about 161,000 people have been vaccinated, which is 0.2% of the country’s 83 million population. 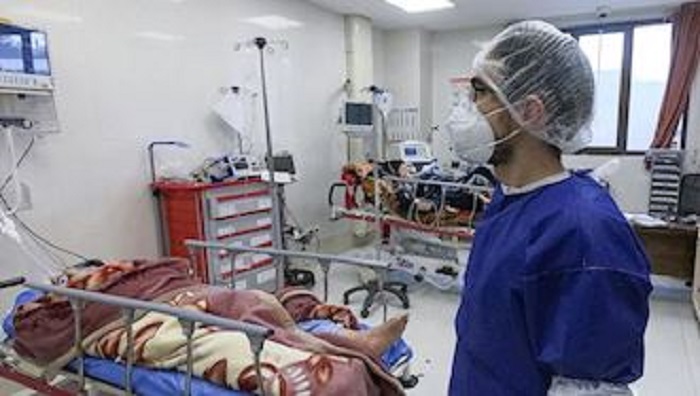 The Iranian people are sharing the real story themselves. Maryam Rajavi, the president-elect of the National Council of Resistance of Iran (NCRI), urged healthcare workers to defy the regime and do the same in order to save lives.

Mrs. Maryam Rajavi the President-elect of the National Council of Resistance of Iran (NCRI) said: In the face of the mullahs’ cover-up, over the past 13 months, the Iranian Resistance exposed coronavirus casualties in each of the Iranian provinces on a daily basis. The NCRI did not allow these deaths to be treated as a trivial or normal daily occurrence.