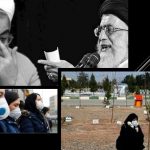 Iran: Supreme Leader’s claims of improving economy are nothing but a myth and deception

The National Council of Resistance of Iran (NCRI), and the People’s Mujahedin of Iran (PMOI / MEK Iran), reported that on the occasion of Nowruz, Persian New Year, Supreme Leader Ali Khamenei claimed that Iran has seen a huge leap in production compared to the year before.

Production leap is nothing but a myth

However, this is far from reality. These so-called reports from public and governmental agencies indicating a production leap are nothing but a myth because poverty has become more widespread than ever.

And at the beginning of the month, President Hassan Rouhani said that the country’s economy is headed in the right direction. He had said before that the economy has seen an increase in production – something that the ordinary people of Iran have not seen. 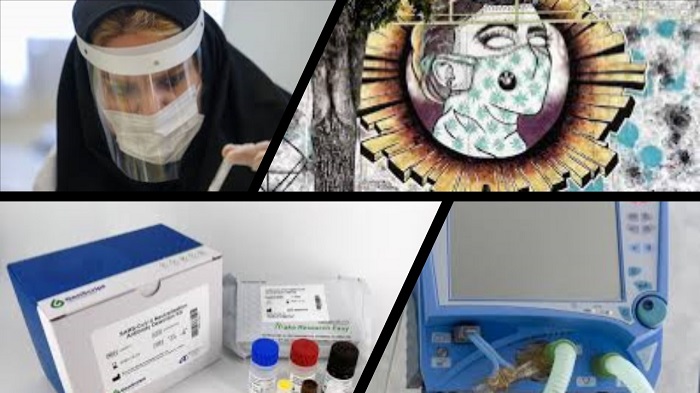 MEK Iran: Rouhani is lying about the production of supplies.

The reality of the situation is that the people of Iran are finding it more and more difficult to afford the most basic of goods. Normal food items are becoming luxuries beyond reach and people are having to adapt to their worsening financial circumstances.

People are seeing the price of goods increase significantly. For example, oil, meat, and poultry prices have risen between 100 and 300 percent in just 12 months.

Furthermore, unemployment rates are worsening. The regime’s own statistics indicate that the workforce over the past year has decreased significantly. During the spring and summer of last year, more than 2.7 million people lost their jobs.

If there was a leap in production, a significant portion of liquidity would have been invested but as it stands there is more unsettled liquidity than ever before. Liquidity has instead been drawn into the overinflated stock market by the government allowing numerous institutions to loot the assets of millions of people. 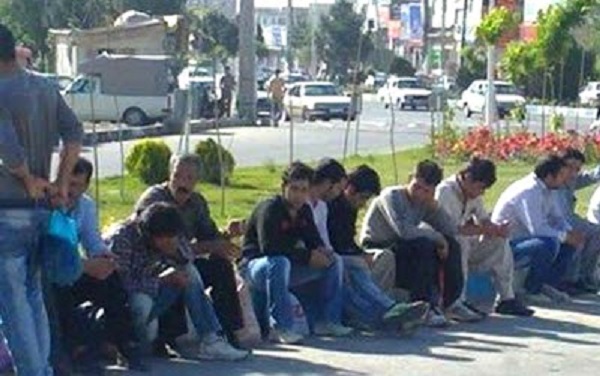 (NCRI) and (PMOI / MEK Iran): Unemployment is a crisis in Iran under the mullah’s regime.

Millions of people are living under the poverty line

The Mostaghel publication wrote earlier this month that at least 80 percent of the entire population of Iran lives in poverty. The regime has also acknowledged that more than three-quarters of pensioners cannot meet their most basic needs.

The people are getting poorer, the regime officials get richer

While the people are getting poorer, the regime officials get richer. Their lives of luxury are something that people can barely even imagine. What makes this divide between the rich and the poor even more difficult to swallow is that the rich regime officials and affiliates have gained their wealth off the back of the people through looting and corruption.

Contrary to the New Year speech by the Supreme Leader, the President-elect of the National Council of Resistance of Iran (NCRI), Mrs. Maryam Rajavi, was more realistic in her words.

Maryam Rajavi emphasized that the current Iranian government is struggling to survive and that there is nothing it can do to remedy the situation. She said that the year to come will see “the blazing of the flames of uprisings from underneath the ashes of disease and repression”.

Mrs. Rajavi calls on the people to rise up once again so that the regime can finally be overthrown. 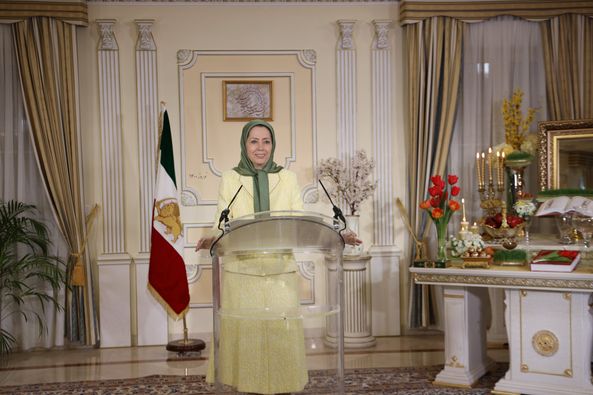