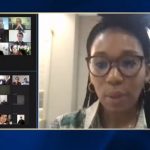 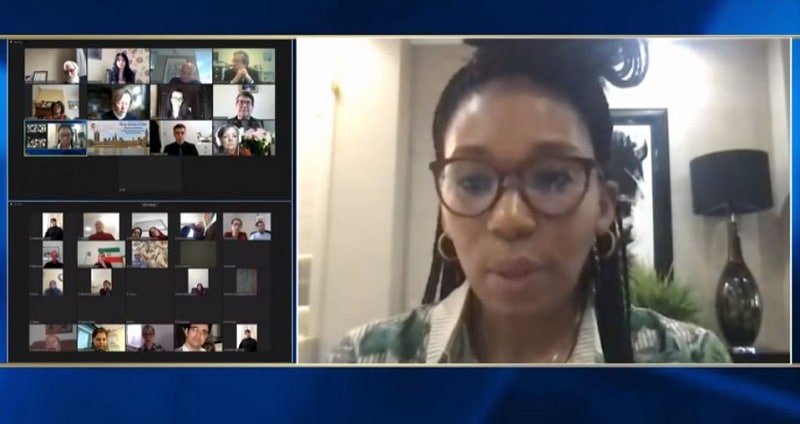 Program Director, Mrs. Rajavi, Members of Parliament, my lords, ladies and gentlemen, it is indeed a pleasure and honor to be invited to talk to you on International Women’s Day about the struggles that Iranian women are waging against the Islamic regime to secure justice, freedom, democracy, and gender equality. 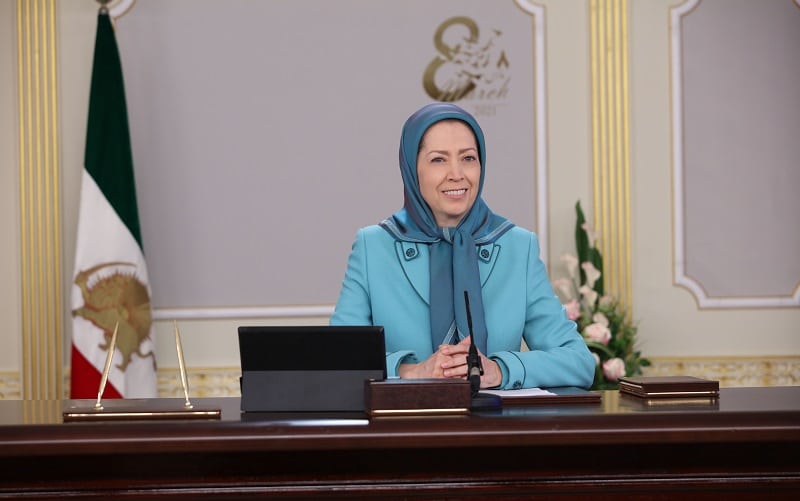 The women of Iran have over the past 40 have been subjected to extreme atrocities for taking a principled, brave, and legitimate stance against Islamic Sharia laws of the country.

It is indeed paradoxical to imagine that while the Iranian constitution, adopted following the Islamic Revolution in 1979, proclaims equality for men and women under Article 20.

The reality is since the revolution, Sharia laws have been used to oppress, subjugate, humiliate, abuse, undermine instruct the women of Iran their dignity, just like apartheid did to the black woman of South Africa.

In 1996, my grandfather, Nelson Mandela, established a gender equality task team, to look into why girls and women occupy a lower status in our society, and the negative effects it has on our development as a country. They produce a report entitled Issues on Gender in Schools and Introduction For Teachers.

The report argued that religions remain one of the most powerful belief systems that are resistant to change. All major religions believe that people are equal in the eyes of God. Although the form this takes differs from religion to religion. Yet women find that this equality does not apply to them in their own communities, it is in the way in which communities worship their interpretations of the religious documents– the Bible, the Koran, the Torah, and so on, and the authority of their leadership that creates this difference.

The religious practice does not live up to their religious theories. Why should this be so?

A critical point the report highlights with regard to religion is most societies are controlled by men whose practices reflect their power over women. These power relations become reflected in religious practices. Also, the religious writings have been compiled and interpreted by men reflecting their ideas and their experience. 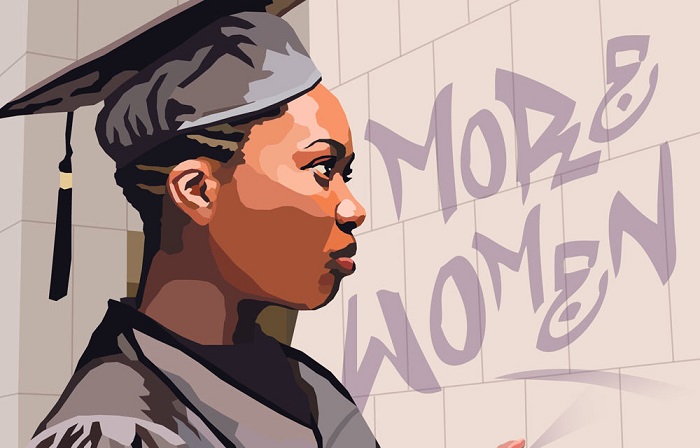 The Islamic regime finds its toughest enemies among women

Just like in the fight against apartheid, the Islamic regime finds its toughest enemies among women. Currently, more than 150 notable women feminists are languishing in prison simply because they are demanding equal rights.

The woman in the struggle against apartheid sacrifice contributed to ideas and will often subject to the same brutal treatment as the men received at the hands of the apartheid government– such as 90-day detention, house arrest and exposure to emotional trauma, and being banished from all that was family and their familiars. However, while the state was in the oppression of the women, the South African woman refused to capitulate to the onslaught of the apartheid state’s systematic brutality.

On the 9th of August 1956, the Women’s March took place in Pretoria, South Africa. The march’s aims were to protest the introduction of the apartheid pass laws for black women in 1952. The pass laws were amongst the most draconian laws passed by the Nationalist government. The pass laws were a form of internal passport system designed to segregate the population, manage urbanization, and allocate migrant labor. As my grandmother remarked in 1987. There is no longer anything I can fear.

There is nothing the government has done to me. There isn’t any pain I haven’t known.” During this struggle against the apartheid state. The rallying cry for the women became, “Wathint’ abafazi, within imbokodo.” You strike the women, you strike the rocks. The banishment of my grandmother, Winnie Madikizela-Mandela, to a house in the dusty Afrikaans town of Brantford in the free state, which had no running water, no electricity, no floors, no ceilings, couples were being subjugated to isolation, loneliness, and above all, dehumanizing brutalization was in itself soul-destroying torture to my grandmother. I know that thousands of women have been imprisoned and many lost their lives. My heart weeps for those who have lost their lives fighting for what they have believed in. 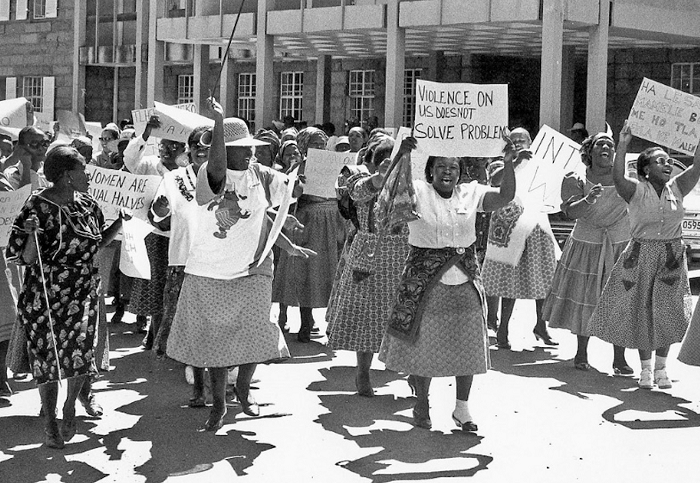 Based on a submission by Justice for Iran on sexual violence in the Islamic republic, the October 2013 report by the UN Special Rapporteur on Violence Against Women, Professor Rashida Manjoo of the UN General Assembly, ended the cycle of silence on one of the most traumatic forms of state-sponsored human rights abuses aimed at women in custody in Iran, the raping of virgins prior to execution.

As the granddaughter of struggle icon Winnie Mandela, the struggle of the Iranian woman is close to my heart. I witnessed my grandmother, the late Winnie Mandela, stand up to fight against the oppressive apartheid government, tirelessly, relentlessly with the dedication to the black people of South Africa.

She was courageous, she was determined, fearless, and managed to be the mouthpiece for the movement she was committed to. She did it despite constant threats, imprisonment, and banishment for 10 years to a foreign town, where even there she was able to bring change and reform that surprised the very system that thought banishment was silencer, but it incites her, even more, to stand up for what she believed in. She was also a mother, a wife and managed to rise against the odds. Many women were killed and risked their lives, but despite this, they continue to stand up against the injustice they continuously suffered.

I am because we are

Winnie was the personification of the steely determination commitment of the woman who stood up to the apartheid state at whatever cost and suffering it brought upon them. My grandfather said, “Since my release, I have become more convinced than ever that the real makers of history are the ordinary men and women of our country in the world.” This is our time to demonstrate and spread the African philosophy of Ubuntu, which means, “I am because we are.” As a Global Village, we are each responsible to stand up and stand together with the women of Iran in their fight against oppression, justice, and inequalities.

Lastly, now I speak on behalf of all the women who fought, struggled, and suffered from South Africa apartheid.

I salute the women of Iran in their fight for freedom, justice, and gender equality. Thank you.