Written by Jennifer Jones-Kelley on February 3, 2021. Posted in NEWS

The long-awaited Protection of Dignity and Support for Women Against Violence bill was adopted by the Iranian government on January 3, 2021. On January 14, the government presented the bill to the Majlis (parliament) for final inspection, but the Majlis has yet to acknowledge receipt of the bill, according to reports from state media.

The delay is the latest development in a nine-year struggle in the regime’s Majlis to pass a bill to protect women from violence. The People’s Mojahedin Organization of Iran (PMOI / MEK Iran)previously reported on obstructions to previous versions of the bill.

A Bill and a Plan

According to the official IRNA, on December 16, 2020, Mohsen Dehnavi, a member of the board of directors of the Majlis, acknowledged receipt of a plan entitled “Protection, Dignity, and Provision of Security for Ladies against Violence” during an open session of Parliament. The slim 39-page plan was registered by members of Majlis and is currently being reviewed by 51 members of parliament, only four of whom are women.

Nasrollah Pejmanfar, head of the Majlis Principle 90 Committee explained the delay in comments carried by the rye state-run Fararu news agency. “The government had announced several times that it would present the bill on the provision of security for women to the parliament, but it did not. So, we tabled it in the form of a plan, he said on December 20.

The addition of the January bill has left both a bill and a plan meant to address violence against women languishing in Majlis.

A Failure to Acknowledge Violence against Women

Iranian women’s rights activists fear that even if the bill passes, it will do little to protect women from violence and exploitation. A former member of Majlis Parvaneh Salahshouri expressed her frustration at an earlier version of the bill in a December 16, 2019 interview with the state-run Khabar Online.

“Even if the bill is adopted, the conditions would only get worse for women. The present bill has removed the phrase ‘violence against women’, factoring out or somehow changing the parts on the security of women. As a result, the bill has lost its goal… The bill has only played with words.”

That version of the bill was not adopted, and Iranian women have waited until now for watered-down legislation that passes muster in a regime that is unwilling to use the words “violence against women” in a bill meant to protect women from violence. 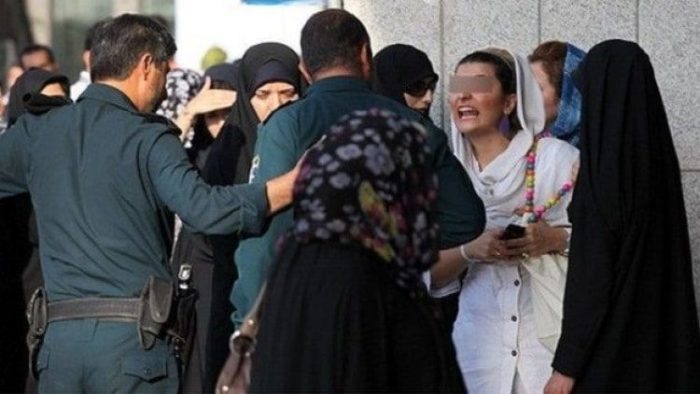 (NCRI) and (PMOI / MEK Iran): The Women’s Committee of the National Council of Resistance of Iran issues a statement on the increasing repression of women in Iran.

Among the other deficiencies in the bill, it:

The bill what it excludes than for what it contains

The bill before Majlis is remarkable more for what it excludes than for what it contains, and yet it is still in danger of failing to become law almost a decade after it was first introduced.

On January 18, 2021, Shahindokht Molaverdi, Rouhani’s former deputy for Women and Family Affairs, told the state-run Sharq daily that the bill would have not likely been ratified by Rouhani and sent to Majlis if it weren’t for the public outcry over the honor killing of Romina Ashrafi last May. 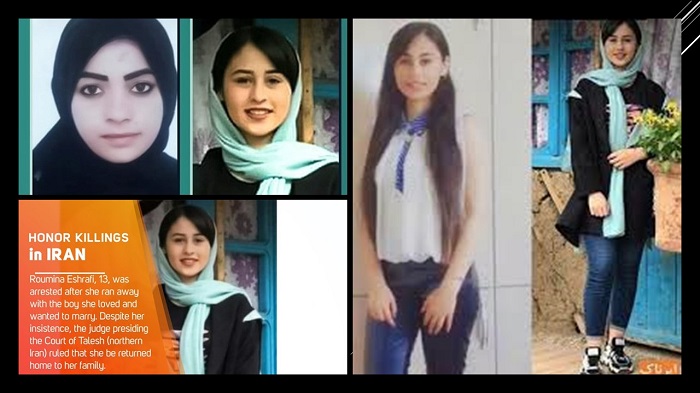 (NCRI) and (PMOI / MEK Iran): The Bill to Protect Children and Adolescents was hurriedly passed by the regime Judiciary on 7 June 2020, following public outcry in Iran and internationally over the honor killing of Romina Ashrafi.

It seems that in the absence of such an incident victimizing a young girl, the government would not have worried about ratifying the bill in the final months of its administration,” she said.

However, Molavardi stressed that it is highly unlikely that the parliament would review the bill, send it to the Guardians’ Council, and return it to the government by the end of Rouhani’s term.

Public outrage over a 14-year-old girl’s brutal murder is not sufficient to pass a bill to protect women in Iran, it would seem. After all, such events are commonplace. They are codified by the law. Ashrafi’s father was not punished for killing his child because under Iranian regime law, he “owns her blood.”

No Reform for Misogyny

Unsurprisingly, Iran holds the record for domestic violence against women, according to the state-run Jahan-e San’at daily. According to the semi-official ISNA, at least 66 percent of women in Iran will experience domestic violence in their lifetimes. It is no wonder that lawmakers cannot use the phrase “violence against women” in a bill that has remained unpassed for almost a decade. How can you legislate against something that is so deeply ingrained in society?

There is no legislation that will end domestic violence in Iran. Violence against women ends with the misogynistic rule, and that ends when the mullahs are overthrown. Mrs. Maryam Rajavi’s Ten-Point Plan for Iran’s Democratic Future lays out a vision for a country where women and men live and work as equal partners. The MEK’s political platform vows to end the laws that deprive women of their power and force people into assigned roles. The future of Iran is free and democratic with no half-measures.

(NCRI) and (PMOI / MEK Iran): Violence against Women in Prisons