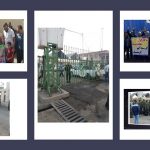 Written by Mohsen Aboutalebi on November 7, 2020. Posted in NEWS 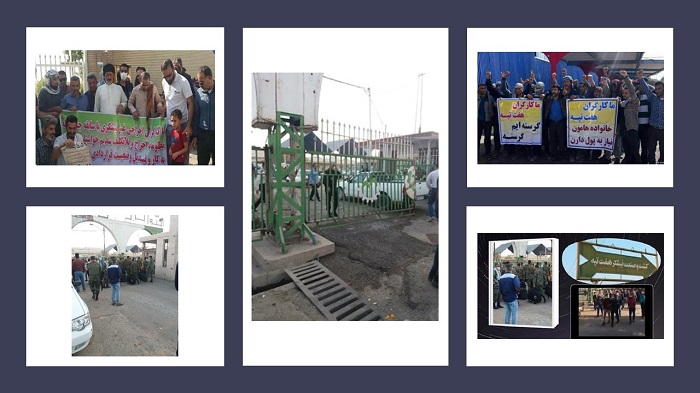 (PMOI / MEK Iran), the regime is extremely concerned about the protests that are breaking out across the country and is worried that they could turn into another nationwide uprising.

People from all sectors of society have been protesting across Iran over the past few days. According to The National Council of Resistance of Iran’s (NCRI), and the People’s Mojahedin Organization of Iran (PMOI / MEK Iran), levels of discontent are high and the people are making it very clear that they will not suffer in silence with regards to the Iranian regime’s corruption and mismanagement.

The current Coronavirus health crisis has exacerbated all existing problems, over 145,400 people have died of the coronavirus in Iran, according to reports by the Iranian opposition People’s Mojahedin Organization of Iran (PMOI / MEK Iran), notably with regards to work with many people across the country still waiting for the payment of wages that have been overdue for months.

(PMOI / MEK Iran), supporter from Shosh, reports that workers at Haft-Tappeh Sugar Cane Factory that became privatized have been the reason for numerous protests over the past few years. Workers from the factory gathered to call for the immediate release of their colleagues that were arrested. And just yesterday, security forces present at the factory prevented more than a dozen workers from entering their workplace.

#MEK #Iran from Shosh, reports that workers at Haft-Tappeh Sugar Cane Factory that became privatized have been the reason for numerous protests over the past few years. Workers from the factory gathered to call for the immediate release of their colleagues that were arrested. pic.twitter.com/BnySENkBWw

Nurses across the country have also been particularly affected by recent events. As front-line workers, they are some of the most valuable workers at present. They have shown their dedication to their jobs and to their fellow compatriots and have put themselves and their families at risk to save lives.

However, many have months of salaries that have not been paid. (PMOI / MEK Iran), supporter from Bushehr, reports that a group of nurses from the province of Bushehr gathered on Tuesday to draw attention to the economic difficulties they have been left with.

There were many protests held on Monday 1st November. Kindergarten teachers gathered to protest against their lack of job stability and the poor wages that they endure. Workers also gathered in front of the Moghan Agro-industrial Complex to protest against their lack of job security. Workers at the Fanavaran Petrochemical company held a strike for the second consecutive day to draw attention to their low rates of pay and the inequality in their job benefits scheme.

On the same day, (PMOI / MEK Iran) supporter, from Vanak reports that locals in Vanak village on the outskirts of Tehran protested in front of the judiciary building because of their grievances with the state-controlled Al-Zahra University. Back in 2002, the regime gave large parts of the land to the university even though it is owned by the locals who not only have the deeds to the land but have built houses on it. Dreadfully, many of the houses were destroyed by court order.

On Saturday, (PMOI / MEK Iran) supporter from Ahvaz, reports that contractors for water and sewage companies in Ahvaz gathered to protests against job insecurity. University workers in the city also gathered in front of Chamran University to protest against the increase in working hours and the elimination of job benefits.

Workers across the country really are suffering in unimaginable ways and it is all because of the regime’s mismanagement and destructive policies that are ruining the country’s economy. More and more people are falling into the absolute poverty category and there is no end in sight to the economic difficulties that the country faces.

The regime is extremely concerned about the protests that are breaking out across the country and is worried that they could turn into another nationwide uprising. And it should be concerned because people are showing their strength and determination.

Workers keep their protests going #WeStand4FreeIran
Has anything changed for these sugarcane workers?
It took a gas price rise to trigger November 2019, people say #coronavirus is enough to wipe the regime out! https://t.co/LzVTLXR93e