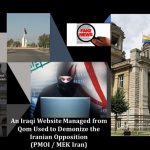 Written by Yoosef Lesani on September 24, 2020. Posted in MEK (PMOI) IN MEDIA 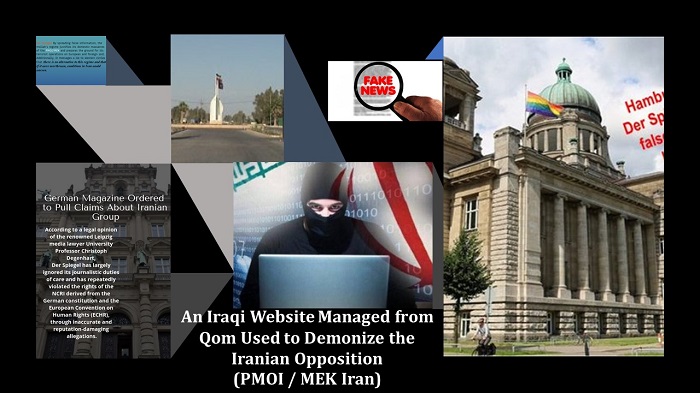 Khomeini’s said he never feared the threat from other countries like the USA, the Soviet Union, or Kurdistan, but he saw his greatest threat as that of the (PMOI / MEK Iran).

The Iranian regime, instead of confronting its own deficiencies decided to try to crawl out of the crises that it has created by defaming the People’s Mojahedin Organization of Iran (PMOI / MEK Iran), and the National Council of Resistance of Iran (NCRI), which is its main opposition. It has told lies and misled the public and the international community on the (PMOI / MEK Iran). Way back in Khomeini’s era he said he never feared the threat from other countries like the USA, the Soviet Union, or Kurdistan, but he saw his greatest threat as that of the (PMOI / MEK Iran).

Today, the same concerns are being repeated by Ali Khamenei, who has blamed recent popular uprisings against his regime on the MEK and has issued warnings to his regime of the youth’s interest in supporting the MEK.

The demonization campaign of the MEK began after the 1979 revolution

Khomeini was quick to see that there was a viable opposition to his fundamentalist Islamic regime and he alleged that the (PMOI / MEK Iran) would destroy the farmers’ wheat crops, inflict torture on themselves and then “blame the regime.” This was just the start of the demonization campaign against the MEK and it has continued up to this day by using fabricated media sources that condemned the MEK.

The outrage is that even after the court had ordered them 2take down the unfounded allegations,they have hesitated to take down the full of lies article.This is stunning. It shows a lack of integrity &humane values. @mathieuvonrohr @hommer_ich #Spiegel_FakeNews #Spiegel #FakeNews pic.twitter.com/f32UVNsGam

The website called Ashraf News was created by the regime’s Ministry of Intelligence in Arabic to defame the MEK and influence Arab public opinion when the MEK was based in Iraq. This website was discontinued when (PMOI / MEK Iran) members decided to abandon Iraq.

However, following the success of the Iranian resistance’s annual virtual conference in mid-July, the Ministry of Intelligence re-established the same website and began publishing more articles against the (PMOI / MEK Iran) under a made-up name “Ahmed Jafar Al-Saadi”, which were also published on other Iraqi websites.

As soon as the managers of these websites realized what was happening, they stopped publishing the articles uploaded by the Ministry of Intelligence and then discovered that the writers were fictitious. Many websites have rejected material from the regime as they do not want to be a part of their propaganda machine. This has started to worry about the regime and now it has to deal with the likelihood of more popular discontent and a likely uprising.

The real truth about the “Ashraf News” website, which the Ministry of Intelligence pretends is an Iraqi website, is that it was actually managed from the city of Qom in Iran. Its domain was registered by a company called CSL Computer Service Langenbach GmbH in Germany.

It was first registered in late 2012 when the Quds Force attacks led by Qassem Soleimani were taking place and at the time when Danaifar was the regime’s ambassador to Baghdad. With the cooperation of Nuri al-Maliki, the Iraqi Prime Minister, they initiated psychological warfare against the (PMOI / MEK Iran). When the (PMOI / MEK Iran) left Iraq, this website ceased operation.

This is an abridged version of a report in the Riyadh Daily.