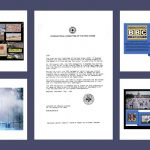 MEK: Former prisoners of war call on UN High Commissioner for Human Rights to Immediately Look at Situation in Iran 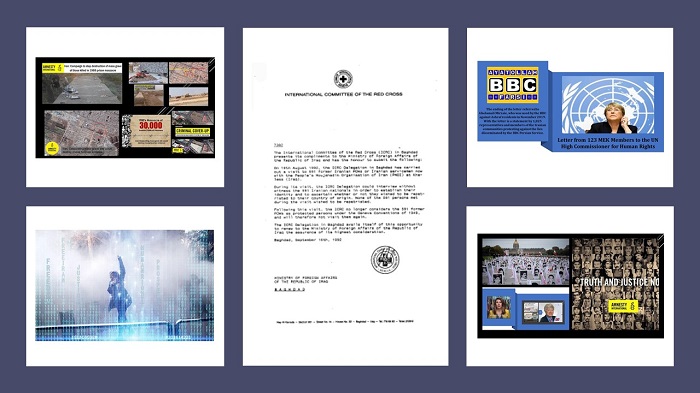 In their letter, the (PMOI / MEK Iran) members informed the High Commissioner that the Iranian regime uses the BBC Persian Service to put pressure on the opposition and their families.

In a letter to the UN High Commissioner for Human Rights, 123 members of the People’s Mojahedin Organization of Iran (PMOI / MEK Iran), also former prisoners of war, drew attention to their situation.

The aim of the letter was to highlight the continued mistreatment, including psychological torture and harassment, that the MEK is subjected to by the Iranian regime.

This is an abridged version of the letter written by 123 The #MEK #Iran, members (former POWs) to the UN HC for HR in relation to the ongoing defaming by the #BBC Persian Service quoting MOIS agents, and inviting the UN Special Rapporteur to visit Ashraf3 https://t.co/MtQK0uD2c3

They called on the High Commissioner to assign a representative to visit them at Ashraf 3 in Albania – the residence of the MEK in the country. They explained that they were POWs during the Iran-Iraq war in the eighties, after which they joined the (PMOI / MEK Iran). They were eventually classed as protected persons (under the 4th Geneva Convention).

The members of the MEK detailed the incidences that happened in the years following this. During their time in Camp Ashraf and Camp Liberty in Iraq, the members endured so much harassment and meddling by the Iranian regime and the mercenaries it has in Iraq. They often endured psychological torture such as 22 months of continuous loudspeakers being blasted into the camp, with threats to burn them alive or to kill them.

Even after being relocated to Albania, the former POWs were not left alone. They gave the example of the regime’s plot to bomb their Persian New Year gathering in 2018, which was luckily unable to go ahead because authorities foiled it just in time.

Last year, Albanian authorities also revealed more details about the Iranian regime’s plots against the (PMOI / MEK Iran) residing in Albania, where regime officials or representatives hired by the Ministry of Intelligence and Security (MOIS) made up identities in attempts to infiltrate the organization.

One thing is clear about #IranTerror surge: NO ROGUE TERRORIST OPERATIONS. Evidence show that Supreme Leader @khamenei_ir & @HassanRouhani were involved. 4 diplomats were implicated; 4 major terror plots in 6 months in 2018; that is one plot every 6 weeks in Europe & U.S.! pic.twitter.com/MNgc3LwCG3

The authorities in Albania were so concerned about the actions of the Iranian regime that they expelled the regime’s ambassador and its terrorist diplomats.

The Iranian regime has also been working on a huge disinformation campaign with regards to the (PMOI / MEK Iran) and it is becoming very harmful because respectable Western publications are falling for the regime’s lies – printing untruths about the opposition. Although there have been several court cases, namely with German publications in which the judges have ruled in favor of the (PMOI / MEK Iran), the damage is done.

In their letter, the (PMOI / MEK Iran) members informed the High Commissioner that the Iranian regime uses the BBC Persian Service to put pressure on the opposition and their families. Despite 1,825 members and representatives of the Iranian communities issuing statements about the lies disseminated by the BBC Persian Service, the broadcaster has failed to report on any of them.

They ended their letter: “This demonization campaign targeting our honor and dignity is not only a vivid case of psychological torture and violation of our most rudimentary rights but also sets the stage for terrorist operations against the (PMOI / MEK Iran) and Ashraf3. We call upon you to condemn the Iranian regime for trampling our human rights and also ask Mr. Javaid Rehman to come and visit us. It goes without saying that we will observe all the protocols regarding Covid-19 very carefully and diligently.”

The regime's MOIS set in motion a sophisticated terrorist plot aimed to detonate a bomb at the huge annual rally in Paris, which included NCRI officials and high profile American and European figures. Belgian, German and French police arrested those involved on the day of event. pic.twitter.com/3TBhrTTFhC