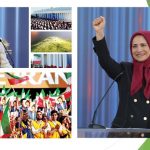 MEK Iran: Regime Fears the Power of the Resistance

Written by Mohsen Aboutalebi on September 15, 2020. Posted in MEK (PMOI) IN MEDIA 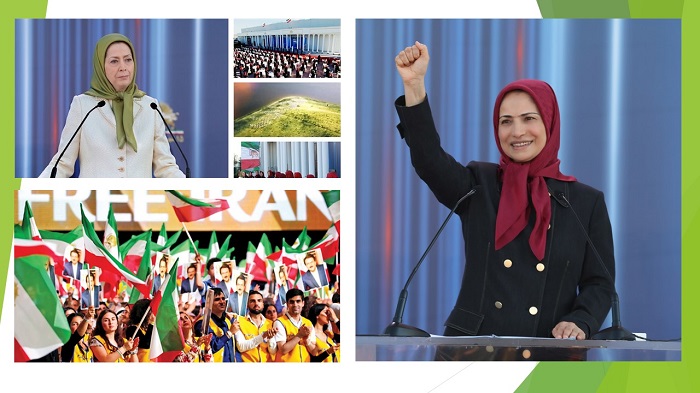 The latest (PMOI / MEK Iran) event was staged from Albania. It involved not just Iranian expatriates abroad but also 300 Iranian organizations who contributed their views and aspirations in online speeches.

Iran is in for a change as the economic situation worsens, Covid-19 enters a new wave and the regime is demonizing any opposition such as The People’s Mojahedin Organization of Iran (PMOI / MEK Iran) and holding them responsible for civil unrest that is becoming more commonplace. Unfortunately, the US media has been sitting on the fence and has supported whatever the regime chooses to do. So because the international media has failed to accurately report on what is happening in Iran there is no telling how countries like the US would act if there was a regime change. Up to now, the regime has pretended publicly that the National Council of Resistance of Iran (NCRI) and the MEK unable to raise any “popular support,” so no other country should take this opposition group seriously.

Inaction vis-à-vis the crimes of the clerical regime undermines human values; message to conference entitled, “Seeking Justice for Victims of the #1988Massacre of the political prisoners in #Iran”https://t.co/1oxeeQktkL pic.twitter.com/7udpBW82jC

It seems the truth is not being told and many important virtual events held recently by the NCRI and the MEK have attracted thousands of supporters globally. For no real reason, the international media seems to want to avoid the truth as it seems too awkward. The latest (PMOI / MEK Iran) event was staged from Albania. It involved not just Iranian expatriates abroad but also 300 Iranian organizations who contributed their views and aspirations in online speeches. This included engineers, professors, doctors, athletes, and key participants of the Iranian community. They spoke highly of the opposition movement. It has been in existence for at least 56 years and it has never been defeated.

The youth of Iran are ready for change and are increasingly gravitating toward the one movement that has consistently remained true to the goal of freedom and democracy in #Iran. #MEK #IranProtests https://t.co/raVCJMRKdz

Ignoring the opposition movement in a country such as Iran is irresponsible. It has shown it has supporters in the US, Australia, Canada, and Europe as well as Iran. It has throughout history endured executions such as those that took place under the watchful eye of “death commissions.” If it wasn’t popular it would not have endured itself for so long and certainly would have fallen apart after the attempted bombing of the 2018 Free Iran rally in Paris.

What the NCRI has to offer is its rejection of historical dictatorships that have persevered in Iran and it supports a more liberal order which does not put religious fundamentalism first. As the NCRI President-elect, Maryam Rajavi, emphasized last week was that Iranians “are not looking to the past, they have set their sights to the future.”

In May, Supreme Leader Ali Khamenei started to show anxiety regarding the NCRI’s popularity and he even went so far as saying that “Everyone should pay attention that they (the opposition abroad) to are working on our youth. They are trying to take advantage of our youth.”

These sorts of words show that the NCRI and the MEK have now become serious contenders for political leadership and their political aspirations are realizable. Based on proof that is available publicly and what the NCRI Secretary-General Zahra Merrikhi said that unrest will grow.

"The mullahs know better than anyone that they have been defeated in every aspect of the face-off against the #MEK & that the day is not far until the Iranian people will rise up & topple them."#Iranhttps://t.co/zP7Ps7FQuj

The reality of Iranian politics is complicated but what information is available should be assessed and debated. If it isn’t then the U.S. may just be taken by surprise when they are no longer instrumental in mapping out a new but different future for Iran. The NCRI is not a fake it is part of a genuine and growing opposition to religious fundamentalism that has governed the country for a very long time and has now taken a path that is not popular with all Iranians.

The abridged article was written by Dr. Majid Rafizadeh writing in the Arab News.

When a qualified organization and a leadership structure does not exist, there can be no fundamental change or transformation- Speech marking the anniversary of the foundation of the People’s Mojahedin Organization of #Iran (PMOI/MEK) #FreeIran2020https://t.co/vIAXcF9Qc7 pic.twitter.com/z8u9UUWsLC