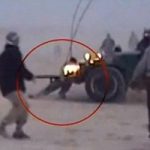 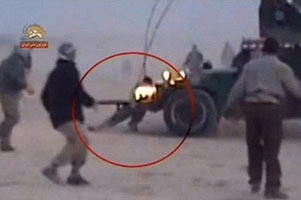 MEK Iran: Iranian regime out to suppress the resistance movement.

This all happened eleven years ago under the command of the Iranian-backed Prime Minister, Nouri. Eventually, the Iraqi government released its hostages following an international campaign and after the hostages had been on a 72-day hunger strike and hundreds of (PMOI / MEK Iran) members in Ashraf, and Iranians throughout the world.

Amnesty International has published a report on this atrocity and showed videos of the Iraqi security forces recklessly driving their military vehicles at the protesting camp residents who were huddled together in groups. The killings occurred when the security forces used live ammunition which ended up in the deaths of no less than nine camp residents.

Iranian regime out to suppress the resistance movement

This act of criminality against Ashraf residents was a reaction to the growing unrest unfolding in Iran particularly after the election result was announced which was never truly democratic so what better thing to dream up than trying to silence any opposition for good.

The problem for the regime is that the opposition movement which occupies Camp Ashraf was the light in the tunnel for thousands of Iranian youth who are looking for an alternative that is not entirely based on Islamic fundamentalism.

The MEK resistance has never forgotten what happened back in 2009 and the day is commemorated to those who lost their lives to the cruelty of the regime that unfortunately remain in power today.

in commemoration to the martyrs of the July 28, 2009 attack on Camp Ashraf #Iran #iraq #HumanRights pic.twitter.com/NntcM3B2L7

This anniversary they held up posters remembering the martyrs who lost their lives because they supported the MEK who promote a free democratic Iran.

The commemoration events took place in the following cities:

The MEK resistance units use several slogans which are: