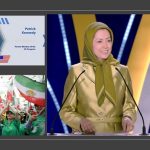 Remarks by Patrick Kennedy, former Member of the US House of Representatives at Free Iran Rally 2020 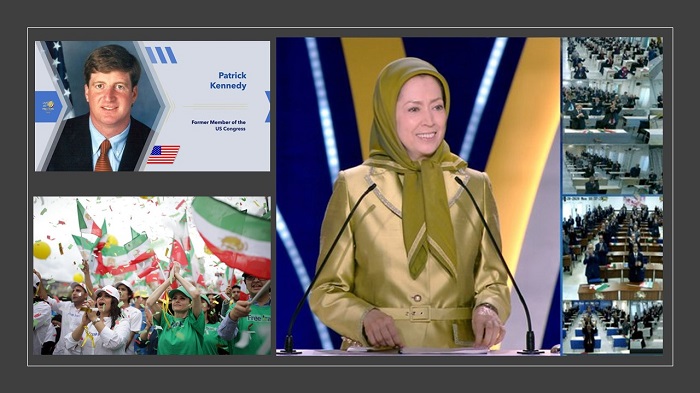 Patrick Kennedy: how great it is that we have an organization like NCRI and (PMOI / MEK Iran)

Transcript of remarks by Patrick Kennedy, former Member of the US House of Representatives, a long-time supporter of the Iranian Resistance on July 17, 2020, addressing the Free Iran Rally Global Summit.

Hello, all my friends in Tirana in the new Ashraf. It’s so good to be with you virtually. I can recall being there with you in person not too long ago. And what a great inspiration you have all been in carrying on this message of freedom and hope because you have literally had to rebuild your culture and your home many times over in Iraq after the bombings in Iraq by the Iranian puppets.

Watch the great speech by former Congressman Patrick Kennedy @PJK4brainhealth The biggest test of Iran's young generation is to push the mullahs into the dustbin of history and bring the great people of Iran back to the world stage. #FreeIran2020 https://t.co/NpmkbyfZ2L

Because it is that ten-point plan, it is that inspired leadership of Madame Rajavi, that is really going to bring democracy, freedom, human rights, all of the things that are going to extinguish this awful, insidious virus of religious fascism and help replace it with the kind of society that will allow the great people of a historic civilization of Persia to thrive and to once again lead the world in literature, in art, in thought and democracy.

And how great it is that we have an organization like NCRI and MEK that is helping to bring that day about.

But unfortunately, as has been said by my colleagues before me, history demands a very big price be paid for freedom. My uncle was killed flying over Europe in World War II, trying to go after Nazism and Hitler. And it was really right there in the celebration at Brandenburg Gate that my uncle President Kennedy made the very famous comments, ich bin ein Berliner.

When he really said the message for that generation, which is that freedom now is going to be tested whether we can stand up to communism. And as my colleagues have said, we managed to stand that test but many people died.

I think it can be said for my generation, for the young people in Iran particularly, that their generation is the generation that is going to turn the page of this generation’s biggest test for freedom and that is whether we can push the mullahs into the dustbin of history and we can bring the great people of Iran back to the world stage and to bring not only their human rights back but in the process bring a great economy and a great power that will allow all of our world to flourish.

And that is why it is so incumbent upon all of us who are gathered around the world in over 100 countries and 30,000 locations, that we join together. And it’s really the NCRI, MEK, that’s going to permit that day to come about where we can transition from this terrible period in history, which has been dominated by the Shah and been dominated by the mullahs who really extorted the people of Iran for their own personal gain, for us to go back to a time of a great civilization where people who are the most educated in the world came from Iran.

EU Must Cut off Diplomatic Relations With #Iran Regime
Patrick Kennedy: The Albanian government ought to kick out every single Iranian diplomat in this country for what they were part of bringing terrorism to this countryhttps://t.co/Pyiyi6vSu8 #ExpelIranDiplomatTerrorists pic.twitter.com/Byd1dyTUTh

And so, I am so honored to be with all of you again as I have been so many times before. But let’s make sure next time we get a vaccination. And when we get that vaccination and have NCRI and MEK and all of those who are fighting for freedom in Iran help to deliver it for the people of Iran for a free Iran, we will be able to meet in person in a new and free Iran.

And we will go from Tirana to Tehran. And when we do, and over the course of the next period of time that that takes, I join with all of my friends in saying that we’re all ready.

[Farsi] God bless, and best to all of you, and look forward to freedom in the future at our next gathering in Tehran.