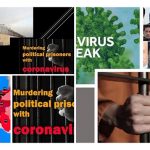 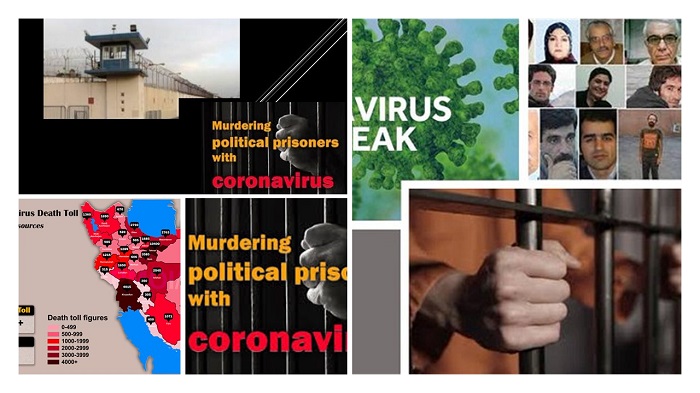 MEK Iran: International organizations have drawn attention to the political prisoners that have been massively impacted by the Coronavirus outbreak.

More than 50,000 people throughout 325 cities have lost their lives to COVID-19, many of which were preventable.  These figures have been compiled by the People’s Mojahedin Organization of Iran (PMOI / MEK Iran) on June 7th. They contradict the regime’s official tally, which is only 8,291.

The figures for different areas are:

On June 6th, Iraj Harirchi, the regime’s Deputy Health Minister, commented on air on state TV saying that going on the current death toll in the end the total could reach an astounding 300,000. So far, more lives have been lost to COVID-19 than the Iran-Iraq war, but no fuss has been made.

More than 50,000 people have died of the novel #coronavirus in 325 cities checkered across all of #Iran's 31 provinces, according to the Iranian opposition PMOI/MEK. pic.twitter.com/BrZXPQemQ9

The Asr-e Iran website on June 6th stated that Iran is entering the 2nd wave of COVID-19, which will result in more deaths. It said the final toll is likely to be higher than any military activity. Sadly many innocent victims in Iran can do little to protect themselves such as those held in prisons as political prisoners.

Since the beginning of the Coronavirus outbreak in Iran, the Iranian regime has failed to take the necessary measures to attempt to contain the virus. More than 50,000 people have died across the country and the people have been left extremely vulnerable in more ways than one. Not only are they suffering from the health aspect, including seeing loved ones die, but they are also feeling the economic impact. Many are unable to work, yet they cannot afford to live without an income. As one official said recently, the hunger that has become so prevalent for many families is deadlier than the virus.

Hundreds of thousands of prisoners, especially political prisoners, at risk of coronavirus in Iran.
There is serious shortage of disinfectants, and Coronavirus test kits are non-existent.#Iran#coronavirus pic.twitter.com/iim5v74EA4

Reports from the provinces

According to the main opposition leader, President-elect, Maryam Rajavi, head of the National Council of Resistance of Iran (NCRI), she said these lives have been lost needlessly. She stated clearly that Iran had the resources to deal with the COVID-19 pandemic but the fatality rate was far worse than other Middle East countries. She said that the majority of these countries didn’t have the infrastructure in place to handle such a severe pandemic.

More than 49,500 people in 325 cities in all 31 provinces in #Iran have died from #COVIDー19 the disease caused by the novel coronavirus, according to the most recent report from the #MEKhttps://t.co/VkE2zOogUr #IRGCTerrorWithoutBorders #Iranian #coronavirus @USAdarFarsi pic.twitter.com/8YswpnrMiz

Maryam Rajavi: Coronavirus fatalities in Iran exceeded 50,000 – This catastrophe and such great loss of lives could have been avoided. The death toll in Iran and even the official figures could not be compared to the death toll in other countries in the Middle East.