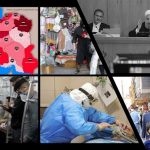 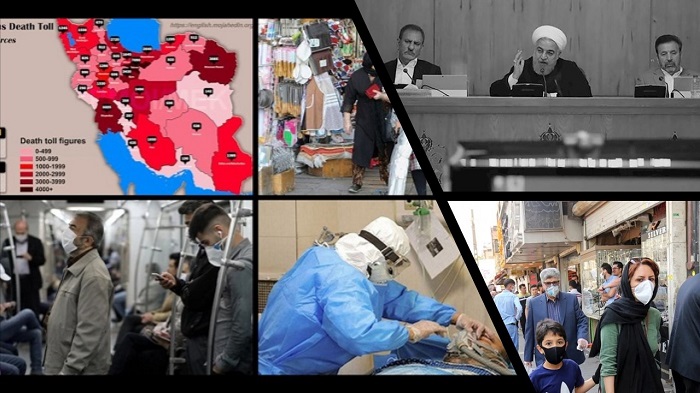 MEK Iran: Hassan Rouhani has been lying about the coronavirus crisis in Iran day in and day out.

The death toll from Covid-19 has risen above 44,000 in 320 cities in Iran, according to figures reported from the People’s Mojahedin Organization of Iran (PMOI / MEK Iran).

The figures include the grim fatality statistics below:

More than 44,000 people have died of the novel #coronavirus in 320 cities checkered across all of #Iran's 31 provinces, according to the Iranian opposition PMOI/MEK. pic.twitter.com/IoOjcqW9DD

Reports from hospital staff and the National Coronavirus Combat Taskforce (NCCT) reveal that after a dip in infections last month the numbers of those infected as well as fatalities have risen again by around 30 to 65%. Patents with Covid-19 have been admitted to 138 private and public hospitals across Tehran, according to Ali Maher of the NCCT.

Isfahan is still a red zone, according to Tahereh Changiz, the President of the University of Medical Sciences. In a comment to Tasnim, the Quds force news agency, he said that “112 patients with acute conditions are being treated in ICU sections at centers controlled by the university. The number of people who have tested positive is increasing, which is a warning to us.”

The Governor of Borujerd, Moslem Pour-Ghasemian, reported that 135 new patients had been admitted to treatment centers with suspected Covid-19 symptoms, 1 of whom subsequently died.

A similar pattern of increasing infections after an April lull has been reported elsewhere in Iran. Akbar Behnamju, Governor of Ardabil, reported a recent increase in infections, as did the Governor of Chahbahar and the Sistan and Baluchistan Deputy Governor. According to the Mardom website, the Governors said that:

“The increasing trend of those infected has given the city the red status. This has become more acute in recent days. Positive cases of the virus have risen 15-fold compared to the first two months.”

Unfortunately, #Iran has 19 million “slum dwellers”. This affects the poor the most because if they don’t go back to work they face starvation, but they are also more likely to die from contracting #COVIDー19.https://t.co/EYTD6Ghme6#MEK #coronavirus @USAdarFarsi pic.twitter.com/uCnybw0HLU

Small increases in the rate of infection were also recorded by state television. The channel reported that in the 30 days of the Iranian month of Ordibehesht, the percentage increased from 1.32 at first, then by 1.4 and then by 1.48 for each successive 10 day period.

The second wave of Covid-19 infections has forced regime authorities in many cities and to reinstate quarantine measures.

To prevent the spread of the Covid-19  we urge bazaars and guilds to close their shops from Friday, to the end of the Eid al-Fitr holiday. The head of Bushehr Province’s University of Medical Sciences in an interview with the Fars news agency.

The spokesman for Jundishapur University of Medical Sciences, reiterated this point, asking people not to hold Eid al-Fitr rituals or visits and to stay in their homes unless absolutely necessary.