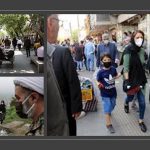 MEK Iran: Two Million Deaths Considered to be Business as Usual for the Iranian Regime 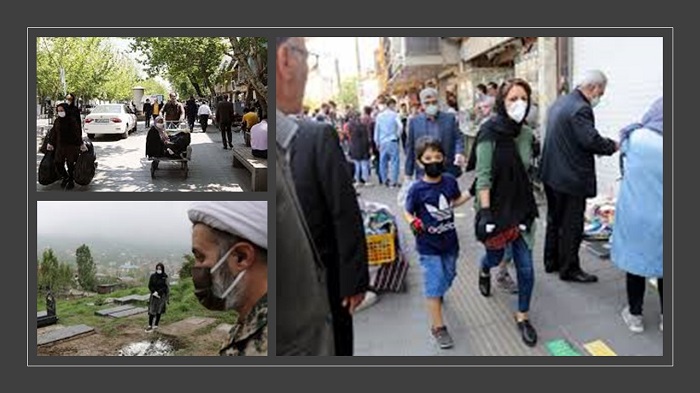 One is to total control the virus with strict quarantine.

Ali Khamenei, Iran’s supreme leader, is quick to back Hassan Rouhani, the president’s announcement that business is to resume. This decision is contrary to any advice given by health experts who are clear in their warning that returning to normal business activities could result in two million deaths. Even Rouhani’s health minister, Said Namaki, says the virus is not yet under control and any government decision to return to normal will seriously affect the health system as it is.

The regime has virtually decided that the poor response by the government to Covid-19 has been due to the sanctions placed on Iran by the U.S. sanctions. What is far more important is the concern by the regime that a popular uprising is going to take place, which is far more important than a virus spreading through the country, killing hundreds and thousands of people along the way.

In Khuzestan alone, the increase in cases is 200 percent more than in the previous month which means very soon quarantine measures will need to be applied, said Khuzestan Governor Gholamreza Shariati on Monday.https://t.co/PAGJYXyFBQ#Iran #MEK #COVIDー19 #Covid_19 @USAdarFarsi pic.twitter.com/Zlg7Hvx8tc

Little done in Iran to combat the virus

In many countries throughout the world, there has been a certain amount of co-operation between the government and the people to help to slow the spread of the virus, so healthcare systems can manage those who are infected. Also, the governments of many western countries have released money to help those who are not permitted to work due to conditions set by their governments.

No such support has been offered by the government in Iran. The regime is not prepared to hand out cash taken from the Revolutionary Guards Quds Force (IRGC-QF) budgets, even though hundreds of billions of dollars are being hoarded. This means people are left empty-handed with no jobs to go to and no government. In many situations, this would be a recipe for a people’s uprising, but the regime’s response is to send everyone back to work despite the dangers of dying of Covid-19.

State-run dailies like Sharq have recognized that there is a poor relationship ongoing between the people and the regime and this started to become evident by the show of force in two protests held in November 2019 and January of this year. These two uprisings repeatedly called for “death to Khamenei and Rouhani.”

Poor affected the most by government decisions

The regime’s officials won’t notice the opening of businesses as their needs are taken care of. It will be the poorer sections of Iranian society who may be forced back into jobs with little or no health protection products made available to them.

The state-run Setarey-e Sobh reported that 70% of the population are likely to be infected by Covid-19 unless the government uses its billions of dollars to ensure quarantining takes place. Also, Dr. Hassan Innanloo, Alborz University of Medical Sciences Vice-Chancellor for Treatment, said when interviewed by the state-run Shafaqna website said once people go back to work the control of the virus will be lost.

He explained that “there are three scenarios for controlling the disease. “

One is to total control of the virus with strict quarantine.

The second is to vaccinate two-thirds of the population assuming they have already contracted Covid-19, But if two-thirds get Covid-19 around 10 to 20%  will end up in the hospital and 10% of those will die. The result will be at least 1 million dead.

Over 41,200 people have died of the novel coronavirus in 317 cities checkered across all of Iran’s 31 provinces, according to reports tallied by the Iranian opposition People’s Mojahedin Organization of Iran (PMOI/MEK) as of Wednesday afternoon local time, May 13. The official death count declared by the regime is 6,783, less than a seventh of the actual figure.

The regime cannot handle the crisis

The truth is that whatever the regime decides to do it has no idea how to handle this crisis.

In these circumstances, the international community should view the Iranian people as if they were not a part of the regime. Handing out aid to the Iranian government would mean it wouldn’t go to the people but would go the government so that it can use it to reinforce its oppressive regime.