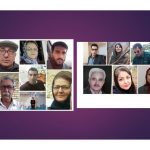 Written by Jennifer Jones-Kelley on May 6, 2020. Posted in NEWS

On Tuesday, May 5, the Iranian regime’s judiciary acknowledged the arrest of two elite students from Sharif University of Technology, 26 days after their initial disappearance. 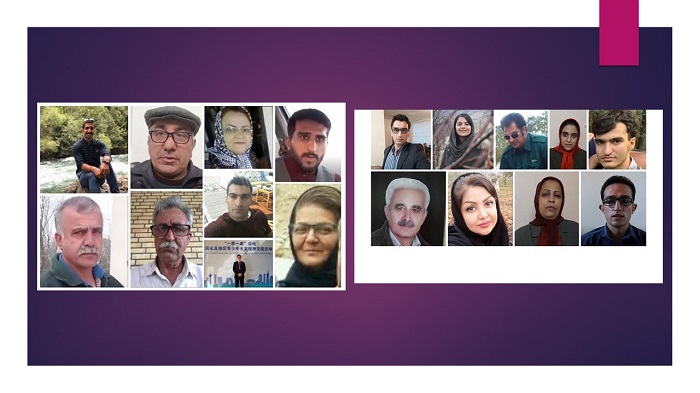 Judiciary Spokesman Gholam-Hossein Esmaili gave a statement regarding the arrests on Tuesday in which he said that the two young men, Amir Hossein Moradi and Ali Younasi, were associated with the MEK and listed a series of vague charges against the two-star students. He claimed that the students had engaged in “diversionary actions” and were “attempting to carry out sabotage operations,’ adding that “explosive devices used in sabotage operations were discovered when their homes were searched.”

Esmaili invoked the Coronavirus in his statement to make the charges sound more ominous, adding: “Amid the Coronavirus, this was essentially a conspiracy by the enemies; they wanted to wreak havoc in the country, which was fortunately thwarted by the vigilance and timely action of intelligence ministry agents.”

Arrest and Torture of Students

Amir Hossein Moradi and Ali Younesi disappeared on April 10, 2020. Younesi was able to return home that evening, but he was injured and bore marks suggesting that he had been tortured. After several hours, security forces arrested Younesi and his parents and interrogated them for hours.

The status of Moradi and Younesi has been unknown since April 10. Students from the Sharif University of Technology have protested the disappearance of their fellow students and demanded to know their fate, but no public statement was released until Tuesday.

Ali Younesi and Amir Hossein Moradi are among the best and brightest students at Sharif University and have distinguished themselves as promising young scientists. Younesi won the gold medal in Astronomy and Astrophysics at the 12th International Olympiads held in 2018 in China. He won gold and silver medals at the National Astronomy Olympiad in 2016 and 2017. Hossein brought home a silver medal from the Olympiad in 2017.

People of #Iran have been faced with crisis after crisis over the past few years. The latest crisis that it is dealing with is the #coronavirus outbreak that has already claimed lives of more than 39,300 across the countryhttps://t.co/Qh0mXz1IF9#HumanRights @USAdarFarsi #MEK pic.twitter.com/gOU0hRxWxa

The MEK released a list of 18 other MEK members and supporters who have recently been arrested by the Iranian regime. The names and locations are as follows:

Mrs. Maryam Rajavi, President-elect of the National Council of Resistance of Iran (NCRI), stressed that those who are detained in Iran’s prisons are in grave danger, due to the threat of torture and execution, as well as the risk of exposure to Coronavirus. She once again urged the Secretary-General of the United Nations, the High Commissioner for Human Rights, and the Human Rights Council, as well as international human rights organizations to take immediate action to seek the release of those detained in Iranian prisons and to send international delegations to visit the regime’s prisons and meet with those incarcerated there.

The regime has a responsibility to publish the names and whereabouts of every person it detains. No family should be left to question the fate of their loved one due to a secret arrest. There can be no faith in a justice system that operates without transparency and any rights for the accused. There can certainly be no faith in a system that routinely uses torture and suppression to keep its people in line. The regime’s justice system defies international law and moral decency.