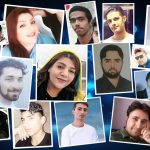 Written by Amineh Qaraee on December 26, 2019. Posted in NEWS 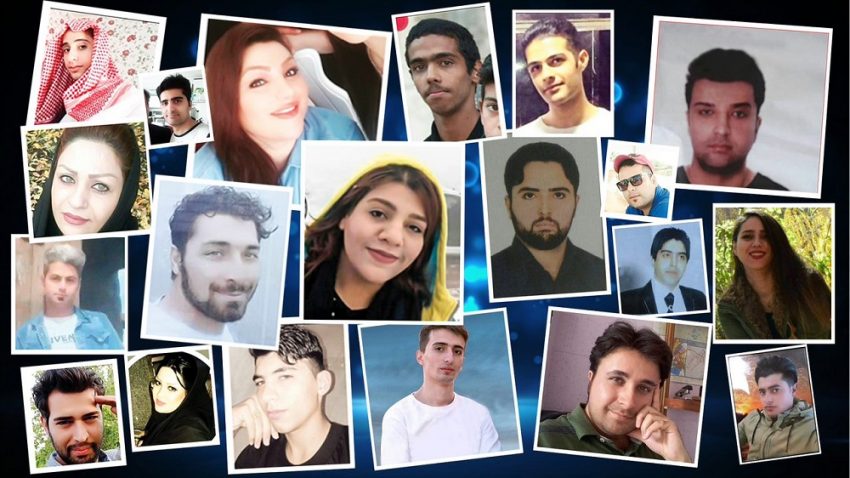 Photos of some of the Martyrs of the November 2019 Iran protests, which MEK’s network inside Iran has collected.

December 26, 2019, marks the 40th day of mass killings of the protesters in Iran. Following the shutdown of Internet access in some of the provinces, the clerical regime in fear of new protests has attempted to arrest the families and young relatives of martyrs. Some of the freed political prisoners have been arrested again. The regime has also put its suppressive forces on high alert.

December 25 – Najafabad, central #Iran
Locals parading on motorcycles with images of civilians killed by the regime's security forces during the November uprising.#IranProtestspic.twitter.com/gb20wX1EmJ

On December 25, 2019, the Secretariat of the National Council of Resistance of Iran issued a statement in this regard.

“In a related development, terrified of the resumption of the uprising on the eve of the 40-day commemoration of the martyrs, the mullahs have put their suppressive forces in Tehran and other cities on full alert. IRGC’s Sarollah patrols, wearing plains clothes, roam the streets of Tehran. The IRGC has canceled leaves for all its personnel until further notice. Simultaneously, access to the Internet has been cut off or slowed down in some cities, such as Tehran and Karaj.” NCRI statement reads in part.

These measures are taken while more than a month after the uprising, the clerical regime continues its efforts to conceal the actual number of the martyrs, the wounded, and those arrested. This reflects the regime’s extreme alarm over the international and domestic consequences of committing a major crime against humanity. At the same time, Iran’s main opposition group the People’s Mojahedin Organization of Iran (PMOI/MEK) released the names of 13 more martyrs of the Iran protests, bringing to 601 the number of those identified so far.

“The crime against humanity, which began with the massacre of unarmed and defenseless protesters in November, is continuing with mass and arbitrary arrests, torture and disposing of prisoners, harassing thousands of families by keeping them in the dark about the fate of their children, cutting off communication, and blocking information. The regime will construe silence and inaction as a green light to continue and intensify its crimes against humanity.” NCRI statement reads adding:

“Mrs. Maryam Rajavi, the President-elect of the National Council of Resistance of Iran (NCRI), called on the international community to take urgent action to stop the killings in Iran. She said the United Nations Security Council must declare this massacre, continuing for 40 days, as a crime against humanity so that those responsible, none other than the regime’s Supreme Leader Ali Khamenei, its President Hassan Rouhani, and other officials, face justice. Mrs. Rajavi also called for the dispatch of UN delegation to Iran to investigate this major crime and visit those arrested.”