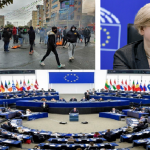 Written by Amineh Qaraee on December 17, 2019. Posted in NEWS 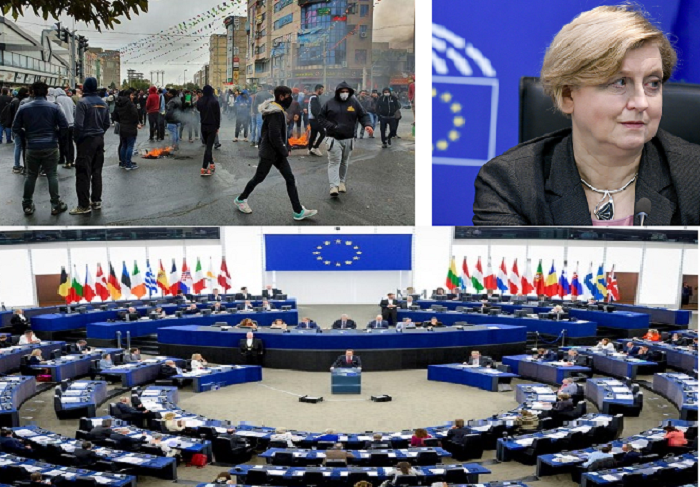 MEK Iran: Members of the European Parliament will vote on a resolution condemning the brutal crackdown of Iran protests

Members of the European Parliament will vote on a resolution later this week condemning the brutal crackdown of Iran protests.

MEPs will debate the draft resolution on this Wednesday and hold a vote on Thursday in Strasbourg, France.

On Monday, Anna Fotyga, Polish lawmaker and member of the European Conservatives and Reformists Group, proposed a motion on behalf of her group to the Parliament on the Iranian regime’s slaughter of defenseless protesters.

Ms. Fotyga, a member of the Parliament’s Foreign Affairs Committee and a former Foreign Minister of Poland, said: “Despite difficulties, opposition protesters, including minors, are meticulously trying to announce the names of those who perished during the demonstrations and protests.”

“Our voice, raised in a timely manner to defend the protesting Iranians, is a matter of life or death for many who are imprisoned and still suffering insecurity.”

“I kindly ask you to give your consent to this item,” said Ms. Fotyga.

MEK Iran reported at least 1500 killed in the recent crackdown on the Iran Protests. MEK Iran also released the names of 520 slain protesters.

Maryam Rajavi, President-elect of the National Council of Resistance of Iran (NCRI), said that the Iranian regime still refuses to hand over the bodies of the martyrs and brazenly demands their families to pay for the bullets with which it murdered their children. This shocking crime is undoubtedly one of the most horrific crimes of the 21st century and by any measure amounts to a manifest case of crimes against humanity. Mrs. Rajavi underscored that the international community must banish the religious fascism ruling Iran.

She tweeted that the United Nations must immediately dispatch fact-finding missions to Iran to investigate the scale of crimes against humanity and visit those arrested, and the world must recognize the Iranian People’s Resistance and uprising to overthrow the mullahs.

With the release of 16 new names, a total of 520 names of martyrs of the nationwide uprising have been announced. Call on the UN to appoint a fact-finding mission to visit those arrested #Iranhttps://t.co/VUyO4rG4AJ pic.twitter.com/qq5LXlp01f

The President-elect of the NCRI  called on the United Nations Security Council and the European Union to take urgent action to stop the crackdown in Iran and crime against humanity and secure the release of those arrested. Mrs. Rajavi urged the International Community and the UN humanitarian bodies to investigate this major crime and visit the regime’s prisons and prisoners.