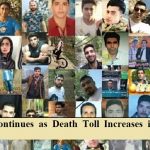 Written by Amineh Qaraee on December 16, 2019. Posted in NEWS 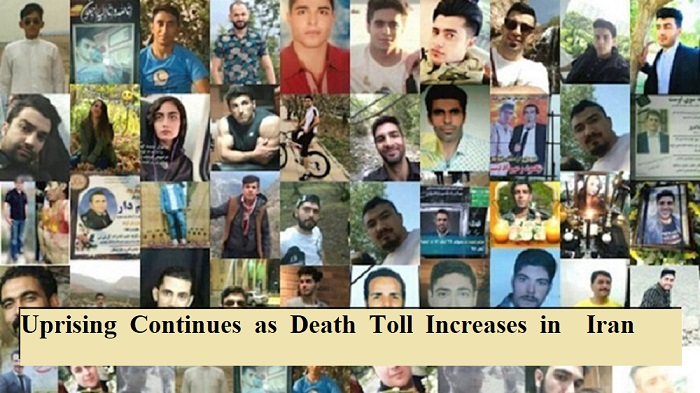 More than a month ago, the people of Iran took to the streets to protest against the regime that put a huge price increase on fuel. The protests spread across the country at an extraordinary speed and it soon became an uprising – the most significant uprising that the regime has ever had to deal with.

There have been many times in the past in which the regime has had to deal with major discontent being voiced by the people, but this time is the most critical for the regime’s survival. Many regime officials have admitted over the past few months that society is simmering with discontent and that it will take one small incident for it to boil over into a major uprising.

The main opposition group to the Iranian regime – the people’s Mojahedin Organization of Iran (PMOI), also known as the Mujahedin-e-Khalq (MEK Iran) – has been setting the wheels in motions for such a scenario. Over the past few years, there have been very regular protests, anti-government demonstrations, and strikes. The MEK Iran has been calling on the people to make their voices heard, and in return, the people of Iran are voicing their support for the MEK Iran and the National Council of Resistance of Iran (NCRI) led by Mrs. Maryam Rajavi.

Because of a massive internet shutdown, the MEK Iran has faced additional challenges in communicating with other Resistance Units across the country, but it has nevertheless been showing signs of success in terms of the advancement of the resistance movement.

MEK Iran has reported that the uprising has spread to almost two hundred towns and cities across the country. This is great news as it shows just how much support the MEK Iran has across Iran.

However, more harrowing statistics from the MEK Iran indicate that there have been more than 12,000 people arrested and more than 4,000 people injured. The regime responded angrily to the people, displaying extreme violence including shooting people at point-blank range, in the head, and through their backs. The MEK Iran has said that there have been at least 1,500 deaths, and the number is rising.

The MEK Iran and the NCRI are calling on the international community to take action to prevent the regime from taking the lives of any more protesters. Mrs Rajavi called on the United Nations Security Council to send a delegation to Iran to establish how the regime is reacting and to put an end to its crimes against humanity.

The PMOI / MEK Iran has massive support, not just inside Iran but also all over the world. There are many political figures that have spoken out in support of the MEK in recent weeks, commending the organisation for its brave actions in the journey towards freedom, democracy and the respect of human rights for the people of Iran.

However, foreign governments have not done enough. The regime is committing crimes against humanity and the MEK Iran and the people of Iran have been left to deal with this by themselves. The people of Iran, are once again, the main victims when it comes to international inaction.